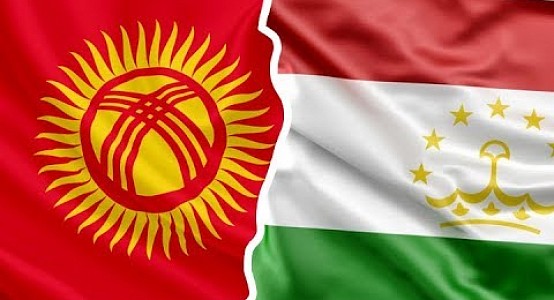 The Ministry of Foreign Affairs in Tajikistan and Kyrguzstan both released a Press Release on the skirmishes and persist conflict on the Tajik-Kyrgyz border. A place that has had several of skirmishes and cease-fires. The nations are clearly tense and has old grudges, as they are now in brewing conflict.

The Press Releases are certainly compelling and telling a story. Because, it shows what both sides believes and wants to state as fact. That’s why I will take the Press Releases by each side and just show how they portray it. Since that shows what is going down and how they are operating.

Let’s begin with how they claim it all started on the 14th September 2022:

“We consider that groundless accusations of Tajikistan against Kyrgyzstan in “military aggression towards the Republic of Tajikistan” is an attempt to put the responsibility and guilt on Kyrgyzstan. The Tajik party has launched the campaign of misinformation in order to discredit the defensive actions of the Kyrgyz Republic. We state that any information from the Ministry of Foreign Affairs of Tajikistan and other public bodies does not correspond the reality. Kyrgyzstan has all the evidence (photos and video footages) of the beginning of aggression, crimes and atrocities of the Tajik soldiers on the territory of our country. We are ready to provide the evidence if necessary” (Kyrgyzstan MFA, 18.09.2022).

Here you see really vast differences in storytelling and in accuracy. The Kyrgyzstan MFA isn’t showing any sort of proof or clarity. Only saying they can provide it. While Tajikistan MFA is direct about where and when. That’s why their statement is more believable in the sense of the actions and how the whole skirmishes on the border started. The Kyrgyzstan on the other hand only dismisses the Tajikistan Press Release without going into detail. That’s concerning, because it isn’t flattering to say the least. When you are accused and only talks of providing evidence, instead of actually outlining how it possibly started. In that regard, I rather believe Tajikistan since they have unleashed details, which can be verified.

When we are seeing just these paragraphs it is obvious that they are both going against each other. They are pinning the blame on each other. However, the Tajikistan Press Release has more accurate details and that makes it more sensible. As the other is just trading insults and accusations against the other party.

Like in the end of the Kyrgyzstan Press Release: “Unlawful actions of the Tajik party are the aggressive and destabilizing campaign which contradicts with bilateral and multilateral agreements, the spirit of good-neighborliness and mutual support between peoples of our countries. We are gravely concerned with the active involvement of irregular paramilitary groups on the Tajik side. The actions of the Tajik side may lead to the outbreak of a large-scale interstate conflict, as well as to the destabilization of the situation in the Central Asian region as a whole. Moreover, the situation provoked by the Tajik side has already resulted in casualties among the civilian population, military personnel, serious damage to military and civilian infrastructure, health and property of local residents” (Kyrgyzstan MFA, 18.09.2022).

As we see, the Kyrgyzstan MFA continues but isn’t direct about where or when. It is just claiming that the Tajikistan forces entered their territories and act outside of the ceasefires. Alas, the Tajikistan MFA said this: “In recent days, with a view to creating the image of an “aggressor” in the face of its neighbor, the Kyrgyz side, not shunning outright lies and insinuations, continues an information campaign against Tajikistan, thereby escalating tension in the border area. On September 17, in his address to the nation, the President of Kyrgyzstan used the word “enemy” in relation to Tajikistan” (Tajikistan MFA, 18.09.2022).

Here we see the differences too. While one is stating and blaming the other party directly through the whole Press Release. The other is saying from the get-go, that it knows its being vilified while their territories are attacked by the neighbour. In this instance, I believe more in Tajikistan own wording. While the Kyrgyzstan only targets the neighbour directly yet again.

This here just shows the stories they are telling. It is compelling with the reports and the actions made by the neighbours. The skirmishes from Kyrgyzstan has surely occurred and they just want to pin Tajikistan in this matter. Certainly more is to come, but this doesn’t bound well for the days to come. Peace.

“The European Commission has proposed sweeping updates [PDF] to trade regulations in an effort to modernise the EU’s export control system and to ensure that the trade in surveillance technology does not facilitate human rights abuses or internal repression.

A previous version of the proposals was obtained and published last month by Euractiv. Privacy International at the time published an analysis of the leaked proposals as they related to surveillance technology, below. Since then, industry and national governments have been lobbying the Commission, which is in charge of formulating policy in the EU, to make changes. The eventual proposals only differ slightly however, with the main change being that the definition of “cyber-surveillance” technology has been narrowed. The actual annex which contains a detailed list of what technology has been subject to control has also been published. In addition to spyware used to infect devices, mobile phone interception tech, and mass internet monitoring centres, the Commission has proposed to add unilateral EU categories. Currently these are listed as telecommunications monitoring centres and lawful interception retention systems.

The proposals encapsulate the best and worst aspects of the European Union. Their stated intent reflects Europe’s commitment to fundamental rights, and — as a regulation — it will be binding on all member states, massively magnifying the effect of any legislation. However, they come five years after initial calls for reform made during the Arab Uprising, when it was revealed that the spying apparatuses of numerous authoritarian states largely relied on European surveillance technology. The policy making process has been marked by technical and bureaucratic complexities detached from individuals, making it vulnerable to the interests of industry, powerful national governments, and civil society.

Privacy International will be working to analyse the full implications of the proposal and to ensure that effective safeguards are eventually implemented, and encourages everyone to do so.”