“Every time I hear a political speech or I read those of our leaders, I am horrified at having, for years, heard nothing which sounded human. It is always the same words telling the same lies. And the fact that men accept this, that the people’s anger has not destroyed these hollow clowns, strikes me as proof that men attribute no importance to the way they are governed; that they gamble – yes, gamble – with a whole part of their life and their so called ‘vital interests.”

It already decades since Albert Camus graced this blue earth with more water than soil, still his words could be used today and his wisdom is still able to question our leaders of today. The resembling manner and tone, the bristling and blatant words that is still has the sharpness of a blade and cut into the bone.

Why? Why can it cut because the manners of politicians decades ago, seemingly is the same today. As the lies and deceit hasn’t left the politics. Neither has the foul play to gain power instead of serving the public. In general theory the Local Council Members, State Representatives, Governors, Senators, Members of Parliament (MPs) and the Executives are supposed to honour their pledges and be accountable to their caucus, constituency or district. Instead they are more loyal to their own careers than serving their voters. So often feels like a broken bridge between the public, the voters and the representative.

The bridge as they only appear right before the die is cast, sorry, the voters has to cast their ballot or polls as their job is on the line; their legitimacy and their relations has to be kept in upkeep as the liability towards the public sphere is important to promise and pledge to fix housing, roads, hospitals, civic education and save the kids. If not they will save the nation or district from biblical disasters, terrorists and unknown dangers.

We have all heard it and know the clichés and the artificial blend of phrases in a rhetorical manner, especially in a coded manner that could fence the xenophobia, the fear and the destructive tone.

Still, we accept this for the faith that the fake and lively attitude to collect the votes from us. The reality is that the lies and fakes to satisfy the play of guards and the sovereign measures of needed institutions to control and have oversight of the state. We should still ask questions to the needed for the lies in speeches and care as the politicians rather spend their time with family, than cutting bonds on roads in the province of nowhere with a local mayor who hate the guts of the Infrastructure Minister who feels betrayed by the locals as they wouldn’t vote for his party if their lives dependent on it.

The seasoned man, who has been in rain have made you wet, who has been in the sun has gotten burned. The measures men does to secure itself with umbrellas and jacket to keep each other dry, the same with sun-cream and others to keep the skin-away from the burning sun. Therefore the men who does so should also be able to pick away the men and woman who lies for their trade.

The quack-sellers and the snake-oil salesmen are in the trades of the Politics. Therefore some politicians earn coinage on their pivoting, their change of heart and their tricks to always stay in the good graces. But this is the not the men of solitude or the men of honour or trustworthy. You never know what they really stand for or what their ethical background as their choices are more a popularity contest of American Idol or Big Brother than of politics.

That is the reason why men like Nigel Farage, Donald J. Trump or other rascals with very little soul for their initial policies or political framework can get space in the political landscape as our tabloid headline dramatics can give space and airtime on radio and TV for their message. The message creates high ratings and secures advertisement monies to the Media Houses who couldn’t care less about the outcome of an election as they are there for profits; not for the common-good or service delivery of the politicians.

So we are at the time of day where the words of Albert Camus are righteous as the politicians are not telling about secret meetings, keeping the main objectives between the government funding, the multi-national companies and the trade-agreements; also with the bilateral agreements between nations and international organizations that are happening between the closed doors and is why the dossiers through whistle-blower’s are hurting the campaigns and the national security. But most likely also destroying the façade the politicians create and their level of PR expertise and also beholden to the laws they are supposed to keep.

The mentality of this together with the double-edged swords of public perception can cross through the flesh and destroys careers of an ordinary politician as the sexual adventures of Dominic Strauss-Kahn (DSK), but a few blunders haven’t stopped the Republican Nominee Trump. But at these times the lies and fakery seems to let him win over the American nation, instead of them repelling from his words.

So the political speech should be coded and with current words that express the views and place in the political landscape. Still, today there are more worrying signs of the way it is portrayed and accepted as the men behind the words are not stopped or feasible destroy the character not give the politician the space on the mainstream media.

This should be a worrying and not be a place our modern society should be in, where we let stone-age rhetoric and hatred towards fellow humans beings get away with their malicious attempts of gripping power by the teleprompter and by the social media machine of the political parties and the PR experts supporting the Politicians. Therefore the Citizens Kane of the world usually gets discredited on their way to public office, but now it is free-for-all. 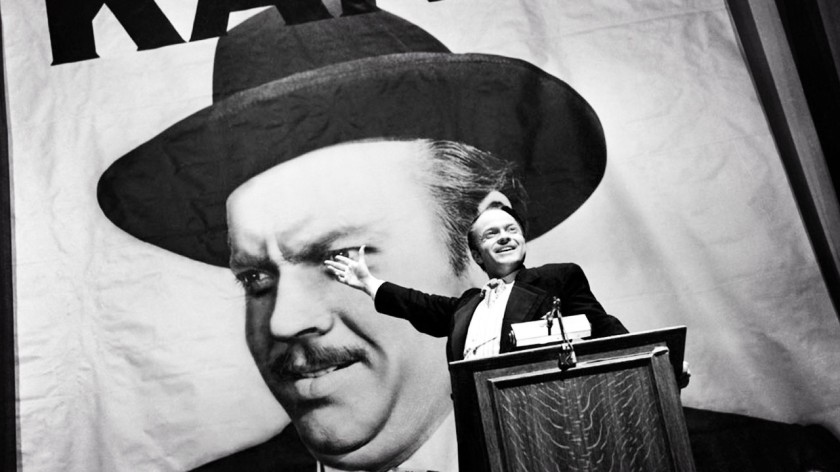 Just like Citizen Kane as Charles Foster Kane in his final speech in his campaign for becoming Governor of New York:

“It is no secret that I entered upon this campaign with no thought. That I could be elected Governor of this state!  It is now no secret that every straw vote, every independent pole, shows that I will be elected. And I repeat to you – my first official act as Governor will be to appoint a special District Attorney to arrange for the indictment, prosecution and conviction of Boss Edward G. Rogers!” (Citizen Kane, 1941).

Other Politicians of these days are convicting fellow politicians without trials as a political gain and earn coinage on their bad moral. This is their moral and bad judgement that deserves to be punished with conviction and getting on trial through going courtside for their acts and activity. So with this in mind, the lying political speeches and does it with vital interest of the public sphere.

Main question after this triad from me; why should we accept his behaviour and accept these men leading us without any real discredit or any real consequence for the politician? This is what the society gets together with the public who is eating the bullshit from the politicians. But, that isn’t it, right? Peace.