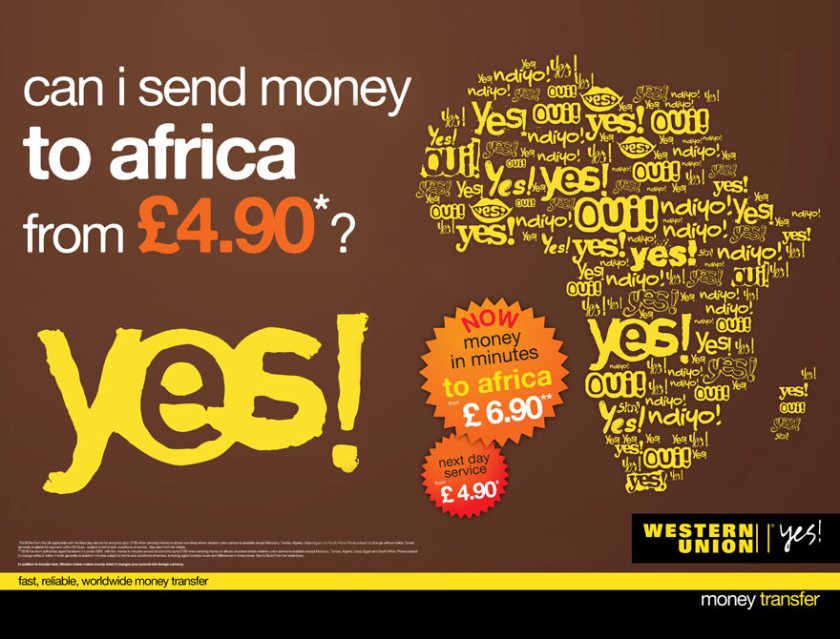 ACCRA, Ghana–(BUSINESS WIRE)–Western Union Company (NYSE:WU, a leader in global payment services, today celebrated its 20th anniversary in Africa. With over 34,000 locations and connections to millions of bank accounts and mobile wallets in more than 50 countries and territories, across Africa, the Western Union network serves millions of senders and receivers with a choice of 120 currencies.

To celebrate this special milestone, Western Union’s President for Africa, Middle East, Asia Pacific, Eastern Europe and CIS, Jean Claude Farah, in addition to Aida Diarra, Western Union’s Regional Vice President and Head of Africa and other members of the Africa leadership team visited the first agent location at ADB (Agricultural Development Bank) that offered Western Union money transfer services for the first time in Africa in 1995. The WU leadership team also visited Ecobank head office in Accra and marked the occasion with the launch of the Account Based Money Transfer services through ATM in Ghana.

The Western Union 20th Anniversary celebration in Ghana in Africa, coincides with a speech made by President Barack Obama at the African Union Headquarters in Addis Ababa, Ethiopia, where he is quoted saying:

“Today, Africa is one of the fastest-growing regions in the world. Africa’s middle class is projected to grow to more than one billion consumers. With hundreds of millions of mobile phones, surging access to the Internet, Africans are beginning to leapfrog old technologies into new prosperity. Africa is on the move, a new Africa is emerging.”

Western Union is committed to the expansion and development of its pan-African network which provides a critical link to the ever growing African Diaspora living and working in countries around the world.

“More than 30 million Africans live outside their home countries, contributing billions of USD in remittances to their families and communities back home every year1”, said Jean Claude Farah. “We are very humbled to play a role in helping them move their money as they seek to elevate their economic status, meet emergency needs, support healthcare requirements, contribute to the education of future generations and in many instances build their own small businesses. By moving money for better for 20 years Western is enabling a world of possibilities for Africa and in Africa.”

Aida Diarra added, “Through the work we do we also enable economic activity and job creation. Currently over 155,000 Front Line Associates (FLAs) are employed in our agent network on the African continent. Western Union invests in training these FLAs developing their business, technical and compliance skills.”

In addition to the socio-economic impact that remittances enable, the company also supports philanthropic activities in Africa via the Western Union Foundation which has a long history of giving back to communities across the African continent. It supports organizations that promote economic opportunity and growth for individuals, families and entire communities throughout the region. Since its creation, the Western Union Foundation has committed to $8.703 million in grants and donations to 158 NGOs in more than 40 countries across Africa.

The Western Union Company (NYSE: WU) is a leader in global payment services. Together with its Vigo, Orlandi Valuta, Pago Facil and Western Union Business Solutions branded payment services, Western Union provides consumers and businesses with fast, reliable and convenient ways to send and receive money around the world, to send payments and to purchase money orders. As of March 31, 2015, the Western Union, Vigo and Orlandi Valuta branded services were offered through a combined network of over 500,000 agent locations in 200 countries and territories and over 100,000 ATMs and kiosks. In 2014, The Western Union Company completed 255 million consumer-to-consumer transactions worldwide, moving $85 billion of principal between consumers, and 484 million business payments. For more information, visit www.WesternUnion.com.