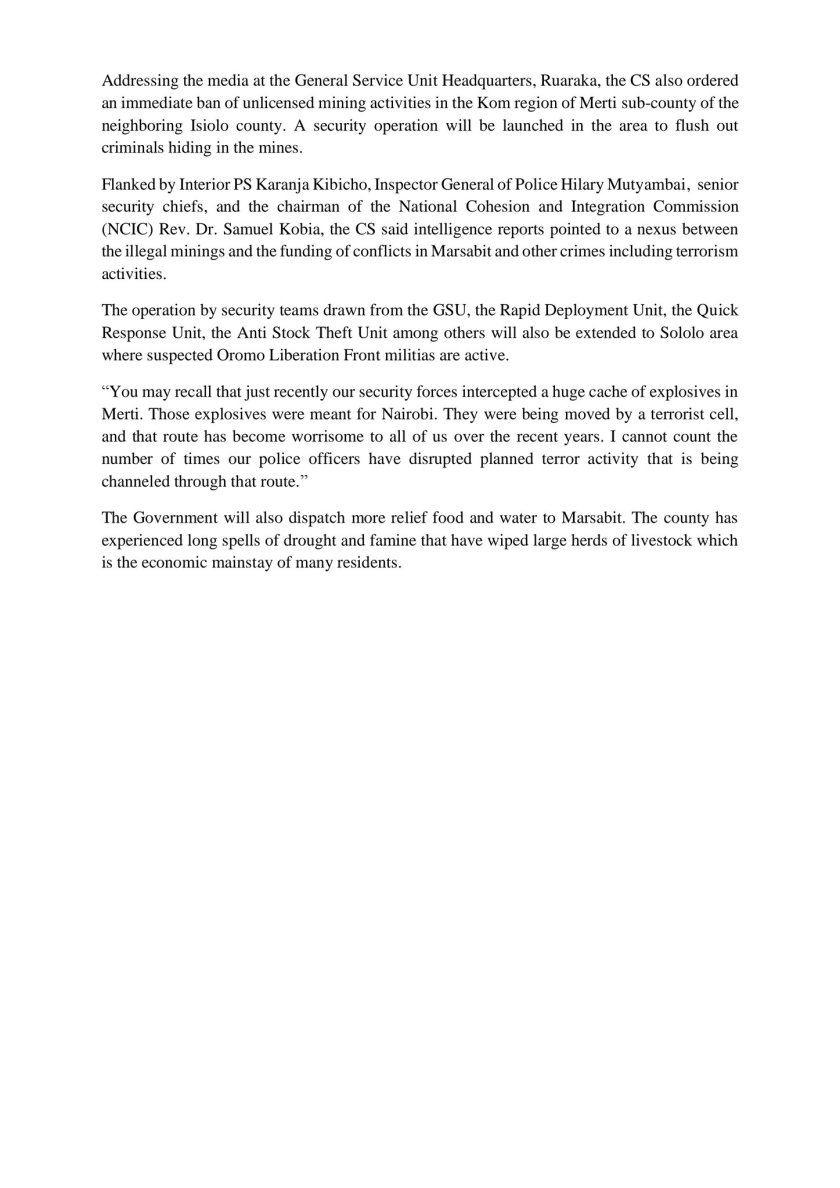 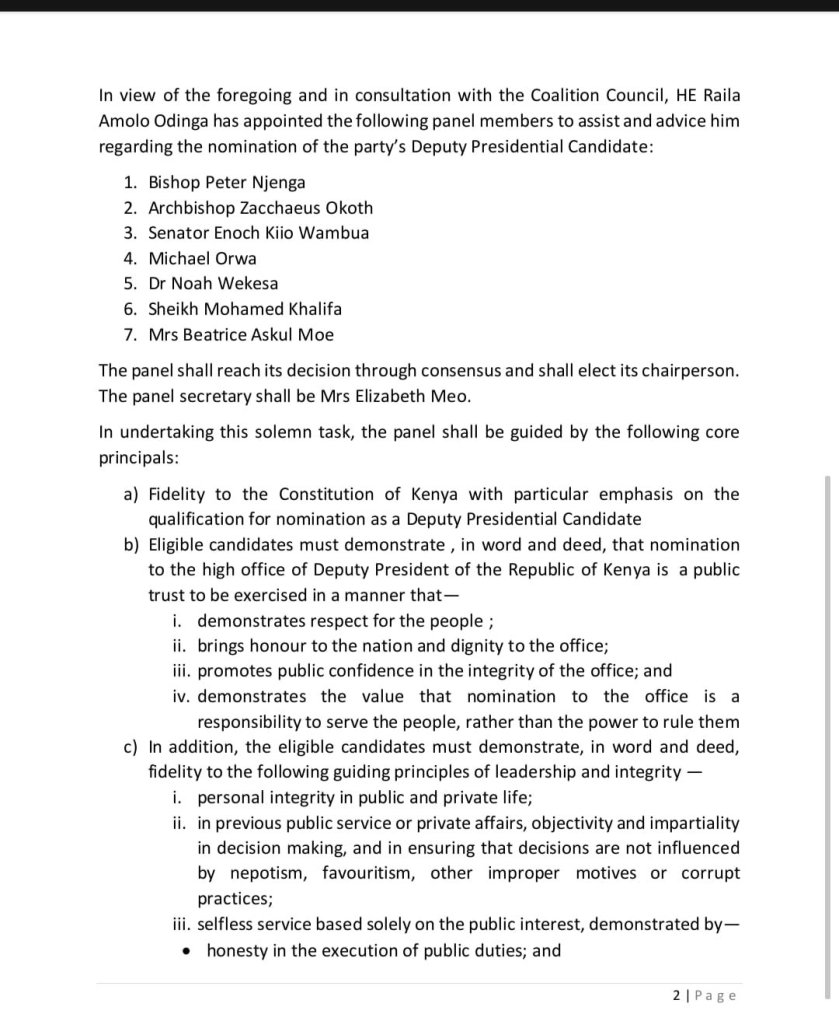 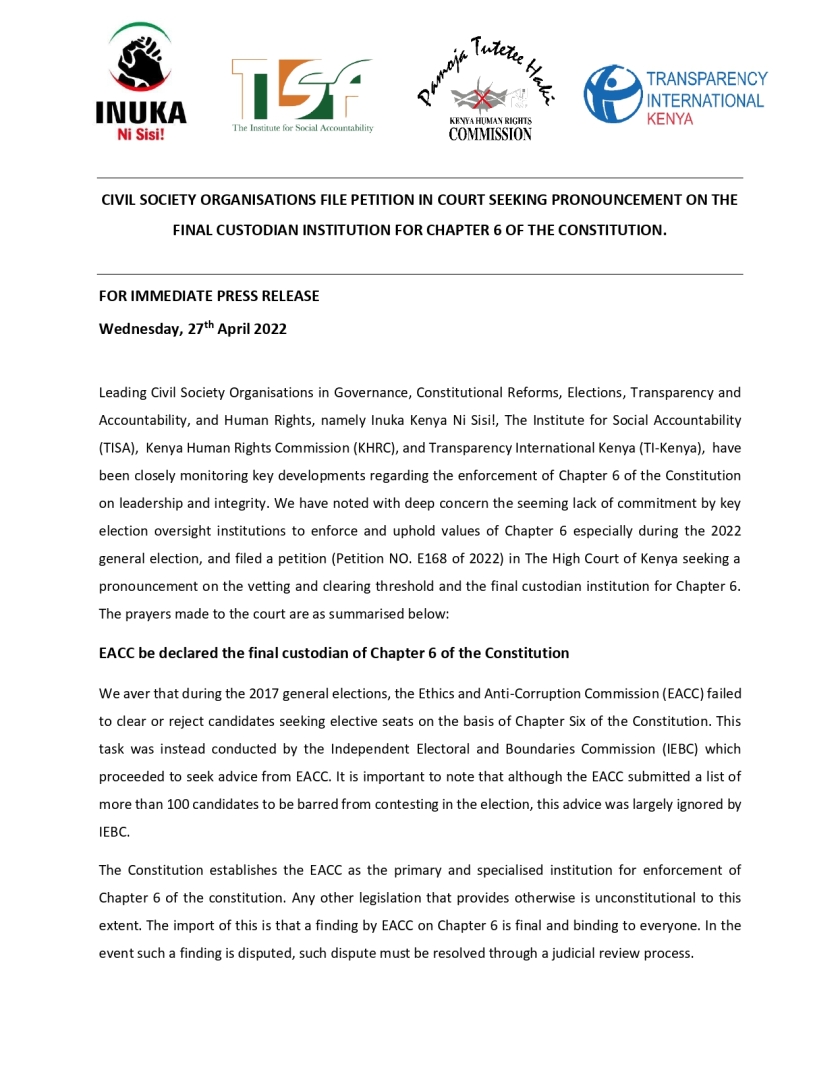 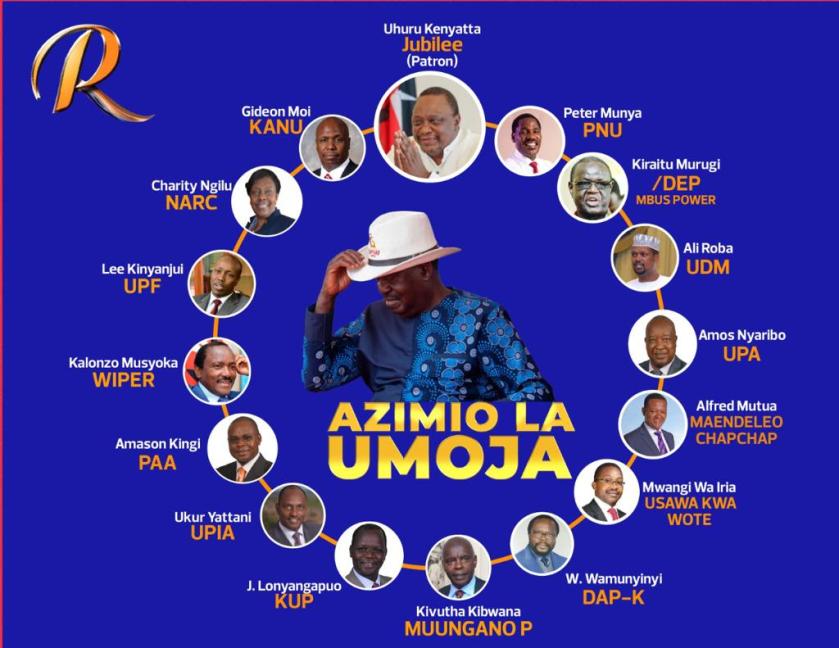 The Wiper Democratic Movement President, One Kenya Alliance (OKA) Principal and part of Azimio La Umoja Coalition as a Council Member, Stephen Kalonzo Musyoka is now going in hard as his supposed to be the Deputy President Candidate of the Azimio La Umoja – One Kenya Alliance Coalition Party. Because, everyone knows that the Presidential Candidate will be Raila Odinga. That is predetermined and was written in stone.

If it will be so in 2022… then the joint ticket of Odinga-Kalonzo will be the third time. This has been done in coalition for Reforms and Democracy (CORD) in 2013 and in the National Super Alliance (NASA) in 2017. Both times he was the Deputy on the ticket. It is a miracle that his still by the side and was able to negotiate himself into the Azimio camp after ditching the Swearing-In Ceremony on the 30th January 2018 at Uhuru Park. While he was able to get into good graces and become a Special Envoy to South Sudan in that term after the handshake between Odinga and Kenyatta.

Odinga and Kenyatta has joined forces in Azimio, just like they did in the Building Bridges Initiative (BBI). Kalonzo Musyoka is only benefiting from the fruits of their labour and now want the full buffet in this coalition party as well.

He is now acting like what his bringing is such huge following. That if Azimio-OKA will get certain votes and such. The coalition party needs to cater and ensure Kalonzo Musyoka becomes the DP. This would make this ticket for the third time and in a third alliance.

Kalonzo Musyoka is then not thinking of any of the other parties. Him and the OKA isn’t the only group in the Azimio. He acts like his the supreme ring leader beneath Odinga. That’s how things are looking and he should consider himself accordingly.

The whole Coalition Party is filled with leaders. There could be other strategies. That’s why Azimio is vastly different from CORD/NASA as is. Azimio has a broader spectrum and a bigger range of political leaders. This is why Kalonzo Musyoka could await what would happen after the polls. As he could get a plum-job then, because he participated and negotiated in this coalition already.

We know there is a top tier of the Jubilee and Orange Democratic Movement (ODM) within the Azimio. The second is the supposed OKA and the latter is the Mwanzo Mpya Caucus. Therefore, there is several of wings within the Coalition Party. Where several of leaders could get ranked and become DP.

Why should Odinga risk his ticket for a third time?

There several of other Council Members that is eligible and could become the DP. It could be Gideon Moi, Hassan Ali Joho, Sabina Chege, Naomi Shaban, Martha Wangare Karua, Charity Kaluki Ngilu, Wafula Wamunyinyi, Abdi Noor Omar Farah and Junet Mohamed. It is not like his only Council Member who is capable and eligible. Why should he outrank these people? What is so special and unique with Kalonzo?

Well, that he plays all different fields… and switches alliances after what is serving him the most. That’s why he played so hard to get before signing with Azimio too. It was inevitable when NASA Co-Principals went to Kenya Kwanza Alliance. He had to go Azimio. Therefore, Kalonzo should feel blessed that Azimio let him in and let the OKA become a part of the Coalition Party.

Kalonzo needs to rest on his laurels and what he has achieved already. Nevertheless… he wants to be the big-man… but he isn’t as grand, because there is nothing written in stone. It is a reason why he isn’t trusted or respected. His jumping ship quickly and seeking safe-haven. Kalonzo …. needs to chill… and Azimio should pick the most fitted and in particular someone who could create trust and goodwill outside of the coalition. However, don’t trust that… because these things will be traded and negotiated there too. Peace. 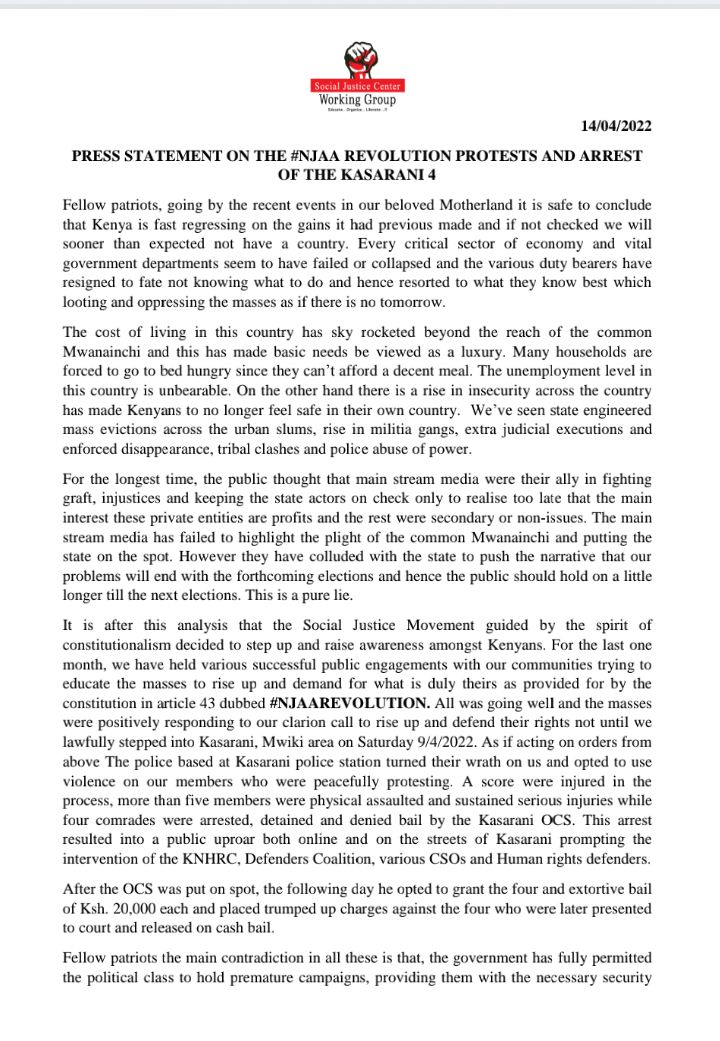 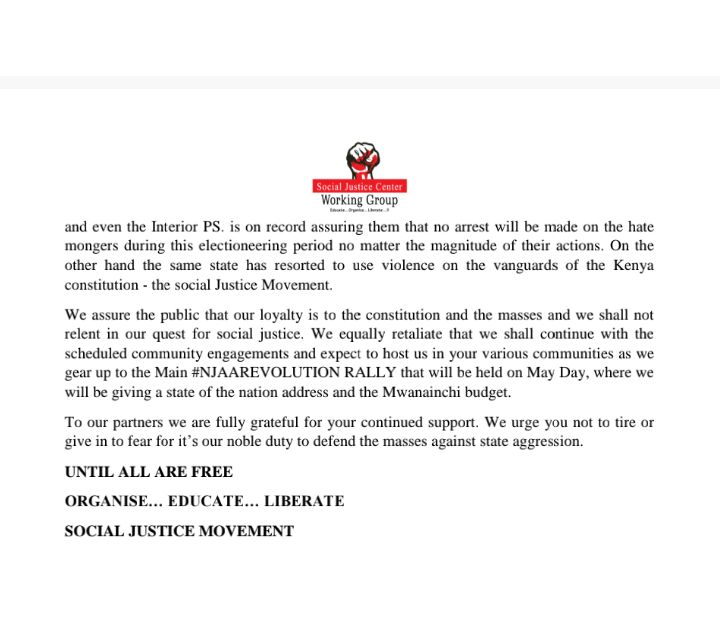 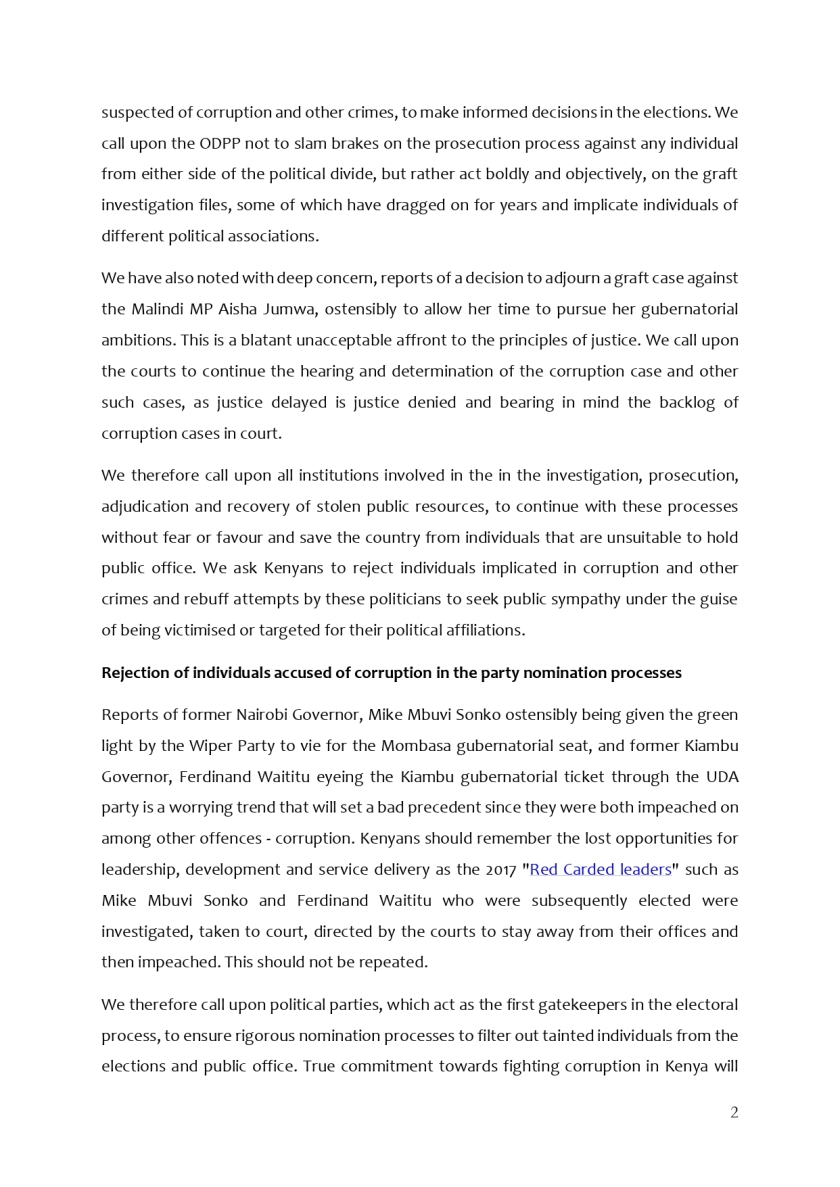 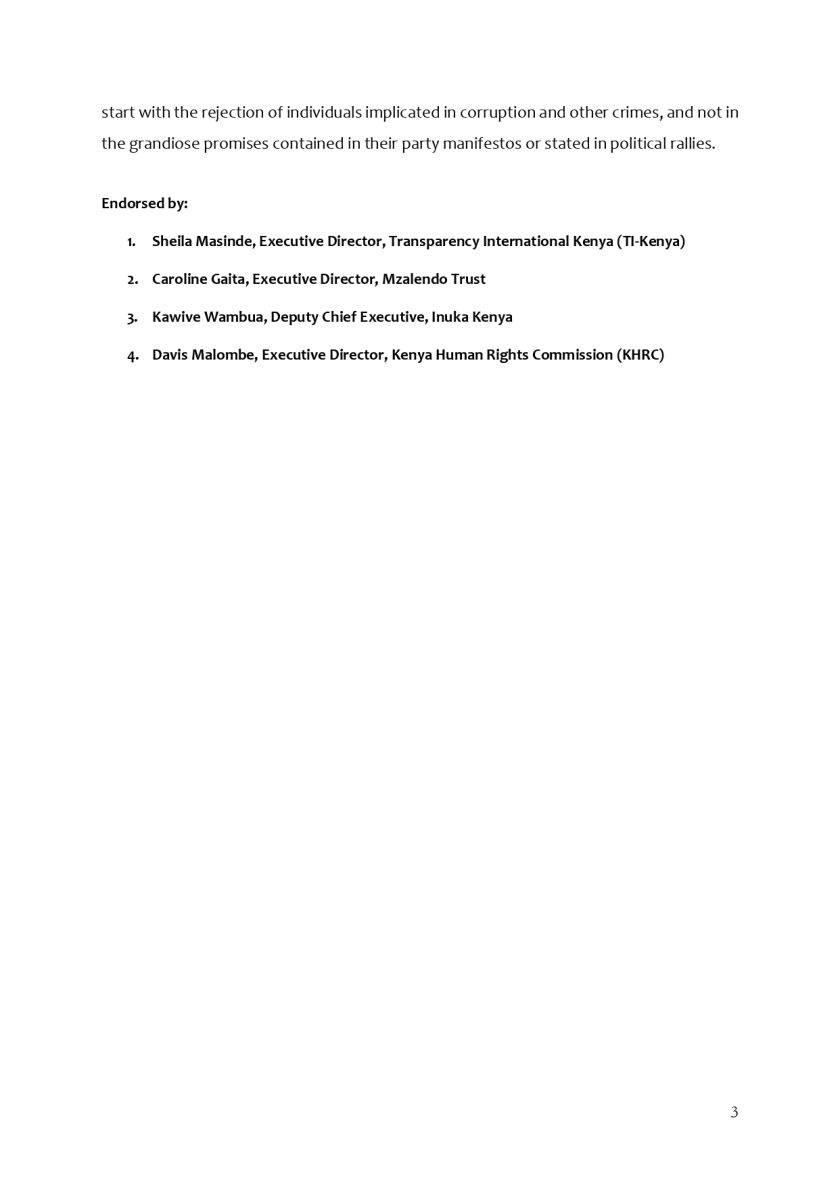