“Munir Sheikh Ahmed officially exited National Bank of Kenya. The former Managing Director and Chief Executive Officer was suspended on March 29th over allegations of fraud. The bank’s board sent out formal notices to the Nairobi Securities Exchange which also indicated two more official exits from NBK.  These are Boniface Biko who was the Executive Director in charge of Corporate Institutional and Business Banking, as well as the Chief Finance Officer, Chris Kisire. The three former senior managers are among the 6 who had been suspended over breach of fiduciary duty” (NTV Kenya, 2016). 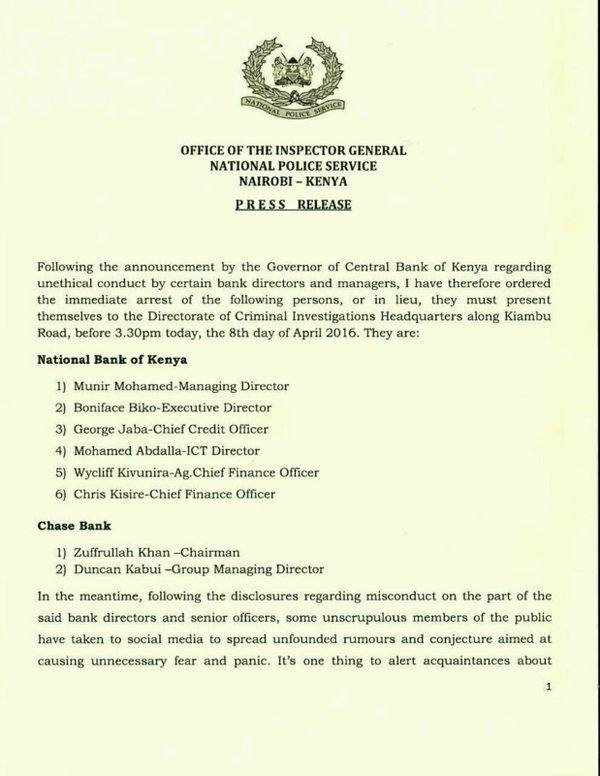