“What is the mental state of someone who is called to acquire capacity to defend his or her job and they don’t show up? Those who did not attend must answer,” IGP Kale Kayihura.

Just as expected the Ugandan Police Force would act out the Interim Order with Impunity and no honour. Today a man named Journalist Ronald Muhinda (Radio One FM 90) took this photo(the first photo); this photo in Kasangati on the first day the Interim Order of last Friday comes into effect as the FDC usually have prayers at their headquarters as a peaceful step to #FreeMyVote. Something the Deputy Justice Stephen Kavuma has seen as a malice attempt to undermine the rule of law, so apparently taking photos in Kasangati is illegal and is now the state of affairs.

“By press time, unspecified number of people including Daily Monitor reporter Stephen Kafeero had been arrested by police at FDC head offices in Najjanankumbi and Kasangati. However, Mr Kafeero was later released” (Daily Monitor, 03.05.2016).

This happens as early this morning as the news of Police Force have in deployed heavy guarded police at the FDC Headquarter of Najjankumbi in Kampala. So they wasted no time to use their force. The operation is under the command of the deputy RPC Kampala South Kaheebwa Geoffrey.

Even Pastor David Ngabo has been detained on the road towards the Najjankumbi to attend prayers. He has honoured his words last week where he said he would have no trouble being detained as a result of fighting the oppression. Also the other parts of Pastor Ngabo pastoral team have been detained.  Another man on the road who is detained is also Sheik Katende. 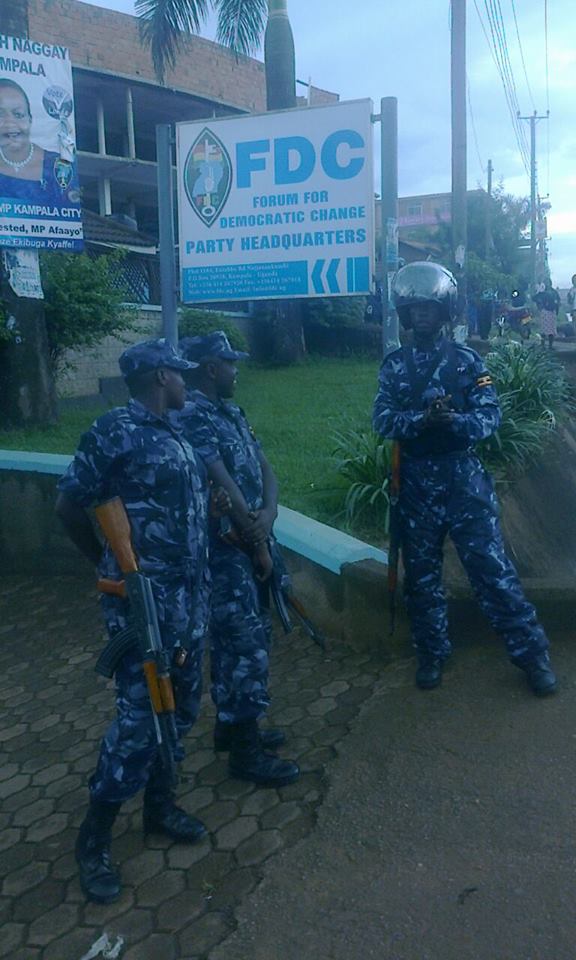 As we see with the journalist photo of Kasangati and with the state of Najjankumbi. There will be more arrests as I expected as the FDC leadership and FDC Youth Members will be picked up the Police Force. Early this morning Councillor Elect of Kawempe, Kampala Muhammad Ssegirinya got the call from DPC Kawempe and was told not to attend the prayers at the FDC Headquarters! Dr. Stella Nyanzi have also been detained on the road towards Najjankumbi to attend the prayers. 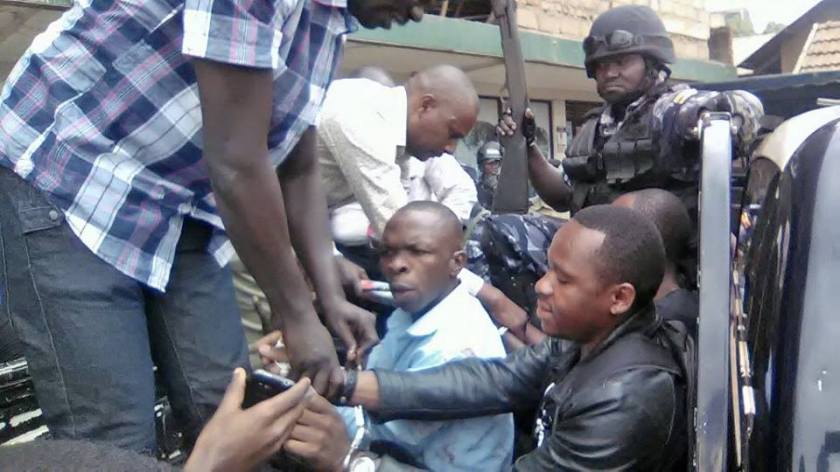 More Pictures from the FDC Headquarters where the Police Force is busy detaining FDC Members today.

There will be to come as the events unfold and as the information on how the Uganda Police Force detain the oppostion who just trying to assemble for prayers as a civil disobidience towards the Government who has stolen their votes in the General Election 2016 and their Presidential election 2016.

Party president General Muntu arrives followed by Pastor Ngabo amidst the police and military siege around the offices.

Lord Mayor Erias Lukwago have been detained and taken away at FDC Headquarters in Najjankumbi and taken into the Black Van that have followed the Ugandan General Election and been the famous car driving Besigye to Naggalama thorugh whole of February 2016.

This here violates all democratic values and proves to what extent President Museveni and IGP Kale Kayihura works to keep themselves in power. Peace.