Archive for the tag “Banning Demonstrations”

Most of us have focused on banning prayer. However, in its true form, this order is just one step towards banning FDC, and eventually all opposition parties and organised political groups in Uganda. This is why we should firmly resist this unlawful order.

It is likely that Col. Besigye will be put under house arrest again. If this happens, we appeal to the FDC President, Gen Mugisha Muntu and the party leadership to step in boldly to provide direction.

We also believe that FDC, being the party that won the presidential election, should FORMALLY seek the active cooperation of other like minded political parties, organised pressure groups and prominent individuals in society. This will give the struggle a more national and inclusive character. We hope that this will result into the formation of a solid “Alliance for Change”. 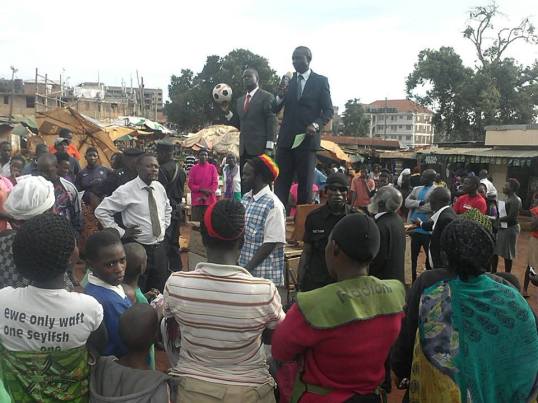 For us at The Independent Coalition, TIC, which fronted me as Presidential candidate, we unconditionally support the planned peaceful protests commencing on May 5th, 2016.

We shall make our humble contribution to this effort, which we anticipate to be long and tough. May 5, to us at TIC, is just the first day of the journey to the restoration of true democracy, rule of law and the dignity of our people.

For God and my Country.

Opinion: the Real implications of the Interim Order towards the banning of the FDC and their Defiance Campaign! 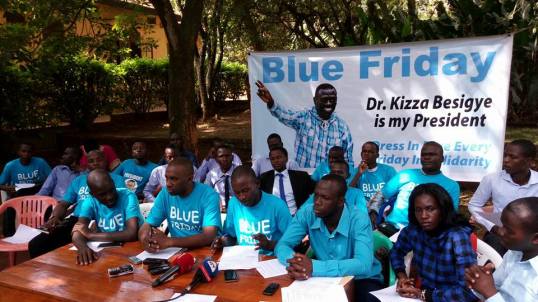 “He has decreed that there would be no prayers. Can you imagine? Sometimes I wonder if I am living in the right country at the right time. I can’t believe that a person in 2016 can sit anywhere and order that people shouldn’t pray,” Dr. Kizza Besigye

There are days when we wish that we are united, we are in in sync and have a mutual respect for each even when disagreeing. That is not the line in the sand when it comes to National Resistance Movement, the judiciary of Uganda and the Uganda Police Force who are doing what they can to silence the opposition. The Interim Order is the last straw in a long line of oppressive behaviour from the authorities and the ruling party NRM towards the FDC.

As the Interim Orders come’s the Executive, the President, Yoweri Kaguta Museveni has to warn opposition of demonstrating, the same as his fellow crony did first Inspector General of Police Kale Kayihura have done the same. They have to warn the public of demonstrating and taking parts of Defiance Campaign.

President Museveni have talked with anger and said he would crush the opposition and sensitize the public to be behind him, without any question. The same comes from the Police Force who has said they would not give power to the Opposition. Secretary General of the NRM Justine Lumumba has talked of killing civilians who goes against the ruling party. Even Local Councillors of the NRM have come with the same kind of words and said that the Opposition does not belong into power. So the ruling party from the top and down to the grass-root is spreading fear and loathing in the country.

So the Interim Order is the next step that the Judiciary bans the FDC from reacting to the flawed elections and the announced tally results that fits the mind of the Executive of the NRM. That again proves the rule of law only fits for the ruling party and everybody else have to nod along and follow; partly also not question the judgement of the Judiciary and the NRM who can do as they like.

As the Police Force have constantly done whatever in their power to stifle the FDC and the aftermath of the general elections; the way the Police Force even had to close down the Party celebrations of Local Councillors in Kampala proves the liability, and fear that the Ruling Party combined with the Police Force to harass the opposition with force.

So the matter at hand is that Police Force and the Ruling Party is more ruthless in 2016 than in 2011. The way of the Ruling Party is to have consensus and trust of the people, but that is not the way the NRM and their regime is doing their thing. They have to fight with fear, with the army, with the Police and come with Court Orders to supress the fellow citizens into the Party Line and into the line of the Executive.

So yesterday President Museveni has to warn the public of disobedience to his POWER and his RULE. He is the grand leader and the elder who supposed to know how the system of loyalty is anymore. The Museveni of 2016 are using force to force himself towards the people. The Regime and their laws are becoming more beaming as they doesn’t control the people, but makes sure they can take down anybody who they need to silence. The NRM have no intent to give the power away and let it go. That from a man who went to the bush for a heavy rigged election and have now created the same kind of sham election in 2016. The only difference is that the army of him is stronger than the ones behind Obote, the Police Force have a bigger mandate then under Obote. So the ones that he needs and pays will willingly use their mandate to keep him there; the ballots and the will of people is not a worry for the President. The Army and Police Force is the beacon of what the Power that the President have for the moment.

As they use the levels of the oppressive regime, they will hunt down and detain all of the leadership of the FDC, they will viciously attack the headquarters of Najjankumbi. The cars of the FDC will be torn to pieces. The crowds that show up will eat tear-gas and even live bullets might hit some flesh. So the ones supporting the opposition and the cause of bringing down the NRM and their Executive will cost them and the Police Force will hunt them.

So if the International media and the men and woman, who cares about Free Speech, justice and true security of fellow citizens and human beings they should decree support for the FDC as the NRM Regime use all their weapons of fear and actual weapons to shut them down. That is something they will do without question.

“There is an English saying; “better a live rat than a dead lion”! Those who are swearing to die protesting, Uganda needs them more alive than dead!! Nobody dead saves those alive under whatever circumstances!”.

So the Regime is ready to address the public as rats, and says they will die protesting. Not let them protest in peaceful ways, but die protesting their regime. This is the Government spokesman of the country following the long line from the Executive addressing fellow citizens with words of honour and valour where he says they will die protesting. I wonder who will kill them, either the unemployment or the harassment from the government facilitated security organizations that will display violence towards fellow citizens who planned to peacefully display their disobedience towards the authorities, that takes it all to themselves then serving the fellow citizen. Peace.