“But it takes two to tangle. If we all care to stick to professionalism, these unnecessary things will be minimized. You can’t have a State that is a threat to its citizens, and our position is clear. The State is there to mitigate internal and external threats. It gets hard when these are being implemented. If you mingle with a very volatile situation, it may be difficult to isolate the actors who are on the wrong side. Once you are a journalist, prove to us that you are exercising journalism. Professionalism will help all of us” – Chief Political Commissar UPDF, Henry Matsiko (28.12.2020).

What is a spectacle after yesterday that the Uganda People’s Defence Force (UPDF) or the National Army are now telling journalists and the media how to do their work. The ones that is supposed to defend them. Just like the President they are “enlightening” the crowds how they are supposed to work.

Matsiko is following the trend of former IGP Kale Kayihura who also had the skills to tell how others should operate or do their work. Kayihura could tell both journalists and opposition politicians how to work. Now he does the same.

However, Matsiko says its harder to know who is on the wrong side. We all know that is coded for “opposition”. To say anything else… is just rubbish. They are telling the journalists to be professional, while their operatives and soldiers are shooting bullets into crowds and hitting journalists in the head. That is really serious…

If the UPDF is afraid of threats. Shouldn’t they get help to investigate and look into the issues before they go into a situation like a warzone. When the Opposition have notified and sent letters to the authorities telling where they are campaigning and planning to go. So, it is not like the army doesn’t know where the NUP or FDC was planning to go. They have to get verified and allowed to continuing their campaigning in the Election Road Map.

The state knows this and the Army knows this. Especially a brother like Henry who happens to be the Chief Political Commissar. That man should know this and he knows perfectly well that there are journalists following and covering the convoys of the opposition. That was something Kayihura complained about too. So, the state knows this … and he cannot use professionalism. When the army is acting unprofessional and causing fatalities to unarmed civilians during campaign seasons.

That is what is infuriating here. If the soldiers, the authorities was professional. They wouldn’t kill or injure innocent civilians carrying around cameras and voice recorders. No, they would ensure their safety. Also, not hit people in the head as they are covering Bobi Wine’s campaign. Alas, that is too much to ask these days. It is the victims fault like always in the Republic. Victims are the ones to blame and not the trigger happy soldiers… Because, if these trigger happy folks was professional. Maybe they would have secured the territory and not gone after journalists. Peace. 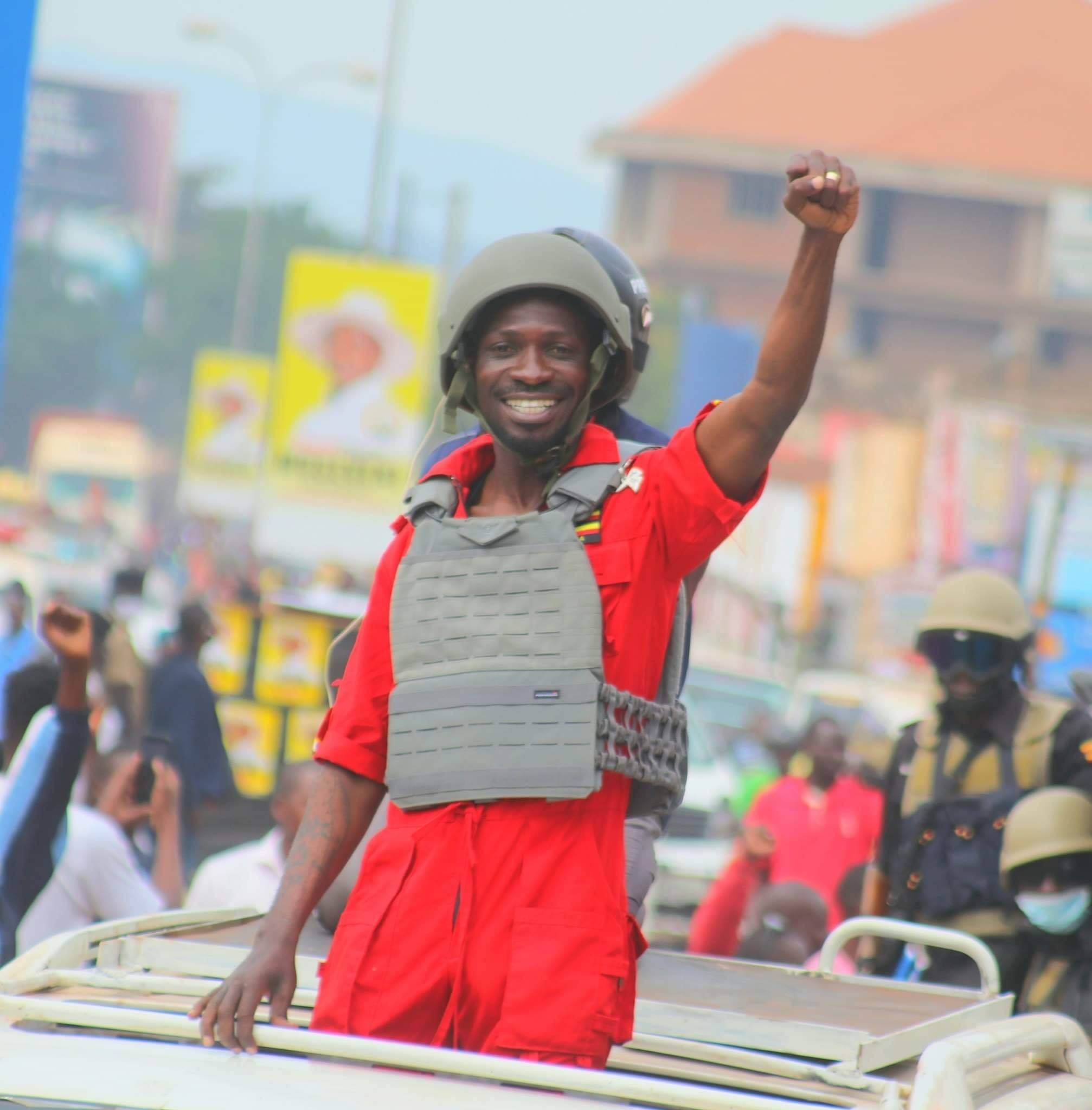 I lack words today… just enough of the suffering. As yet another man dies on the roads to campaign. Yet more people are shot by the authorities in Masaka. As the 14th January 2021 is approaching. Like that is a final end of things.

These sort of actions. The abductions of political affiliates, the arbitrary arrests and extra judicial killings. The state is on full alert. Arresting and nailing the coffins on the ones associated with either the National Unity Platform (NUP) or the Forum for Democratic Change (FDC).

Where activists, party leaders are going missing. Getting arrested like chicken thieves by law enforcement in the night. They are incommunicado and the news are breaking in the morning after. Since, suddenly these folks aren’t appearing or answering the calls like they used too.

This is the sort devious acts the government does. The usage of tear-gas, blocking and closing off public venues. The road-blocks, the arrests on the road and the live-bullets is bad enough. As the stray bullets are hitting civilians. Civilians are hurt by the state sponsored violence and the general public is tearing eyes as the pink tear-gas is appearing. This is happening again and again. A repetitive measure and the suffering continues.

If the National Resistance Movement (NRM) thinks this is cool. They are fools. They are allowing citizens to die on their watch. They are allowing citizens being deemed criminal before evidence and a fair trail ever happening. They are preventative arrests and usage of the power of the state to abduct and keep associated people hostage. This while they are neither getting justice or freedom. A freedom and liberty, a peace that the NRM claims the public has gotten under them.

However, doing this day and night ahead of the polls. Only shows the world one thing. That the President is a tyrant and a dictator. He got no back-bone to have real opposition. He cannot stomach a multi-party democracy. If he did, he would be happy that the NUP and FDC was campaigning and building up their parties. Alas, he rather destroy them with his military and his police.

This election is fraudulent and a charade even before the ballots are cast. These elections are marred with government sponsored violence and injustice. There is no justification to prolong the agony. The deaths and the injured says enough. The political prisoners and the issues of assembly. Says it all. Where the NRM can do whatever, while the others are tasting the brutal force of the state. They are coming in like the opposition are terrorists or serial killers. While the public are getting the blunt force right in their face. The authorities who are there to protect them are the ones that violates their space and their rights to gather and assemble. That is the tragedy here.

The President and his men can blame the victims, never take responsibility and call it “collateral damage”. Like they broke a glass at a pub during a brawl over who won the last game of Dominoes or something. However, the person who dies cannot be replicated like a glass. The person will not return, only the memory of what that person can linger in people’s heart. The death is the end of a life. That is why its tiring and exhausting knowing people dies over a campaign. Only to spread a political message and bring hope.

The NRM speaks highly of liberation from the past. However, these acts are like the past. The abduction, the arrests and usage of state to destroy the opposition. The amount of skulls, the amount of pain and suffering the NRM has caused. Will one day be tallied and be categorized. The day of reckoning and answering for its ills. Its injustice and impunity will one day happen. Even if it isn’t tomorrow.

Nevertheless, the 14th January 2021 is already set and the goal-post haven’t changed. The state is showing its insincerity and brutality. There is no way these elections will be free nor fair. That has been shown with this campaign. As Bobi Wine sleeps roadside in rural Uganda while awaiting a new day to campaign. That says it all.

These campaigns are rigged, the polls are rigged and the President is a bloodthirsty tyrant. If you don’t know, now you know. Peace. 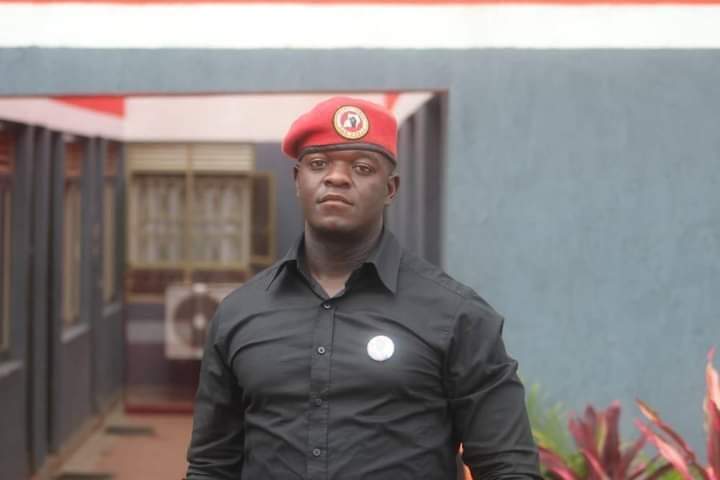 Just after the terrible news of the three journalists shot in Masaka. Robert Kyagulanyi aka Bobi Wine’s Bodyguard Francis Ssentenza Aka Frank, the Personal Bodyguard was knocked down by a police patrol car falling to the ground and dying on the spot.

So much impunity and injustice within a day. The National Unity Platform (NUP) Presidential Candidate and his convoy has been severely hurt by this. The Bodyguard was proclaimed and confirmed dead in Rubaga. Therefore, the fatalities surrounding this campaign continues.

The authorities should answer for this one. This is yet another one and its tragic that its coming to this. Innocent lives taken and just for campaigning. This shouldn’t be a thing. Frank deserves better, all citizens deserves better. He was just doing his job and that cost his life. Peace. 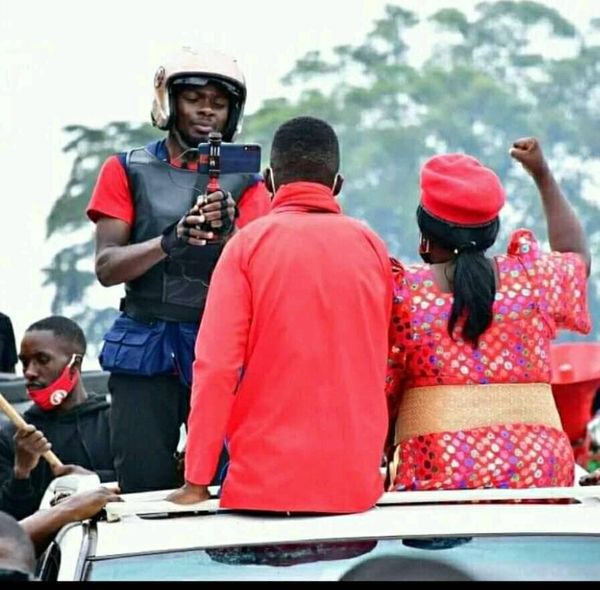 Today as Robert Kyagulanyi aka Bobi Wine was leaving Masaka district after visiting a church ahead of campaigning in Lwengo district. The authorities and the police ambushed the National Unity Platform (NUP) convoy passing the area. They used live bullets on unarmed civilians.

These bullets apparently hit journalist Saif-llah Ashraf Kasirye, a Radio One journalist and an online Ghetto TV in his head. He got taken to the Masaka hospital for treatment. Others who was also hit and injured by the police was the journalist Ali Mviule and Daniel Lutayaa (NBS TV).

This actions is police brutality and journalism isn’t a crime. These folks and citizens are only covering the campaign of Bobi Wine. They are not criminals and haven’t done a crime. These acts are devious and injustice.

Innocent civilians gunned down for doing their job by the security that is supposed to keep them safe. What the police are doing versus what they are supposed to do.

Today has been bloody and unnecessary so. Three journalists doing their job got injured while working. Because some local officer wanted to show his hubris. That isn’t a good sign and the people pulling the trigger will not answer to any courts or any law. While Bobi Wine and his folks has to thread the waters carefully. Since he can answer the same Police Force anytime. Peace.