“BREAKING: In a reply to my Parliamentary question, Minister of Public Works Nathi ‘firepool’ Nhleko, has said that there are no upgrades planned for Zuma’s Nkandla residence. Meanwhile, The chief director of Public Works, Barnie Ntlou told the Sunday Times that work will go ahead at the Presidents residence. Who’s fooling who?” (Mmusi Maimane, 22.05.2017). 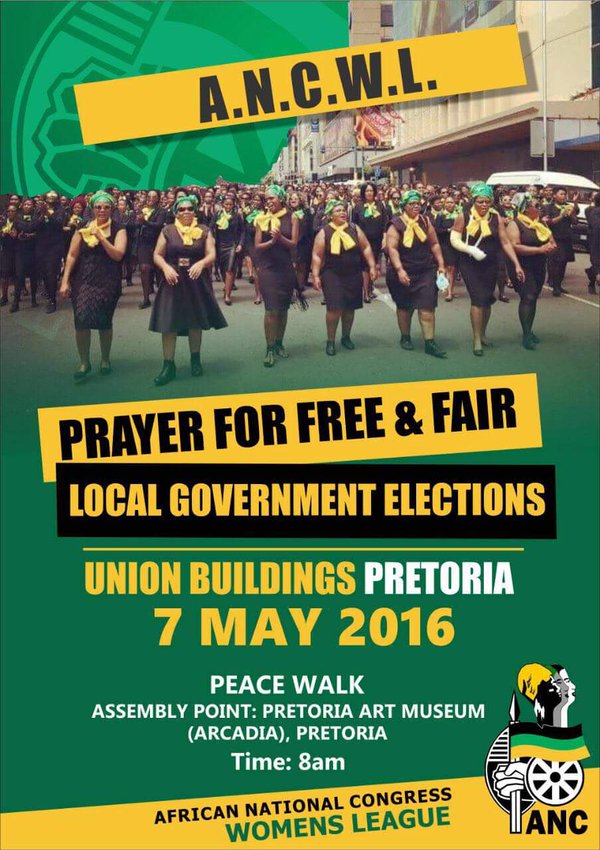 The African National Congress Women’s League (ANCWL) unapologetically and strongly believes that gender-based violence has no place in South Africa (SA) and it must be fought by all in the society for women to live happily as equal citizens in the country. The crime statistics for 2014/15 has shown a significant decrease of recorded cases on sexual offenses to have decreased by 7.4%, from 46,647 to 43,195 respectively however the ANCWL does not celebrate such a decrease as the numbers still remain high.

The ANCWL is disappointed by the likes of Judge Jansen who is supposed to uphold the rule of law in an objective and unbiased manner, defining rape as a black culture. Her comments made on Facebook where she claims that the rape of young children is part of black culture, are purely racist and misrepresentation of facts about black culture. The comments are not in anyway assisting in fighting the scourge of sexual abuse in the country.

The ANCWL respects Judge Jansen’s right to participate in public debate but ANCWL has a view that her utterances on rape as being a black culture undermines the standing and integrity of the judiciary. It is the ANCWL’ s view that she violated Article 7 (a) of the Code of Judicial Conduct for South African Judges adopted in terms of section 12 of the Judicial Service Commission Act, 1994 (Act No 9 OF 1994) which requires her that at all times personally avoid and dissociate herself from comments that are racist, sexist or otherwise manifest discrimination in violation of the equality guaranteed by the Constitution.

The ANCWL has lost trust that Judge Jansen will preside over cases of rape fairly in future and therefore calls on Judicial Services Commission to decisively deal with her and relevant bodies to investigate if these utterances do not justify her being de- registered from the legal fraternity.

Whilst the ANCWL calls for gender transformation of the judiciary, the women’s league does not support views coming from any person irrespective of gender or race that reduces the violent sexual abuse of women in our country as black culture. Sexual abuse knows knows no race or social status it affects us all.