Archive for the tag “Agazi”

TPLF fears the changes: As chairperson Debretsion Gebremichael will defend their ways!

The change of getting Prime Minister Abiy Ahmed of the Oromo People’s Democratic Organization (OPDO) and Demeke Mekonnen Deputy Prime Minister from the Amhara National Democratic Movement (ANDM). This change after resignation Hailemariam Desalegn has changed a lot and also many political movements. That many wasn’t prepared for and also the negotiations with former terrorist organizations in the view of the Ethiopian People’s Revolutionary Defense Force (EPRDF) this being Oromo or Ogaden organizations that has been deemed illegal and has been in exile. Therefore, this movement is change in the political life. While there are still violence and killings since the new PM. Actually rising in certain areas like in the Ogaden/Somali Region. Which should bring fear to anyone.

While the Woyane, the TPLF who has controlled the EPRDF seems to feel they are losing power. At least it looks like it on the vision and the words. They wasn’t prepared for what the PM and his men would do. That is how it sounds like, but they are blowing the horns. Saying their normal ways, of you don’t follow us. You have to be part of our revolutionary democracy. Where we the TPLF selects people and delegates who get to rule. That is what the Chairman was saying. Just take a look!

I have taken an outtake of the “TPLF Chairperson Debretsion Gebremichael’s speech to the party’s Congress in Mekelle on September 26, 2018:

“We have pardoned political parties who reside abroad and came to their homeland. Unfortunately, they are working so hard in collaboration with foreign forces and exploiting this chance to topple the government. They a created a situation where they can engage in both peaceful and unlawful activities. The constitutional rights of the people are undermined and individuals from any ethnic background do not feel safe to work and move anywhere they want and are being attacked” (…) “We, along with other nation and nationalities, should battle these threats in order to maintain peace, development and democracy. We should also battle those who want to establish their own system by creating ethnic tension, disturbing our peace and creating chaos. We are in a very difficult situation and if it is not handled properly it can cause a huge destruction. Therefore an all-round struggle in defense of our revolutionary democracy, constitution and federal system is expected” (Kibreab Beraki – ‘TPLF: ‘Struggle in defense of revolutionary democracy…and federal system is expected’’ 24.10.2018, link: https://www.ethiopia-insight.com/2018/10/24/tplf-struggle-in-defense-of-revolutionary-democracy-and-federal-system-is-expected/?platform=hootsuite).

Somethings doesn’t go away quickly. Like the will of the TPLF to control the agenda and willingly to seek to rule over the rest of the Federal Democratic Republic of Ethiopia. That is just their intent. By any means. TPLF and their chairman are using these, because the changes has occurred and therefore, he has to warn people. Especially the ones just pardoned and the ones political parties who could come home. As long as they doesn’t create chaos and interfere in their revolutionary democracy. That is initially what he is saying. Not that it is new, but shows the sentiment of the TPLF and their central leadership. Which haven’t changed a single bit. They are more about the same, they are the ones who had no trouble silencing the Oromo or the Amhara. Now, the Oromo acts wild on the Ogaden. But they can do that, as long as they doesn’t interfere in the power struggle in their revolutionary democracy. Because that is just the fringes.

The TPLF. The Woyane wants to stay supreme. They want to rule from their Iron Throne. We just has to wonder. How long will people accept it? And how much change can the PM Abiy really do?

As all the changes make it seems like the TPLF Chairman cringes and wants to overpower. That is what it seems. Peace. 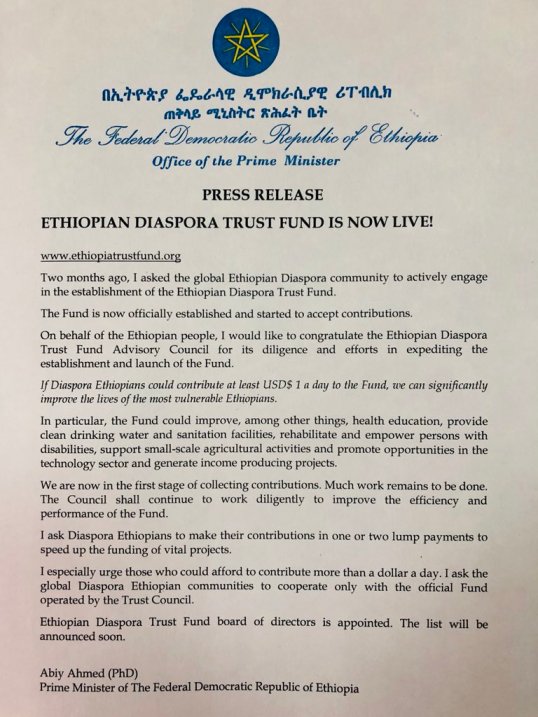 Ethiopia: Should we worry about the Growing Violence during the short tenure of PM Abiy Ahmed? 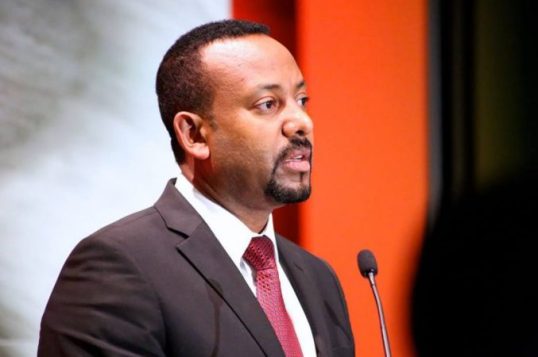 The Ethiopian government continues their crackdown on demonstrations and protesters, even if there are positive steps towards better governance within the Ethiopian People’s Revolutionary Defence Force (EPRDF). Still, the government have not stopped using the army and there has still be lots of fatalities since the appointment of Prime Minister Abiy Ahmed Ali in April 2018.

“Though Abiy’s tenure has been heralded as a pacifying influence, the number of violent events and protests have actually increased by over 8% in the 6 months since he has taken office, relative to the 6 months prior (from 388 to 420 events). This has corresponded to an increase of over 48% in the number of reported fatalities from 644 fatalities in the 6 months before Abiy took office to 954 fatalities from April to October” (ACLED – ‘CHANGE AND CONTINUITY IN PROTESTS AND POLITICAL VIOLENCE PM ABIY’S ETHIOPIA’ 13.10.2018).

This is from someone who follows conflicts and violence has not stopped, but surged a bit. The positive vibes and the diplomatic steps within the Horn of Africa haven’t helped internally. As the sins of the past and the seemingly revenge of the Oromo’s has happen too.

This was also proven further in the report from ACLED: “There has been a marked increase in intercommunal violence since April 2018, concentrated largely in Oromia, Southern Nations, Nationalities, and Peoples’ (SNNP) Region, and Amhara. Between April and October 2018, there were 43 violent interactions between communal militias (an increase of over 168%); over that time period, such intercommunal violence accounted for 10% of the overall number of violent events. Violent events between communal militias and civilians have also been on the rise since Abiy took office, rising from 1% of events in the six month period prior to Abiy’s swearing in to 5%.The prevalence of this violence suggests that local flashpoints over access to resources and mobilization around ethnic lines is on the rise since Abiy took office. Mobilization along ethnic lines during this period of political change may be a result of the Ethiopian government’s system of ethno-federal regionalism; emphasizing ethnic identity may be a way for ethnic groups and ethno-regional politicians to signal their strength and jockey for influence” (ACLED – ‘CHANGE AND CONTINUITY IN PROTESTS AND POLITICAL VIOLENCE PM ABIY’S ETHIOPIA’ 13.10.2018).

We should really worry with the risign communal militias that has sky-rocketed, this has happen in the Ogaden Region or Somali Region. The Oromo and Queero and Liyu Police has really taken it in their own hands and held the ethnic Somali people down. This is worrying, as the Djibouti government even became worried about the escalated violence in the region, but there have been nothing from Villa Somalia on the matter. Maybe, because the Ethiopian National Defence Force (ENDF) is part of AMSIOM.

I am worried about this and the consequences, as the Oromo are doing what the Tigray did to them. But instead of retaliating, they are acting supreme elsewhere. Amhara is also played around with, as the former terrorist organizations are now allowed to return from Eritrea, as the peace between the neighbors are making it more possible to work together. This being Ginabot 7 and Oromo Liberation Front. These will also add possible local conflicts and surge mobilization, which is now combined with the return of other heroes. Could either create a better regime or more hostility, which have already seen.

These numbers are really worrying. This is not positive news, also the grand amount of fatal deaths during protest isn’t winding down, but become worse.

PM Abiy has work to do and clearly change even more within the ethical borderlines, but also the need for dialogue. This dialogue has to happen internally, PM Abiy have been busy with the neighbors, but not within region since he quit his national tour early in his tenure.

Should we worry if this persist or change, as the numbers of mobilization and fatalities, are showing signs of not hope, but of death. The EPRDF and the PM needs to focus on what the internal issues and the concerns of these numbers. However, we should also know these numbers of fatalities are people, not just mere statistics. That is why the PM should take action and not see the surge, but a healthy decline. As the public should worry about this too. Since the appointment of the PM gave us much hope, but the reality of his reign isn’t as positive as it could have been. Peace. 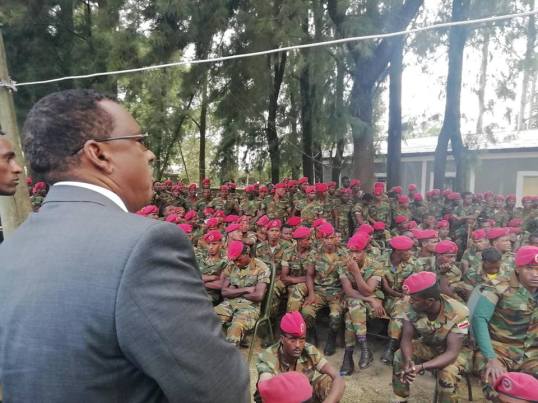 Today, because of a sudden change of power and lack of progress, the authorities ensured the capital of Ethiopia was without Internet. That was because the soldiers of the Ethiopian National Defense Force (ENDF) strike at the Menelik Palace, as the Prime Minister Dr. Ali Abiy Ahmed (Oromo Democratic Party (ODP) and Deputy Prime Minister Demeke Mekonnen (Amhara National Democratic Movement), which is part of the political coalition Ethiopian People’s Revolutionary Democratic Force (EPRDF). That is the one who controls it with its parties and leaderships, that the EPRDF Council of Ministers are where the final say, as the National Assembly are rubber-stamping their agenda usually. The EPRDF have usually also solved their internal troubles by keeping people down or groups of people with the guns. That is why today is significant as the ENDF has reacted against their leadership and settled down with guns around the Menelik Palace.

We know this is serious and the ENDF are reacting to their lack of the pay raises for the soldiers. Many of the ones who was protesting in-front of the Palace today, was the Red-Berrets or the Agazi Squad. The ones who has been ordered to quell protests in Oromia and Amhara in the recent years. The are the ones that is called upon as the trained soldiers of the Republic.

This is not a sign of strength, as the military men in fatigue, the capital filled with them in the streets and the government shutting down the internet. Are showing to all parts of the world, that they are not as strong and secure it at some point has seemed. Since, the Aghazi has now entered the gates and negotiated directly with Deputy Prime Minister while at the Menelik Palace in Addis Ababa in an unscheduled meeting.

What was negotiated other than salary increases and whatnot, isn’t easy to know, as the minutes and the agenda of the meeting wasn’t following any protocol. What we do know is that it went down, put the authorities on alert and was enough reason for an internet black-out. Like they have done in any area they have pushed for state emergency and the need for Agazi Squad to quell any protest. Therefore, the EPRDF under the new leadership follows the pattern of the past without a doubt.

We know it is serious when Fitsum Arega writes this on Twitter:

“HE PM Abiy Ahmed listened to the grievances carefully, reprimanded them for the wrong procedure they followed to express those grievances, but concluded the meeting with a promise to meet properly in the near future to positively consider their demands” (Fitsum Arega, 10.10.2018).

We knew this wasn’t the ordinary way, but we neither knows if the PM and Deputy would have listen to their grievances if they did file in the right paperwork. As the EPRDF have been more preoccupied with keeping power, than servicing the public. That is why there been so much protest over the recent years. Which the army has been used and therefore, there are huge amount of internally displaced people within the Republic.

There will be more to this and what really went down. We don’t know yet as the initial agreement isn’t released and neither the total reason for the Aghazi squad to strike at the Menelik Palace. This wouldn’t happen if they didn’t feel unjustly treated by the government. But this is also showing how powerful the feet is and how little the need for protocol is. Therefore, we might expect more of this, until people are able to eat and not faring the authorities anymore. Peace.