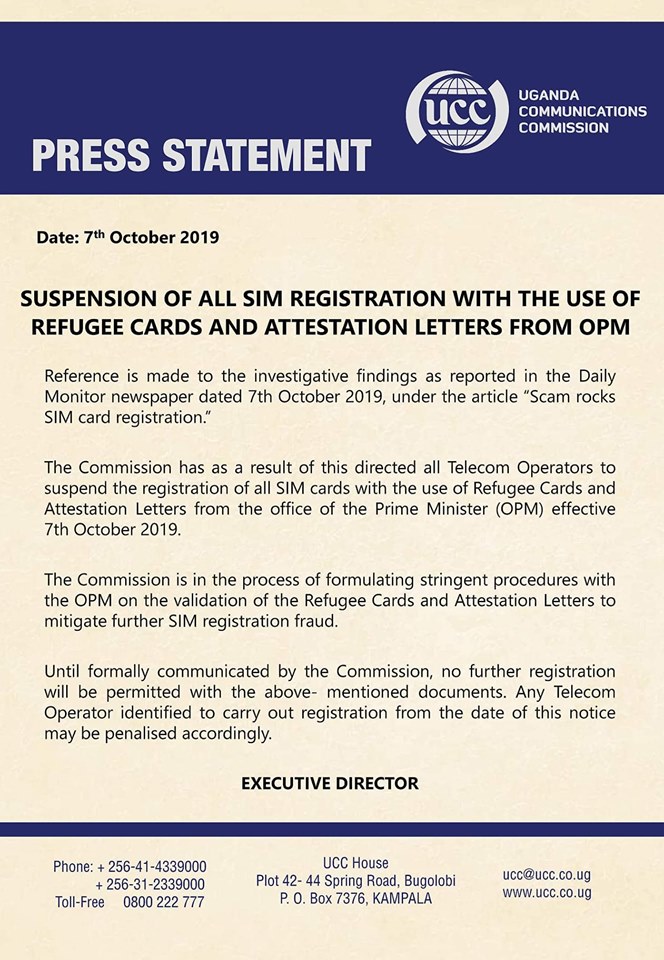 “Those who don’t know history are doomed to repeat it.” – Edmund Burke

The Uganda Communication Commission (UCC) must be a idle force of civil servants, a big bunch of lazy people who has very little to do or even trying to make up work. Because yesterday, a breaking news, which shouldn’t be breaking news is happening again.

The UCC and the Telecom Companies have had several of drives and issues with their SIM-Cards over the last few years. As the companies was even suspended from trading SIM-Cards for a while. That is what has happen. However, it is no returning. The UCC and National Resistance Movement (NRM) likes to toy around with the public and the Telecoms as they are fountains of funds, apparently.

In this spectrum, lets build a timeline before yesterday. The first deadline for registration of SIM-Cards was on 21st April 2017. Second deadline was on the 19th May 2017, but that wasn’t enough either. Because of that, it was postponed to the 22nd May 2017. Alas, that was not the finalization. The registration run continued until 30th August 2017. This was the final one of that SIM-Card Registration drive.

The issues in the last go around was between National Identification and Registration Authority (NIRA) with the National ID Number (NIN) activation on the SIM-Cards, as well as the technical difficulties with the UCC and the Telecoms. Therefore, as the OTT Tax is in play, the state should know, whose is who and know who pays the tax or not. The SIM-Cards should be registered in some sort of system already.

That was the issue of 2017. Now the UCC is revising this and reissuing the same sort of activity. For whatever reason they have. As they now did on the 29th March 2019. Why it is weird, is that the Telecoms had new guidelines selling the SIM-Cards from beginning of August 2017. Therefore, the need shouldn’t be there?

However, this is the latest: “The Uganda Communications Commission (UCC) has directed all telecom companies to verify the identity of their subscribers who hold multiple phone SIM cards” (91.2 Crooze FM, 29.03.2019).

How, bad can you do a job? Or how lazy are you, since you have to repeat it again? After reviewing and revising it, two years ago and tanking the Telecom Industry, because in the last go-around the state blocked the sale of the SIM-Cards. Therefore, expect something similar in this circus too. Expect it going back and fourth. Suddenly, the President will come with an final order combined with the Minister of ICT Frank Tumwebaze.

That is just how these things goes. The State House has to have a finale say, before the stamp of approval. Than, this saga might be close to end, before it returns to years later with a new modification. Peace. 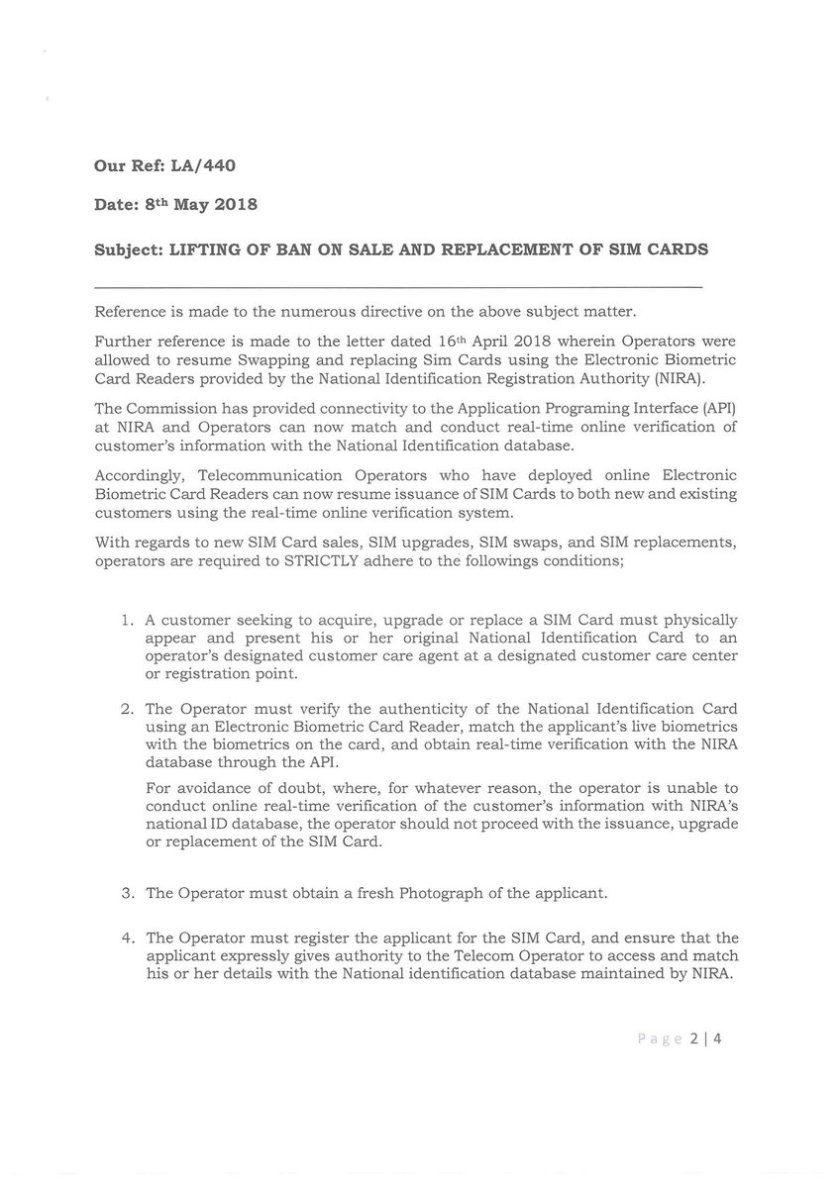