Some are giddy and happy about the termination of employment of IEBC’s Ezra Chiloba this week. However, people shouldn’t jump of joy, as there have been changes in the leadership of the Independent Electoral and Boundaries Commission (IEBC). Just as the newly appointed IEBC leadership of 2011 with Chairman Hassan Isaack and change in 2016. When Wafula Chebukati got appointed in his stead in 2016. Still, inside the IEBC as before was Chiloba just working in the background as before.

That he got terminated over tenders and contracts are foolish at this point. As we all know the questionable behavior of the IEBC during the Presidential Elections in 2017. We can also wonder what Chiloba did with the previous leadership and elections of 2013, as there was speculations then also of rigging too. Therefore, the relevance of position and of what he did during his tenure there.

However, Chiloba shouldn’t be the fall guy. Chiloba didn’t do this acts alone and did answer to someone above. He didn’t go like an empty drone into this and do this only on his own merry. That wouldn’t believe, as someone ordered him around and asked him to fix. This was known by his previous boss and the current one.

That Chebukati and the rest of the Commissioners should be put in doubt too. Because all of them was in-charge and fixed the contracts with OT-Morpho, Cambridge Analytica and the printing companies. This wasn’t just done by one, neither was the assassination of ICT Expert and Manager Chris Msando and the assassination of CS Joseph Nkaissery. All of this happen days before the elections and even in relation to the polls. That is why these memories will still linger on, as the questions of what happen and who ordered it. The Ghost of Jacob Juma will also follow the organization and the ruling regime, as his words has happen as he said and what he expected from the authorities. Therefore, the IEBC are not alone in this and the truth of the matter, is that Chiloba wouldn’t able to all of this on his own.

So, the ones thinking the termination of Chiloba will fix it all. I doubt it. It didn’t change with the changes of chairmen either. If it was Hassan Isaack or Wafula Chebukati. The Kenyan election experience was as hostile and lack of transparency as usual. For the single purpose of securing the elite and their need of all power.

Chiloba did that, but not alone. He did it as per orders and per request. By both all Commissioners did so. Not only single individual. If it was only his way and his methods was behind this, than the change of Chairmen should have mattered, but it didn’t. That is why there is a need of change within the IEBC and also reforms of the organization. Not just make Chiloba jump on the sword, he is far from innocent, but he didn’t act alone. Peace. 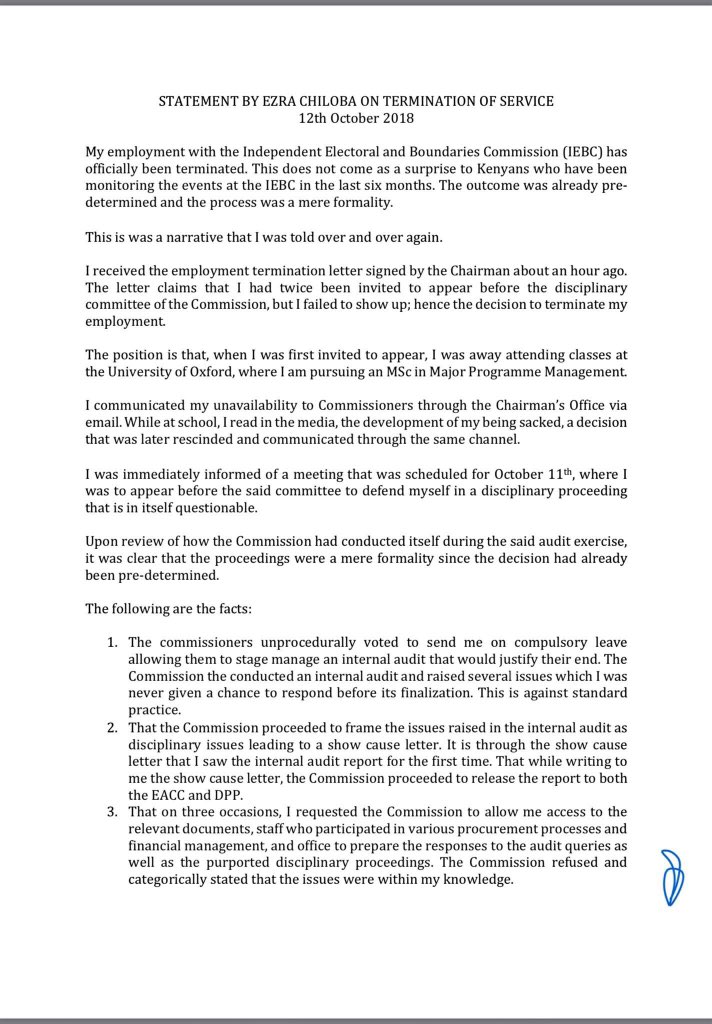 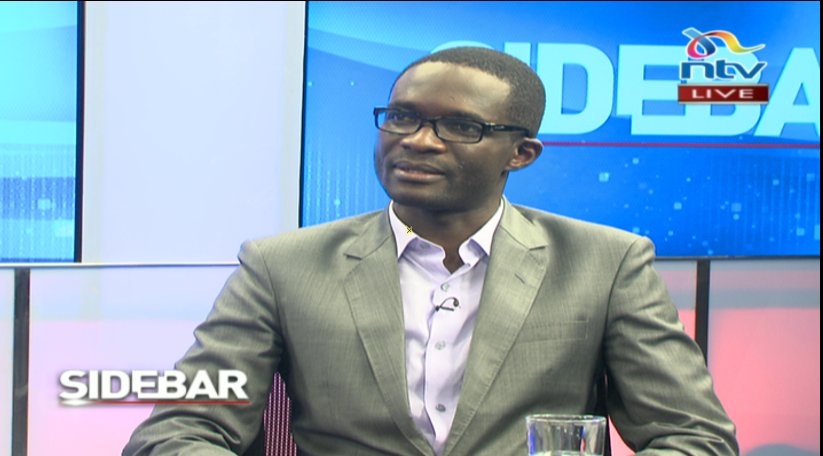 We can start to wonder, what does it take to go from an internal audit of tenders and files within the Independent Boundaries and Electoral Commission (IEBC) after the General Election and Fresh Presidential Elections of 2017 to go into a real inquiry and direct investigations into the manners of what really was done during that period?

Because now in 2018, there been internal problems and deflections, as the IEBC has tried to shield themselves and tried to make themselves clean without even during cleaning. They have tried to fix things, without doing anything else, but for appearances sake.

The suspension of Ezra Chiloba haven’t changed anything, there are Commissioners who has returned as they was even paid while they had quit their offices. Therefore, the whole IEBC seems shady as it is and Wafula Chebukati doesn’t seem to handle it very well. As the trust of the organization is lack-luster already and today’s activity is just a long string of ill-activity from the government organization.

Chiloba must really be shielded by the high-above, Chiloba have to be connected up-high and gotten suction from either the DP or the President. Because Chiloba are suspended, but still pulling strings within the organization. The Internal Audit which is continuing, are not seemingly addressing the manners of 2017 or anything that glaces trust towards the electorate. There are just more mere saga of drama, without any smoking gun.

Chiloba can act all out and play innocent in these manners, but we know there are more to it. As the rigged elections, lack of transparency and lack of electoral reforms are the reasons for the issues that are there today. That Chiloba continued and Chebukati, as well as the rest of team, expect for Roselyn Akombe who has left the scene. The rest have returned and the reality right now is that IEBC can do whatever and get away with it. As the IEBC gave the results the Jubilee needed and now they just need to make a circus so that it seems to changes of guards, but the reality is they are gearing up to do more of the same later. Without anyone looking into the servers, the connections to Cambridge Analytica or the OT Morpho. Everything are just moving like nothing.

Chiloba is just half-stepping and gets away, the IEBC does the same. There is no promise. Chiloba are just acting out and so does the organization. Chebukati doesn’t feel this or acts stressed. They are just playing the public without any smoke or fire. It is just acting out, but no real change. That should worry Kenyans, but they have more dire needs with more cost of life, more taxes and a broke state with growing debts. Peace. 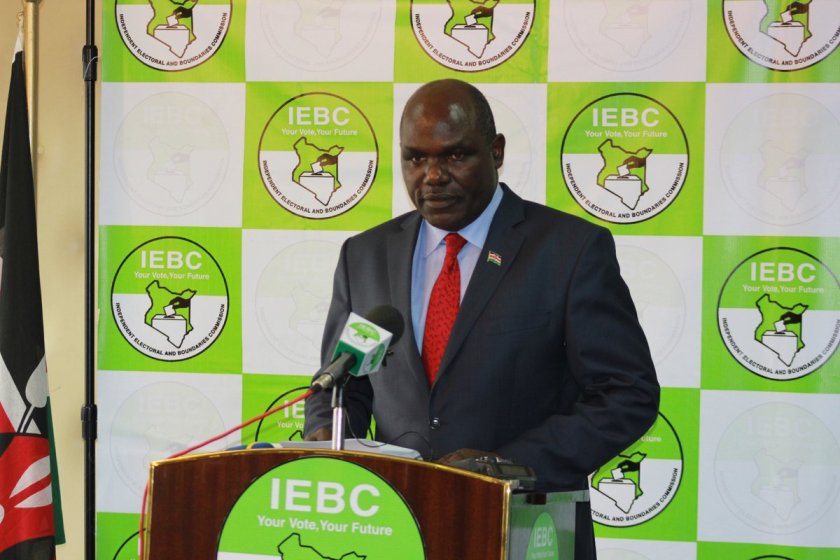 Again, the Independent Electoral and Boundaries Commission (IEBC) are in the headlines, and not for the right reasons. They are posting a possible review of the 2017 Elections. However, that they will have any consequence that makes sense. Is most likely not, as the IEBC delivered what the Jubilee Party needed. This being the result that President Uhuru Kenyatta and Deputy President William Ruto needed to continue in power. They got that and was able to settle it and ensure they still could eat. Even if the rigging was blatant and the obvious mismanagement from the IEBC.

Therefore, there been many Commissioners and leadership role of the IEBC whose left their offices. As they we’re questioning the leadership of CEO Ezra Chiloba or Chairman Wafula Chebukati. Both of them has acted questionably during the Fresh Presidential Elections and also in the first round too. Which was for various reasons even annulled by the Supreme Court and Court Justice David Maraga.

That is why today is surprising:

“Connie Maina and Margaret Mwachanya, who announced their resignation from the electoral commission earlier this year, returned to their offices at Anniversary Towers in Nairobi on Friday” (…) ““They’ve been holed up in their respective offices since they arrived,” said the source. In April, IEBC vice chairperson Connie Maina and commissioners Margaret Mwachanya and Paul Kurgat said they had left the commission because they had no faith in the chairman’s leadership. Earlier this month, the High Court declared the resignation of the IEBC commissioners null and void” (Walter Menya – ‘Two commissioners return to IEBC offices’ 24.08.2018 link: https://www.nation.co.ke/news/Connie-Maina-Margaret-Mwachanya-at-IEBC/1056-4727216-x2d7v7/index.html).

Instead of opening the gates for the Commissioners whose done their duty to rig the elections. That are the ones who had no trouble to misuse the power, to fake results and fix tenders that made sense for Jubilee. That these are coming back are not building trust for the Electoral Commission, but instead making you think, that they are gearing up for another round.

The IEBC is already lacking trust within society as a whole. That is not just Chebukati, neither Chiloba. The IEBC was already questionable before the new leadership, as Ahmed Issack Hassan didn’t deliver anything better. All of the ones who is there is still the same con-men as in the past. Instead of reviving it, they are boasting it with the same-old, same-old.

The IEBC should be destroyed completely, the leadership should all resign and leave this job. Work somewhere else. As the trust in the whole unit is lacking. The Jubilee and the whole Parliament should try to revise the organization and even change the narrative. Because the ones that are there right now, are just conducting affairs like they are preparing to the next rigged affair.

Therefore, letting the same folks run it like they did in 2017. The review isn’t believable, as it isn’t an outside entity looking into the IEBC. But it is themselves investigating themselves. If they will find something, it will not change anything.

I doubt that the ones investigating internally want to bite of the hands that feeds themselves. That doesn’t make sense.

That is why the entering of these commissioners aren’t make change. Neither, prolonged suspension of Chiloba. Since the last lackeys of Jubilee is still lingering. So, they are just preparing for 2022 anyway. Peace. 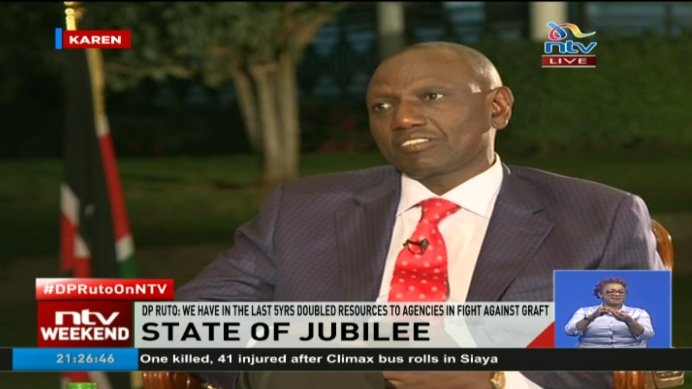 “DP Ruto: “The president and I have said that we will do our part in the fight on corruption. We have allocated resources to the agencies and added more people to these agencies” #DPRutoOnNTV” (NTV Kenya, 08.07.2018).

This here will be a short one. The Jubilee Government is all PR and no flair, they continue to borrow, become more and more colonized by the Chinese because of that. The Jubilee continues to steal land, state businesses and misuse funds, but nothing happens of significant change. The growth in Corruption is so steady, that its just tragic. That all the growing loans are killing the state, little by little.

Therefore, the speeches and ceremonies, the opening of commissions is more a flash in darkness, than significant change, as the state and the high-ranking officials walks away with wealth. They do so because of their allegiance to the state party. Even Orange Democratic Movement isn’t real opposition, as they are compromised by the agreement made by Raila Odinga, who is now a Senior Official representing Kenya, even in India.

That is why the words of William Ruto is pointless, the sugar-scandals, the biggest elephant of all – the Standard Gauge Railway project, the NYS Scandals and so many others, it isn’t funny. Their trickling down tear-drops, that turns into the ocean of despair. It is tragic how the funds are misused, how the state lack of governance and the oversight are taking for ride, while the elites, the ones connected to the party are all finding ways to eat on the government pay. They are just toying around with people’s future and day-to-day. They are mocking the state, taking land, taking tenders and misusing the trust of the people.

The circle of theft is happening again, and again, as the world keeps turning. That DP Ruto are saying these nice words on TV. Like he really fight it, the man, the hustle, the one who owns media houses, a village and different houses on various plots, different companies and even helicopters, the man on a decent paycheck, but not in the league of this. The man that donates nearly every weekend millions to good projects as he talks beautifully in churches. Clearly, the man has vast wealth created by meager millions, where he owns billions upon billions.

That is why he is all talk and no action. Which is understandable, as he will himself need to show his sudden progression and richness that he made out of nothing.

DP Ruto, do yourself and show the reality, not the fantasy, you might be saying the right words in some sense. But we know what is behind the facade. Peace. 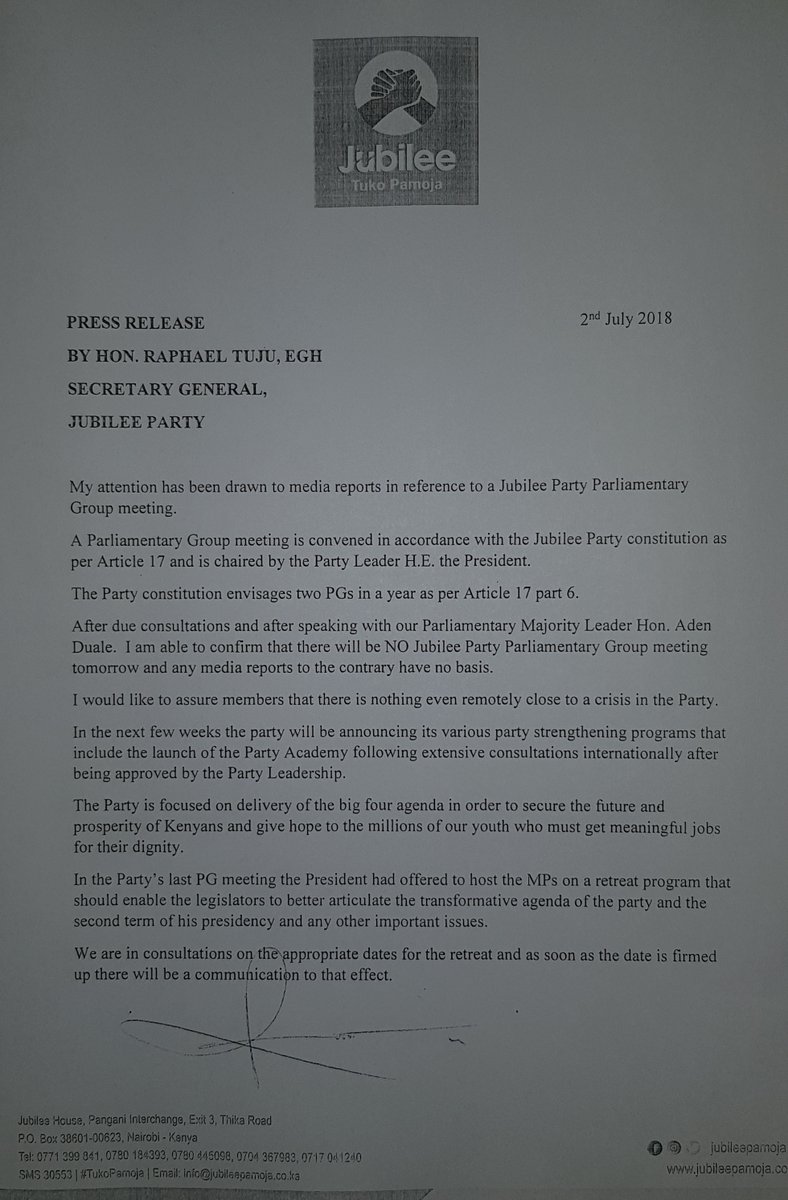