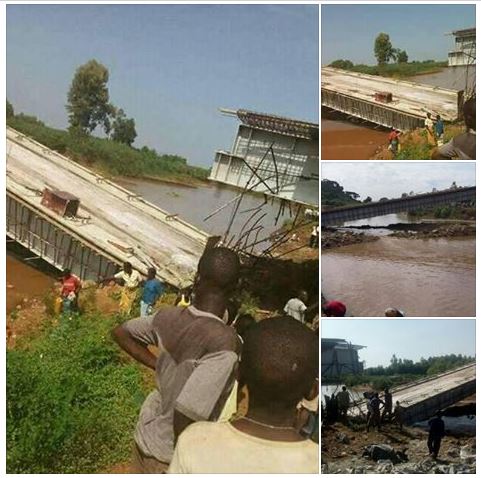 “We are the only political party that has a track record that speaks for itself in an array of areas” – Deputy President William Ruto (Jubilee Manifesto Launch, 26.06.2017).

Certainly the relationship between Chinese Government and Kenyan Government is paying-off under the Jubilee Administration, as President Uhuru Kenyatta and Deputy President William Ruto. Who had inspected the done project of building the Sigiri Bridge over River Nzoia in Budalangi. A promise he made in September 2014, when he was traversing the district. Therefore, that it just under two weeks after falls to pieces, is showing how shoddy the works of the bridge must have been.

The business of the bridge that makes it special is that Geotechnical Sub Consultants, second company BAC Engineering and Architecture Ltd, third company China Overseas Engineering Group Co Ltd (COVEC), which is a Chinese State Owned Engineering, and the last company is Abdul Mullick Associates Ltd (AMA), therefore the should have been enough man-power and consultants for securing the bridge building in Budalangi and over the River Nzoia. So it took 5 companies to make a faulty bridge on the price of a fortune. That should boggle your mind, all of them are displaying the working on their pages. I checked it out today on the 26th June 2017.

That a project started in 2016 and finished early June 2017. Should have the time and preparation for building it, as the State started in 2014 the whole infrastructure project, they signed with the Chinese Engineering company on the 1st July 2015. The whole project was anticipated to cost about Ksh. 1 Billion. Therefore, the visit of the President and deputy in mid-June checking of the bridge seems now a bit pointless. Since it broke-down last night. 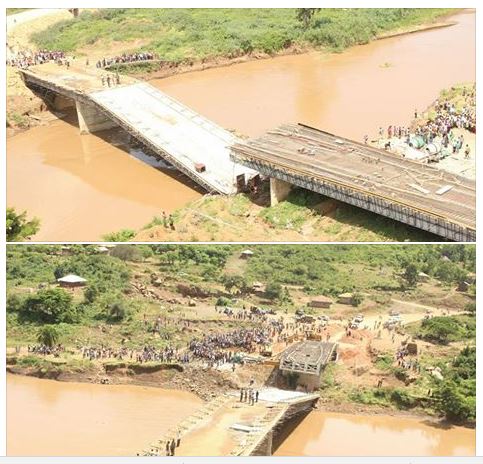 Citizen TV Kenya also reported this today: “10 construction workers injured after a section of Sigiri bridge in Busia County collapsed last night” (Citizen TV Kenya, 26.06.2017). But if there was 10 construction workers on open bridge, means that they we’re done yet. That the construction still continued after the President and Vice-President visited it in June. Certainly, the Kenyan government could have made this better and made sure both the engineering, architecture, geotechnical consultation and implementation of the works. The government should have made sure the infrastructure project of this size and spend this sort of funding, as the Ksh. 1 billion.

That all of the contractors and suppliers, together with the engineers are clearly not delivered. If so the bridge would last longer than a month. As the project started as a promise in 2014 and broke down in 2017. This is proof of lack of governance and procurement of infrastructure projects. We should be able to see the reason for why COVEC got the deal, why the other companies was hired and the reason for the broken down bridge in Budalangi and over River Nzoia. This is clearly a giant slap in the face and proof of bad work and not of promising use of state funds. Since this was a Billion Kenyan Shillings used on building it!

That the Jubilee needs answer, the locals in Budalangi needs answers, also the Kenyan people need answers as this bridge was built on commercial loans and for the possible benefit of them all. Instead, it will be more expensive and need to be fixed. Maybe even get another design to make it safe. What is certain, is that this massive project and its expenses will be remembered as the tax wasted by President Kenyatta and DP Ruto. Peace.