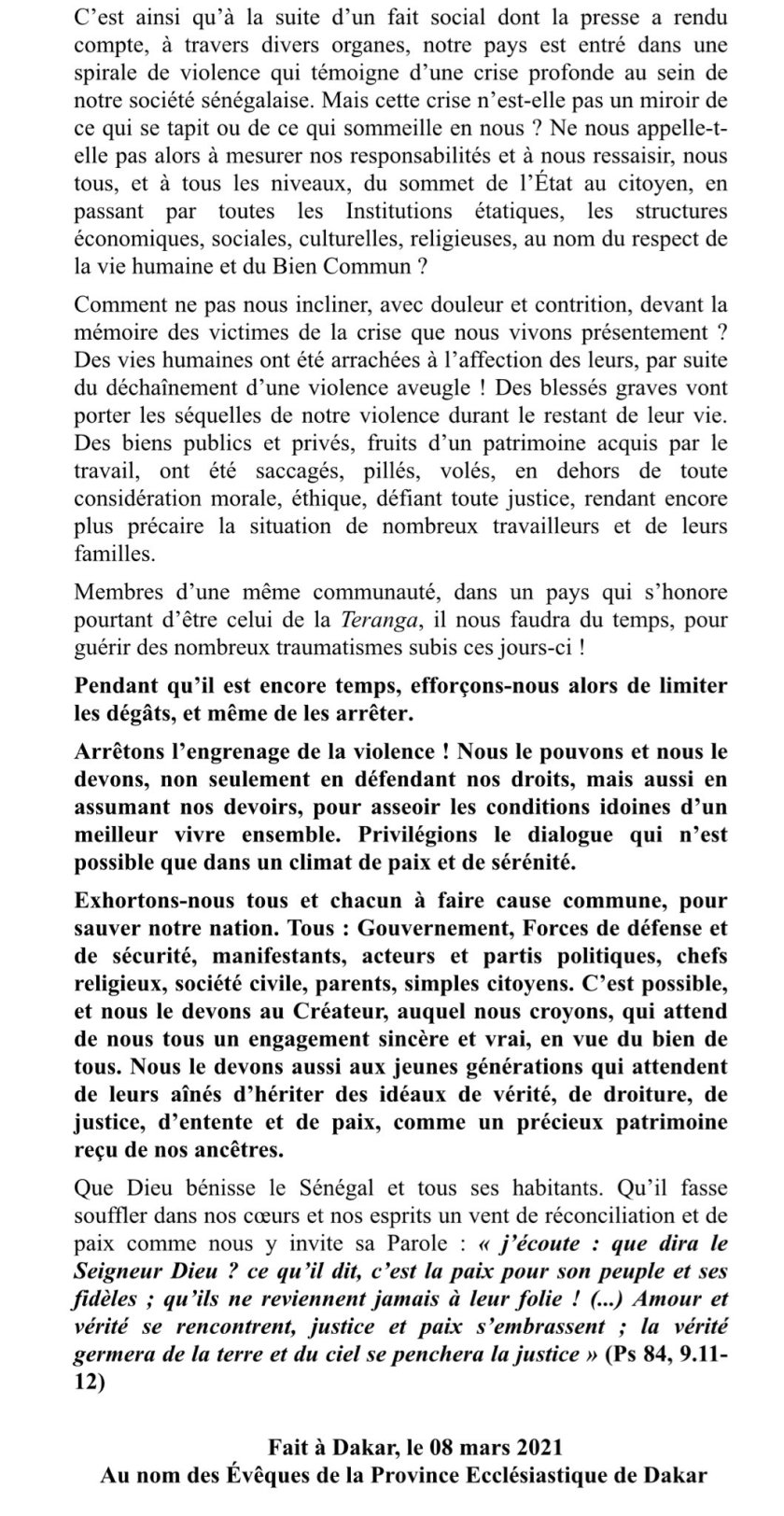 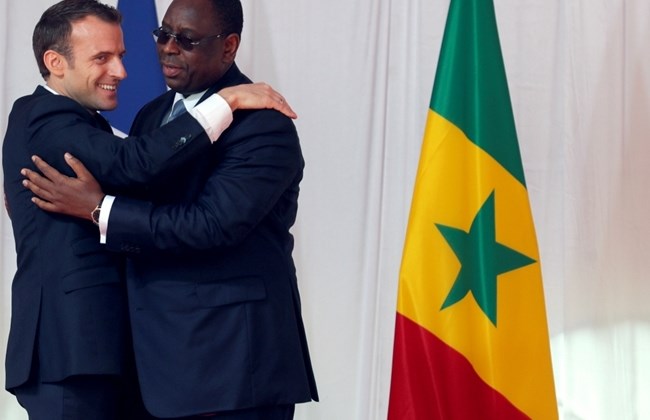 “With the French colonization, we had positive things” – President Macky Sall

The Senegalese President Macky Sall is out again, being super-friendly to the French. Even saying again that the Colonizer did lots of good to Senegal. The Republic and the people should be ashamed by the man. That he is so little sovereign and with pride over his own republic. If he was Paul Biya, I would understand, he should praise Switzerland and the mountain resorts he resides at. But I will not digress more. President Sall has again praised France. It is like you wonder how much money they are doling him and what sort of business-deals he has done with French Companies. Since he is a bit to friendly with them. Especially knowing the history of France in Senegal. You should figure out, that you can be cordial with them, but not so lovable.

First show some older clips, to show that this isn’t new from the President. So the ones that is shocked about recent statements as of this week. This is his M.O. and what he does. He has been like this before and said similar things, even if the French was imperialistic and still is, with their reach and demeaning control of the currency market in West Africa. Which the Republic of Senegal is under and their monetary policies are controlled by, therefore, I would expect more reluctant view of France, but Sall is different. He prefers and just see goodness from the French.

“President Sall painted his vision for African Economic growth, insisting that philosophers like Fukuyama and Hobbes paint a picture of man “as a wolf to other men.” He insisted that predatory economic practices be reined in and saw little merit in criticism of African debt by countries “that are in huge debt themselves!” “We cannot validate the voice of the future with tools from the past,” he went on, claiming that innovative investment, not empty charity, was the real path to growth. He claimed that 4/5ths of African countries were experiencing growth above the world average and insisted that a common currency for eight West African is the right move. The one positive aspect of colonialism is that it united those countries oppressed by the same power” (BWOG Staff – ‘LectureHop: Macky Sall, the President of Senegal’ 28.09.2013 link: http://bwog.com/2013/09/28/lecturehop-macky-sall-the-president-of-senegal/).

“What role should countries such as Senegal play in regional security compared with outside actors such as the United States and France? We cooperate with France, which is an ally and a friend. It is of course a former colonial power. But France understands the stakes in and the sociology of our countries. The United States also has a security policy in the region, and it is our partner through africom [the U.S. Africa Command] and everything that it does in terms of military cooperation with various countries” (…) “So can Africa take care of its own problems now? No. Africa cannot handle its own problems, because we are not yet at the point where we have the logistical capabilities to deploy troops in case of emergency. It’s simply a matter of means, not a matter of men” (Mercredi – ‘A Conversation With Macky Sall’ 28.08.2013 link: https://www.ndarinfo.com/A-Conversation-With-Macky-Sall_a6291.html)

“Under French rule, the poor farmers of Northern Senegal were forced by oppressive economic policies to resort to the monoculture of peanuts and rice. The legacy of colonialism on traditional farming practices was the desertification of the delicate Sahel soil and a devastating famine in the late twentieth century (Kloby 103). In what was once a civilization of communal living and bartering, the French instituted elements of capitalism that would best serve the European metropole. Instead of nurturing a complete capitalist system and educating the local populous about the newly developed concepts of industrialization and economic theory, the Europeans exploited the rich resources of both land and people to further advance their own development (Rodney 112)” (Emma Anderson – ‘COLONIZATION AND SENEGAL’ 10.07.2013 link: https://www.globalcitizenyear.org/updates/colonization-and-senegal/) .

As you see, President Sall has a favorable view, maybe he is caught up in the view of French Embassy of Senegal in Dakar, which writes on their page about their relationship:

“After more than three centuries of uninterrupted relations, France and Senegal have remained since the independence of very close nations. A shared history, a tradition of cooperation in all fields, a constant flow of human and material exchanges in both directions, confirm this proximity. The strong bond that President Léopold Sédar Senghor had with our country has been perpetuated by his successors, President Abdou Diouf, President Abdoulaye Wade, and President Macky Sall since April 2012. France intends to remain alongside Senegal, which is the largest recipient of French aid in sub-Saharan Africa. It is in all these areas, but also in that of our cultural and human exchanges, woven through three hundred and fifty years of history, that the exceptional relations of friendship between France and Senegal are manifested” (La France au Senegal – ‘Relations politiques’ 21.06.2017).

Therefore, you can see that the exceptional relationship is evident in the way Sall is defending the colonial works that French did in Senegal, as they didn’t do it to control and get their imperial control of Senegal. That should be insulting to Sall, but you can wonder why he see it so favorable. Because he shows such defense and defense of the assimilation and the policies done by French Colonial Administrations, which was done for the betterment of Paris and not for the betterment of Dakar. That was just dumb-luck if the policies created something good for Dakar, because the end-game in the colonial enterprises are for the betterment of the empire, not for the colonies. They are the means to an end.

That is why Sall is so French friendly and defending the demeaning and insulting policies of the Colonial French. Which the Senegal republic has inherited and is still under supervision of the French. As their monetary policies and other government framework are still monitored by the French and the French Treasury in Paris. Therefore, the Senegal Government have less control and have less powers of their own, as long as they are following guidelines from the French on how the Central African Franc (CAF) is.

The Senegalese are the ones that following similar steps as in France, but have politicians that are blindly also following the French. This is all in deliberate way of still having not only influence, but actual control of the territories they used reign supreme over. That is what the French is doing. Therefore, President Sall is a bit to friendly and defending the French. I just don’t get it. I don’t. But that is just me though. Peace.