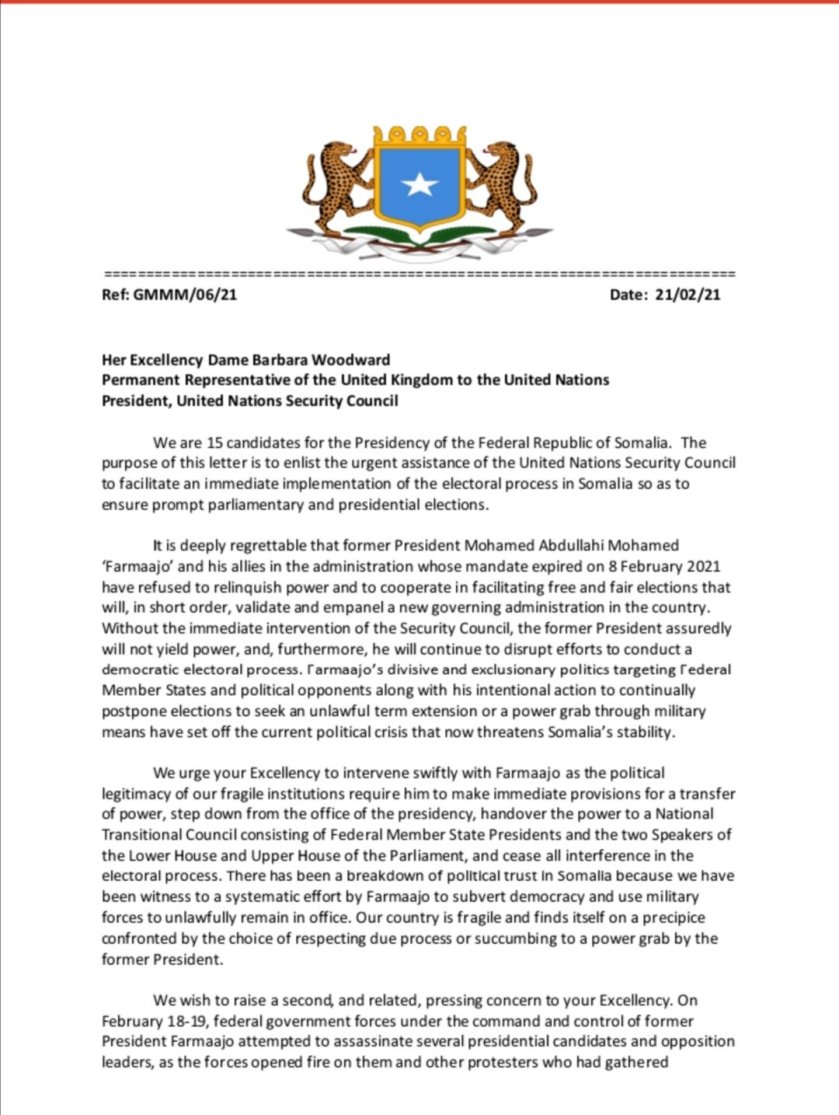 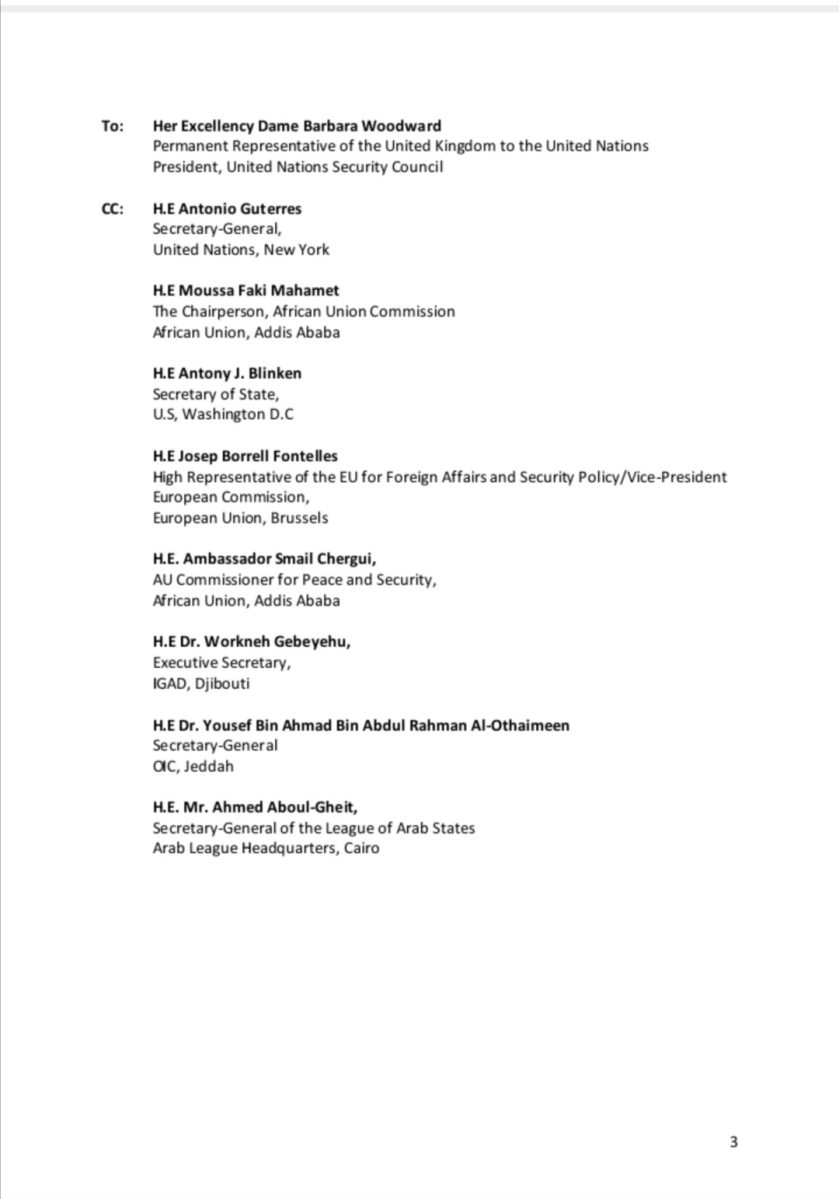 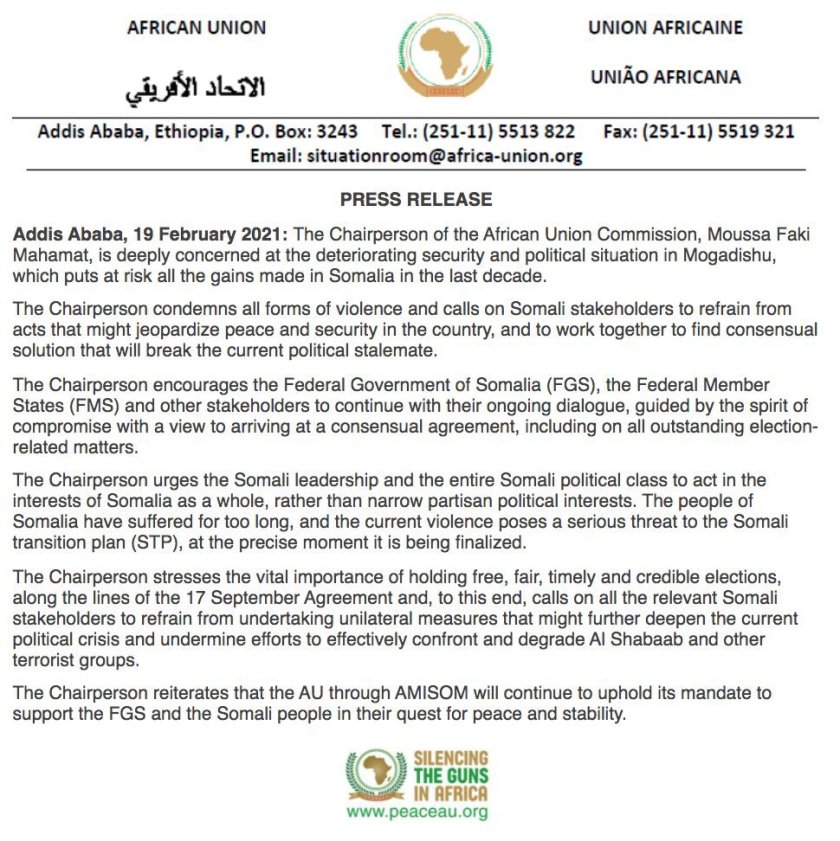 The “expired” and “incumbent President Mohamed Abdullahi Mohamed aka “Farmaajo”. His term has already ended and there was mentions of talks and conference to handle the stalemate on the procedures of the up-coming elections. Now, his not accepted and legitimized by the Lower House and the Council of Presidential Candidates Union’ (CPC). Therefore, after the ceasing of his term. There was questions how things would be.

However, now we are seeing how hostile things are. There is all guns-out and Farmaajo have been close to assassinate several Presidential Candidates and two former Presidents. That is unprecedented. That he does this and usher in the violence. It is not a sign of strength. This is a sign of weakness, as he got no real popularity or prospects of a second term. As he has to ambush and block everyone else from getting elected. That is how it looks from the outside.

A man who has to grab the guns, block demonstrations and stop people from dissenting. When you have not reached or been able to fix an election. Then you know you are the losing one. All of the reports from Mogadishu this Friday is worrying. There is no light in the end of the tunnel here. Only bloodshed and macho-ism with pulling guns and intimidate.

“Ambulance sirens could be heard and plumes of smoke rose from the area the gunfire near Mogadishu airport, which had been continuing for at least 30 minutes” (Garowe Media, 19.02.2021).

“Foreign diplomats located in Mogadishu airport are evacuating to Nairobi as the country descends into new civilstrife. Mortars landed on the airport during heavy clashes” (SomaliaNews, 19.02.2021).

UN Statement on the current

“The UN in Somalia is deeply concerned by armed clashes in #Mogadishu overnight and on Friday morning, calls for calm and restraint by all parties involved, and urges that open lines of communication be maintained to help reduce tensions. The UN in Somalia notes that the clashes in Mogadishu underscore the urgent need for Federal Government and Federal Member State leaders to come together to reach political agreement on the implementation of the 17 September electoral model” (UNSOM, 19.02.2021).

All of this here is tragic. It is a travesty. This is how Farmaajo will go out. He will not go out as a noble man, but he used forces and violent tactics to change the Speaker of the Lower House too. This man used all his means to get his people in office across the Republic. So, it is not shocking that he goes to this now. That he doesn’t get his way in the up-coming elections or getting his stipulations for total control ahead of the polls. Because, it seems like he fairs his losing and that’s why rather wants things in the limbo. Hope people give way to his violence…

This is no good. It is just worrying and we can wonder where this is taking the Republic. As the leadership are willing to do this and support it. While the stalemate continues and Famaajo doesn’t back down. Something got to give, but at this point Famaajo is so invested. That his willing to let bullets fly at his enemies. We are just lucky that none of them is deceased by the live-bullets. That shouldn’t be a thing… but it is … because it is clearly the game that Villa Somalia is playing with the rest of the Nation. Peace.