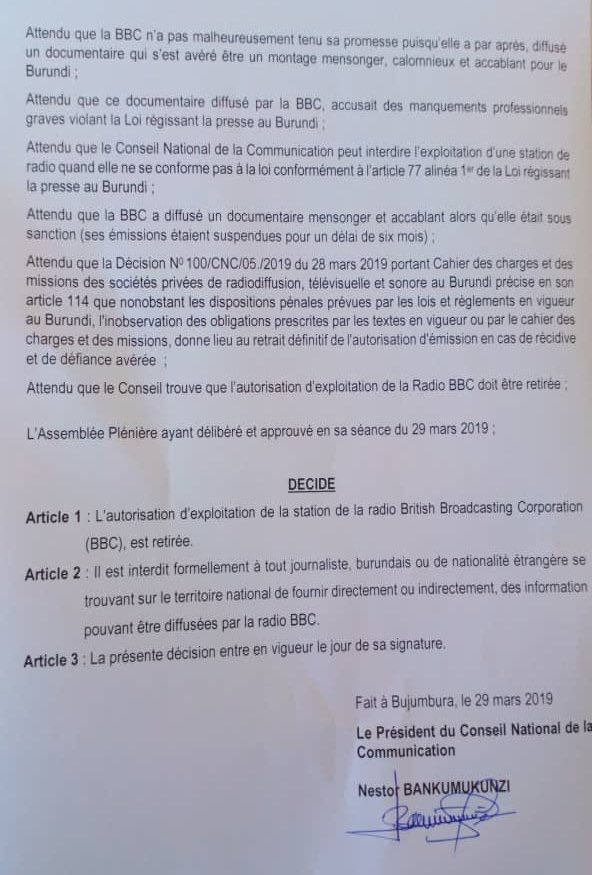 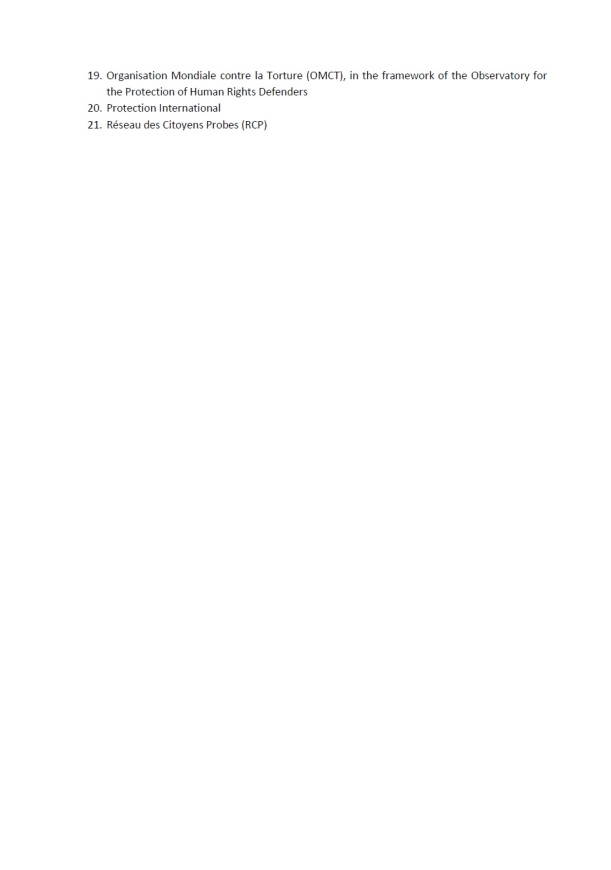 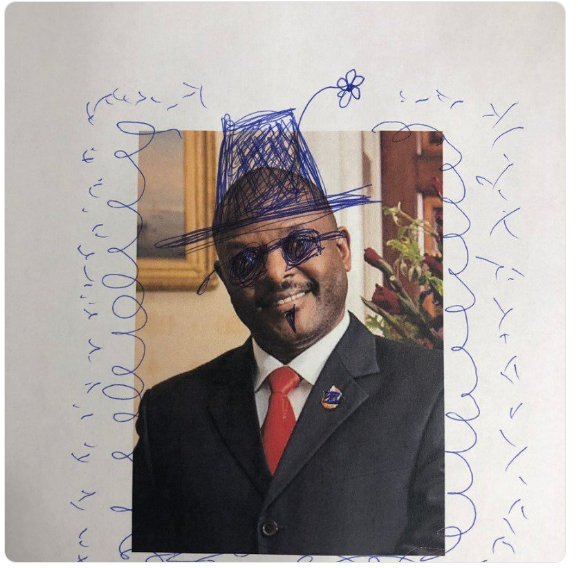 “Do you have hands? Excellent. That’s a good start. Can you hold a pencil? Great. If you have a sketchbook, open it and start by making a line, a mark, wherever. Doodle” – Chris Riddell

President Pierre Nkurunziza is vein soul, a man whose so soft and weak, in such a manner that three school kids got arrested for doodling a little over a picture of him. The Head of State, His Excellency, the Commander-in-Chief and ruler of the Republic of Burundi.

Was not only offended, was not only hurt, but got so shocked and insulted by a little doodling on his picture in a class room by three school-girls at the age of 15,16 & 17 years old. That he got the arrested and detained for playing a little with some pencils/crayons on a picture of the President.

If doesn’t sound foolish, sounds like a bad joke, like a kiddish reaction to kids playing nothing does. That the Burundian authorities acts like this to send a message as preventative measure to tell the Republic what to do and not to do. Certainly, the President and his henchmen has gone overboard.

This is far from the worst acts of the sinister CNDD-FDD, whose either detain, kills or gets their enemies into exile. The CNDD-FDD are using violence, intimidation and the state apparatus combined with Imbonerkure, which controls and stops the ones who questions the authority or the legitimacy of it. They will hunt you down, get you violated and get rid of you, if they have too. That is just what the CNDD-FDD has done since 2015. There been countless of victims by this. Therefore, the arrests and sentencing of the three school-girls isn’t directly shocking, but more a stupid move. Showing the disgraceful state of affairs are happening in the Republic.

Pierre Nkurunziza, if he thinks this is the way to show authority and get respect. He is totally wrong. His state is showing no mercy, is showing no humility and certainly no grace. There is no justice in this, they cannot have violated any serious law or code of law, by doodling over the picture of the President. Except for mocking the President and his looks by penning over it.

If they had published it, if they had made a contest or even tried to make a mocking ceremony and officially introduced that. It might had been questionable, but still not serious. This was youths, doing what youth does, they do this over dinosaurs, plants, animals or whatever printed papers in-front of them. That is what they do. Maybe, Pierre haven’t any youths, playing with pencils and crayons all over it. They either make rainbows, unicorns or whatnot, whatever the imagine. In this instance just poking fun at their President.

That Pierre doesn’t understand that, the his henchmen, his YES-MEN and other around doesn’t that. Is beyond me. If that was to set an example. Than it was an example in being STOOOPID, sorry, Stupid.

This was not brilliant, was not wise or even seen as genuine, the judges are fools, tools of oppression over nothing. They didn’t do a crime or even set an example of criminal intent. They were kids doing kids stuff. If not, the state should stop printing pictures of the President. Since, he is holier than God and cannot be used crayons on. That is how DUMB this is.

President Nkurunziza is not the envy of the world. If he would be, he wouldn’t worry about some school-girls doodling over his picture and possible sentence them to 5 years in prison over it. That is just how insane his state is. The message he sends, is that he is a paranoid leader, who needs blind following like a cult-leader, who cannot be touched or done against, unless he let it happen. Surely, no one beats the team he plays, when he plays football. The same in this scenario.

The saddest part is that, this a re-occurrent issue, which several of other school-children and youths gotten in legal trouble for doing. There was plenty of cases on this in 2016 and it has been revamped this week. Where even two pupils from 2016, was detained as reported until 2018. However, I don’t know if they are still behind bars.

If it takes such a small measure to insult you as a Head of State. You shouldn’t be one. Your not that bright, not that great or not that holy, to not ever get insulted or offended by what people do. What people say, write or doodle. Sooner or later someone will do something, but if you don’t like it. You just pay it no mind and move-on to more important questions. Like how to get all regions food secure, how secure imports of vital products, how to get the economy stable for the 2020 elections and so on.

Not ensuring that three school-girls or youths are arrested for doodling. That is just silly, really really silly. Peace. 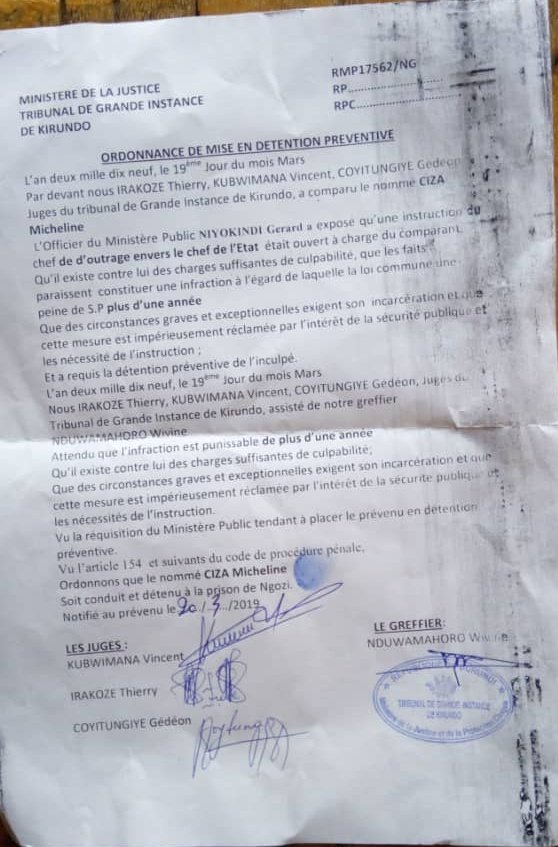 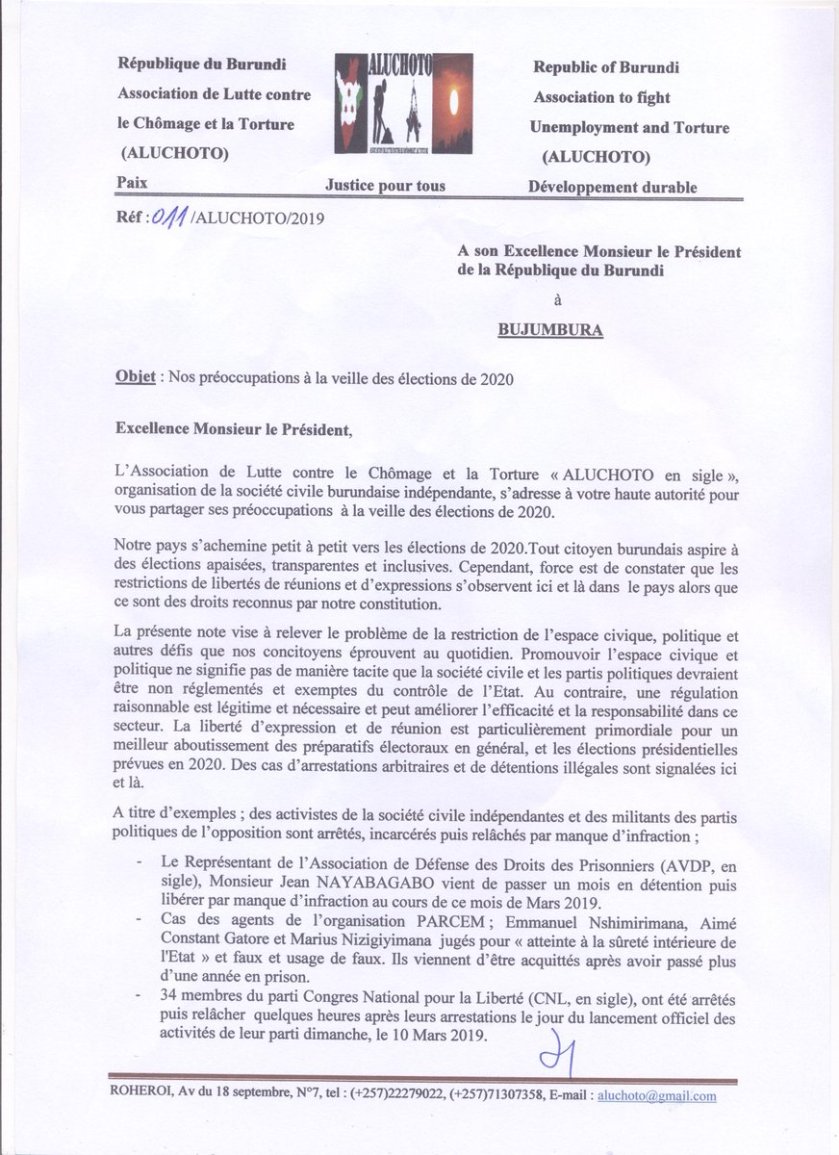 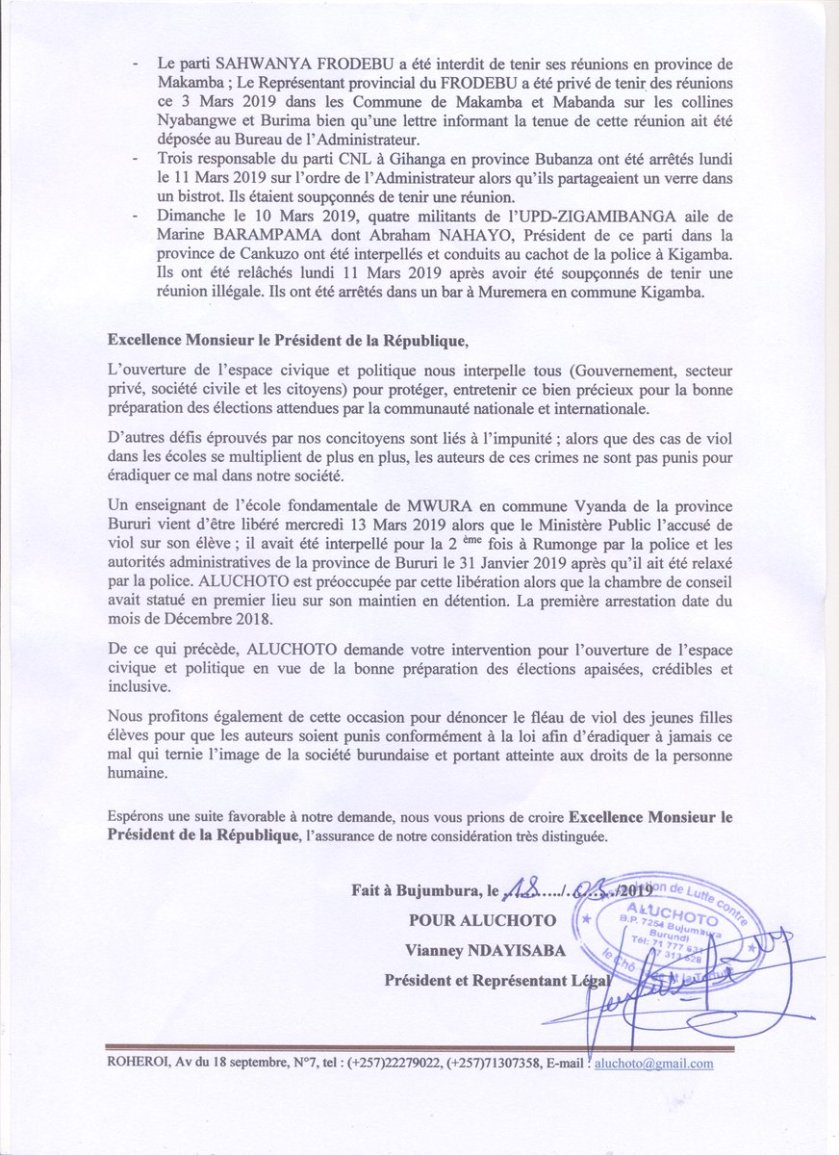 You know that the CNDD-FDD and President Pierre Nkurunziza is hungry for money and for “contributions” from the citizens. When the state uses all means to strike at their citizens and their pockets to prepare for the Elections in 2020. This have started in other fields, where the salaries of the government employees have been deducted and also students are forced to pay.

On the 14th March 2019, the honourable Pascal Barandagiye, the Minister of Patriotic Training and Home Affairs have stated from now on, that the unemployed or the “Citoyens non-salaries” should be commissioned with an Ad-Hoc Provincial Charge as their Contribution to 2020. This should be secured by the Commission, whose in charge of collecting the funds and also be tracked by the governors of the Provinces, that shall report of the collections to the Ministry.

The ever loyal minister is clearly sending yet another signal. That even the ones without an official job, without proper work or earning money. Have to push blood out of stone. So, that the President and his party can have a lavish lifestyle and secure all the funds needed for an up-coming elections. This is just a continuation of what they are doing to the public.

If the state isn’t intimidating, limiting the public space and also controlling all paths of life. They are now ensuring more taxation and bleeding the citizens pockets for the up-coming elections. Like there is tomorrow.

It is really special, that the Ministry and Minister are proposing and actually wants to tax the ones whose has no job. They are thinking these people are having funds and valuable assets, which can give added funds for the state. That is the initial idea behind it, because the non-working still have to cough up funds like the bayliffs are coming on their door and expecting to get court ordered funds paid in full. That is what the state is doing here.

This is clearly a sign, that the matters of the state are more important, than the well-being of the public. Just like the orders of collecting funds from students, if they didn’t comply, they could get suspended or kicked out of school. That is why this is the next level in sense.

That if you have no job, no work or no current occupation. The state can still collect supposed taxes for the elections of 2020. That is what it does. That is what the proud patriotic ministry is doing to its citizens. Just a full fledged paternalistic over-stretching big-brother with a big-man with a to huge ego on the top. Who just got to get your change, even when you got no balance. Peace.

If your were thinking things are getting better in Burundi. Your terribly wrong. Now the CNDD-FDD prepares a Inter-Communal Competition for donations for the 2020 Elections. They are mocking the tax system and the public, by parading their illicit tactics to gain more funds for the fourth term elections of President Pierre Nkurunziza. That is just what they do, at this point.

They have already started using other means to get funds for the 2020 elections, as they are already collecting for other avenues as well, as students paying fees and if they don’t they loose their ability to study.

Now, there is another escalation that the Minister of Interior Pascal Barandagiye have launched his Inter-Communal Competition, so that the Commune in the Republic will compete in who is able to collect the most “gifts”, “grants” or “donations” to the General Elections 2020 Funds. Which is the key thing and been done, even civil servants has to give up donations of their pay-check to pay directly for the election. That is what the regime does to its citizens. They have an extra donation and taxes directly on the public for running an obligated election.

Now, the Commune will compete to see who can give the most and donate the most to the fund for the 2020 elections. Where the Minister Barandagiye will officiate the 1st Place in a Ceremony where the Commune who has collected the most will be celebrated by the President as the results are announced. That is how the regime is playing this.

That is happening as earlier this week, the President himself donated some cash to cause on the fifth of March 2019. That is just what he does, to look humble, when he is really taxing the public as most as possible and sanctioning them. If they are not paying enough for the up-coming elections.

That is what they are doing it like this. To make a spectacle and show about it. To show the patriotism of the commune and the willingness to “give” to the elections. Just like the President want the public for them to do.

This is utter madness. Peace.