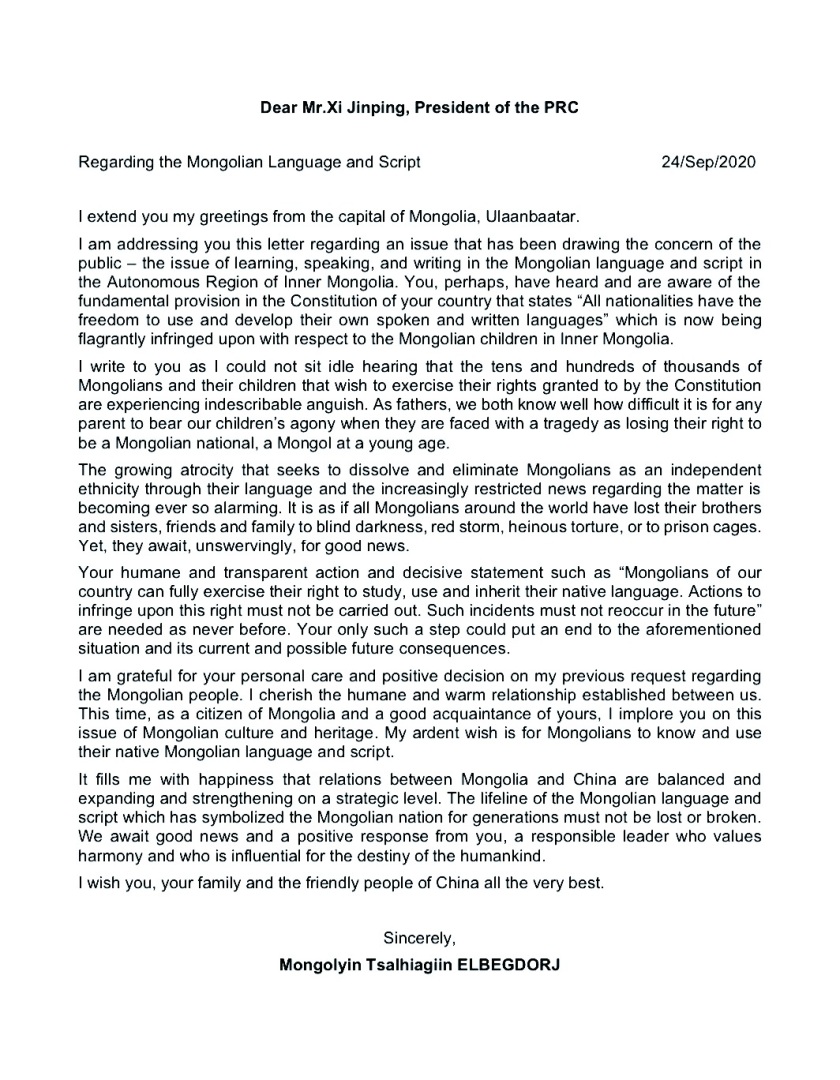 International Committee of the Red Cross (ICRC) recently allocated an additional 12 million Swiss francs (about $13.2 million) to its operational budget for the Sahel region.

GENEVA, Switzerland, September 14, 2020 – Increasing violence in Burkina Faso, Mali and Niger has led to a 62 percent spike in deaths and more than a million[1] people being forced to flee their homes over the last year. This rise in fighting is jeopardizing access to basic services, including health care, and affecting a fragile economy even as COVID-19 poses new threats, International Committee of the Red Cross President Peter Maurer said during a trip to the region.

Civilians are paying the highest price for the surge in violence. More than 4,660 people died in the first six months of 2020, according to data from the Armed Conflict Location and Event Data Project. The ICRC is extremely concerned about the level of violence and recalls that, under international humanitarian law, the civilian population must be protected and spared.

“The combination of rising violence and deaths, shuttered health care facilities, climate change effects and the COVID-19 pandemic make this a complex and multilayered crisis,” said Mr Maurer, who visited Niger and Burkina Faso over the last week. “People here are facing a battering ram of challenges leading to intense suffering for families.”

Military confrontations and forced displacements are increasingly limiting access to agricultural fields, depriving households reliant on agriculture of food. Humanitarian access to communities affected by the fighting is becoming more difficult in some areas, exacerbating the vulnerability of those in need.

Given the challenges, the ICRC recently allocated an additional 12 million Swiss francs (about $13.2 million) to its operational budget for the Sahel region. These funds will be dedicated to seeking enhanced protection for civilians, backing the provision of essential services and supporting conflict-affected communities to restore their livelihoods.

“Government budgets are strained globally due to the health and job repercussions of COVID-19, but it’s clear that this region of the world needs assistance to alleviate the crippling consequences of both armed conflict and climate risks,” said Mr Maurer. 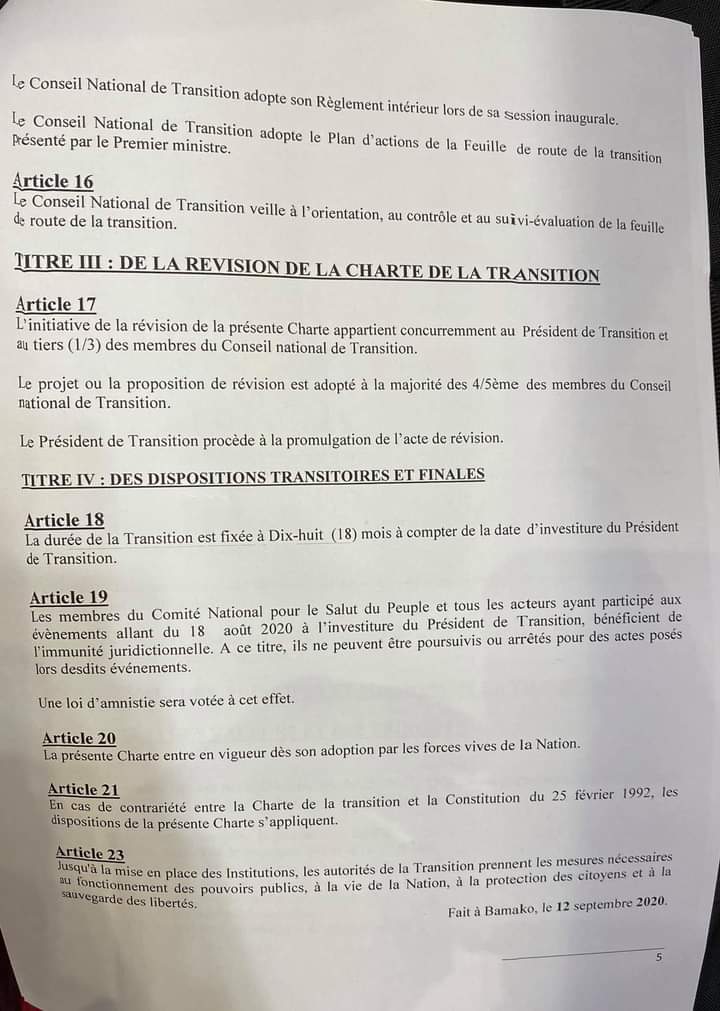 In this game, the ANC couldn’t win. They didn’t raise the stakes and neither did they address the needs of Zimbabwe. The ANC or the South African delegation to Zimbabwe only met with on party and didn’t even try to seek grievances elsewhere. Because, ZANU-PF the ruling regime will not tell the truth, neither will they address the issues at hand. That will make their ills and violence naked to the world to see. Something that would be stupid for them and they don’t want the neighbour to that for them.

Therefore, the ANC and the South African playing this soft has backfired. They didn’t do anything and also gotten nothing to bring home. They are going to a barbecue, but they don’t have meat or a salad. They are coming empty handed and hoping to eat a feast.

The ANC should have known and been prepared, alas it seems like a fishing expedition. ZANU-PF are now disowning and discrediting ANC. They are playing out all their cards and mocking the ANC. There is nothing they are not saying or touching on, which cannot be thrown back at them. Still, they are doing it for one reason. To make an insult of self-defence.

They are claiming Mbeki was invited, while this time they came on their own. Not like the ANC wasn’t coming there as a representation of the African Union, which Ramaphosa is the leader of right now. Mnangagwa knows that and the ZANU-PF knows that too. SADC have been silent on Zimbabwe too… so they have gotten off easy considering the issues that is living out in the Republic.

ZANU-PF knows about this and their methods to silence critics and dissidents. The state of affairs is this way and instead of addressing that. Take accountability and being transparent about that. The ZANU-PF throws shade ANC. Saying all kind of ridicule and being ridiculous… like the younger sibling teasing the older sibling. We have seen it all before and ZANU-PF plays it to a T.

If the ones in-charge in Harare things this is a smooth move and brilliant PR. They are clearly misguided. Yes, it helps their backers and the ones in power. However, they are not getting more friends or even getting positive feedback from the international community.

ANC should have played this differently and not rushed this out so quick. Yes, there was an outcry and legitimately so… there are plenty of violations and issues, which the ZANU-PF doesn’t want to change. Because, that means they have to answer for their actions, which they are not interested in doing.

With all of this in mind, the ANC couldn’t have made a difference. There is no will from the authorities in Harare anyway. That is why they are deflecting and showing no remorse in the media in the days after. They are even vilifying the ANC. That is to the extent the ZANU-PF goes too further their own interests. ZANU-PF only did this, because they felt they had too. Not because they wanted too.

So, Ramaphosa, AU and SADC have to see what has happen after the meeting and ask for an invitation with a mandate. Because, what they did now was a lot of nothing with no results and getting a lot unnecessary scrutiny, which they could have prepared before leaving South Africa. Alas, they didn’t and with the haste to intervene. They have only lost on both fronts and ZANU-PF is only showing their true face… Peace. 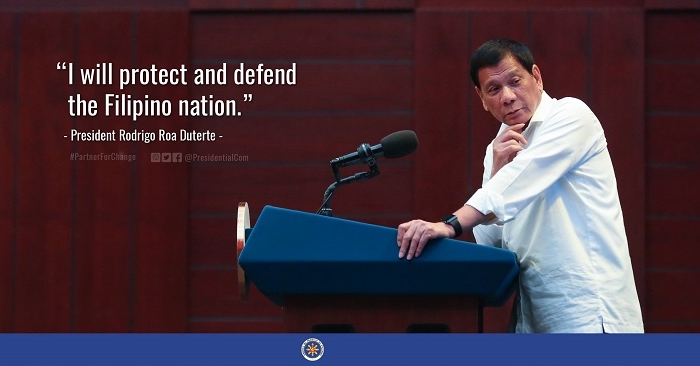 Well, it is about that time. When you can show to the fact that someone has a strong opinion and uses massive force against certain people, but when the buck stops. The person changes totally. For God knows what reasons, but usually monetary gains is the long-term perspective for why.

In this instance, it’s the hypocrisy and the double standard from President Rodrigo Roa Duterte. The President has used the law enforcement and the army to kill, destroy and detain the cartels, the drug-smuggling rings and the addicts as well. He has used extra judicial killings and went after these criminals with brutal during his reign.

The same man has also been very vocal about his disdain on the matter of independence and sovereign as a state and would not accept interference from other states on its behalf. Especially, in concern to this violent crackdown and the use of force against criminal civilians. However, now … his issuing a pardon to a soldier, a U.S. Marine who has committed a homicide or a murder in the Republic.

This is from the same President that went on a warpath against a nun, who dared to question his moral authority. The same man that has accepted to criminalize a certain aspect of society and deemed it fit to kill them without a trial. The same person is now pardoning Joseph Scott Pemberton with an absolute pardon.

That amazes me and the double standard is obvious. Because, if this man wasn’t a soldier, a U.S. Citizen and someone with suction within the army. There would be nowhere in hell that he would walk free after this. He would answer to the courts of law and would be in deep trouble. Because, he took a life and killed another civilian. That’s what the soldier did. Killed a Filipina in cold blood and his getting away it.

That should be a thing. It shouldn’t’ have happened, but not that it has occurred, and the life is taken. The soldier should at least answer for it and be tried in courts. That is, if life has any value and people are subjects under the same law. The soldier has done something illegal and beyond his jurisdiction. He has committed a crime, just like the criminals selling drugs. So, if the President should be fair. He should be killed to in the streets like thief and a drug-dealer. Alas, this man is walking free. Just because he has a US Passport and is part of the US Army.

This is all just to do a friendly political move towards the US. So, that the Trump Administration can free one of their own and send the private home. To be an example of good graces and show how much power the US still have globally. Since, they could free a man who was detained rightfully for homicide. Still, that life didn’t matter to Duterte nor the US.

Pemberton is now the epitome of injustice. He walks away from the burden of answering from his crimes. Since, his is possibly a bargain chip in a political gambit of the President and his administration. While the remaining family of the deceased will never see the return of the family member that got murdered. That is the injustice in this.

This is all happening from the same President who has no issues taking lives and using extra judicial killings as a method to stop drug cartels. The same man clearly should see the double standard and as the mischief this is. As he issues a pardon for homicide.

There shouldn’t be vindication for this, as the victim cannot be returned, and the damage is indefinitely. If life matters, if justice matters, he should answer for it. Just like any other criminal, but instead because of circumstances. He gets off easy and with very little cost. Peace.