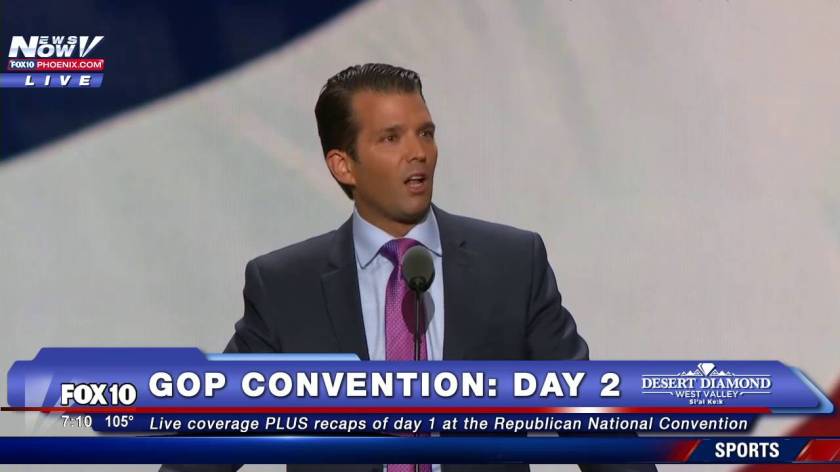 In the order and motion of Supreme Court of New York, Judge Arthur F. Engoron on the 3rd November 2022. What this motion and order did was initially to have an independent monitor to oversee and have oversight of the Trump Organizations; and their plans of creating a new Trump Organization 2, which would be there to takeover the assets and liabilities of the original Trump Org.

In that motion, there was one passage that was very interesting and compelling. Not that people has the best view or image of Donald Trump Junior. The erratic behaviour and online speeches haven’t made things looking any better.

However, there is some parts of the passage on “Donald Trump Jr.’s Disclaimer of Responsibility for SFCs’ Accuracy” which is really unique and telling. That part of the motion alone is saying something about the arrogance and thinking there is no consequences of own actions. This coming from a supposed senior executive and in-charge of a company. An ordinary employee would be fired for the neglect and lack of due diligence.

“Defendant Donald Trump Jr. is a senior executive at the Trump Organization and a trustee of the

Donald J. Trump Revocable Trust, which was responsible for certifying the SFCs accuracy to

banks and other institutions. He personally signed representation letters to Mazars on each

Statement Engagement while serving as a trustee, and those letters included the representation

accounting principles generally accepted in the United States of America.” NYSCEF Doc. No. 48. The statement further said that “(w]e have not knowingly withheld from you any financial records or related data that in our judgment would be relevant to your compilation.” Id. Notwithstanding such representations, Donald Trump Jr. testified at his deposition that he had no knowledge of Generally Accepted Accounting Principles (“GAAP”) outside of “Accounting 101 at Wharton,” and that he “had no knowledge as [GAAP] relates to what it was for, for the Statement of Financial Condition or not.” NYSCEF Doc. No. 43, pg. 10-11. He further testified that despite personally vouching for their accuracy, he “had no real involvement in the preparation of the Statement of Financial Conditions] and don’t really remember ever working on it with anyone.” Id. Accordingly, at a minimum, Donald Trump Jr. signed off on representations to Mazars without performing the due diligence necessary to ensure their accuracy or compliance with GAAP, raising serious doubt as to the reliability of future SFCs for which Donald Trump Jr. may be responsible. Furthermore, the record is replete with evidence that Donald Trump Jr’s statement that “we” have not knowingly withheld pertinent information is blatantly false” (Engoron, 03.11.2022).

It is compelling to read this… that a grown man and a senior executive thinks this sort of statement or reasoning is really bonkers. Just think if an employee or a hired consultant did this for the Trump Organization. That would have been a reason to fire or sack someone. However, we know that the family members of the Trump Organization can’t be touched from within. They are the ones carrying the name and because of that.

Donald Trump Jr. can possibly be charged with perjury over this. Who believes that he didn’t know or had no idea what went on? When it happened year after year and with the same arguments to ensure better loan terms or pay less in tax. That’s why you know these sorts of things are haunting the Trump Organization. Which just happens to be where Don. Jr. was an Executive. Meaning he had power and he followed protocol on this. He knew it was money in these practices and he earned on it too.

That’s why it’s hard to believe that his this sort of stupid. When he had the motivation and the motives to earn on it. There is money to be made by making these statements of financial conditions. Don. Jr. have to answer for it, because he signed off on them. It is only now that it’s investigated and such… his suddenly not aware and had nothing to do with it. Which is weird… when he and others profited on it. That’s why I have a hard time believing his statement on this matter.

Hopefully the jury and the judge does too. It seems insincere and totally bonkers to begin with. Peace.