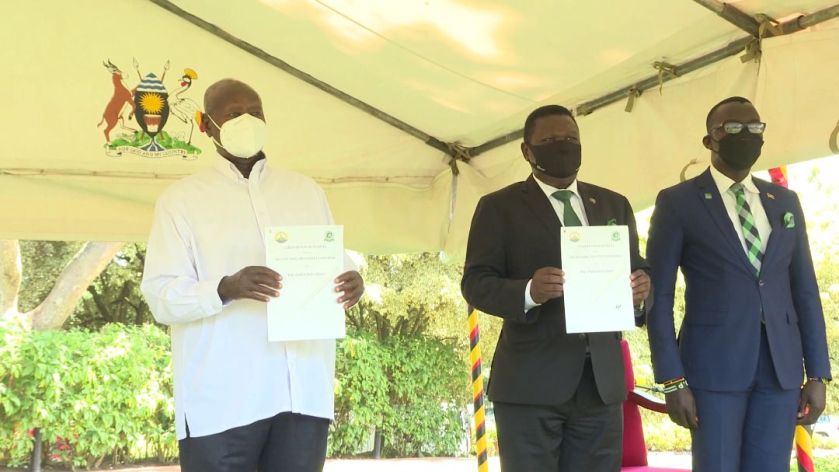 “My father taught me many things here – he taught me in this room. He taught me: keep your friends close, but your enemies closer” – Michael Corleone (Godfather II, 19744).

The day after Democratic Party President Norbert Mao signed a cooperation agreement with the National Resistance Movement (NRM). It has been announced that his been appointed to the become the Minister of Justice and Constitutional Affairs. This means that Prof. Ephraim Kamuntu is demoted because of this trade-off.

I’m not worried about Kamuntu… he will find a plumb-job and that’s because the President favours his sort of kind. The blind loyalty to the throne and accepting the duties, which the President sees him fit. Now the bigger question is what Mao plans to or intends to do as a Minister of Justice and Constitutional Affairs.

Mao can push forward with constitutional changes, which could easily be amendments to the rights of land. The newly minted minister could force changes that the President wants with Mailo-land and appease the abilities to expropriation of land or speed up “development projects” or “investor-friendly” enterprises.

The other important aspect like in the previous Parliament is the government system and laws surrounding the current President. In the 10th Parliament the MPs abolished the Age limit in the Constitution. Ensuring the longevity of the presidency and legalize the continuation of Museveni on the throne.

Mao could push for the constitutional amendments that makes the Parliament able to elect the President. Where the MPs will elect the President instead of by the universal suffrage. This would change the electoral laws and the parliamentary system. Which would be similar to United Kingdom where the MPs are electing the Prime Minister, the head of state there. However, we are not sure about this.

We don’t know if Mao will accept the changes of the Constitution so that the MPs and the majority of the Parliament can elect or appoint the Inspector General of Police (IGP). That’s also been tabled private bill and we can wonder if this is even feasible.

Certainly, there are rumours that Mao will work to deregister and ensure the demise of the National Unity Platform (NUP). That is not yet clear, but the rumours are worrying and we know that the gig of targeting the NUP has paid-off for the Chairman already. Therefore, thing are bound to happen and it is just a matter of time.

We know the likes of Mao wants to prove himself. His an unelected minion of Museveni now. Mao will do like Beti Kamya did in the Ministry of Kampala. That’s what we should expect, because he wants to show he was worth it and is a guy of the President.

He will turn into one the most loyal subjects of the President. The sort of crony and associate we have never seen. This man will go head over heals to defend the government and it’s ills. He won’t mind to attack and use the law for personal gains. His selling the party he represents and his own career over a high ranking office. When you are willing to do that for personal gains. You know the man will easily do whatever he can to serve his new master. Peace.