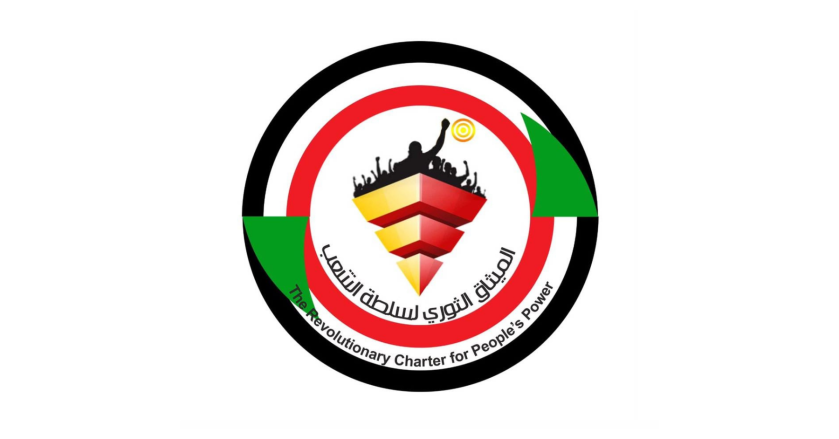 Mercy, forgiveness and eternity for the martyrs.

To the masses of the Sudanese people:

After reading and deliberating the Revolutionary Pact for People’s Power, issued by the representative resistance committees the states of Sudan, within the joint committee of those dismissed from the public service, represented in their tripartite committee (civil service, police and armed forces), with complete conviction that everything stated in it was consistent with the principles of the glorious December revolution and with the aspirations of our people who always desire freedom and dignity.

Those who were dismissed for the public interest and arbitrarily are the first victims of the rescue and bore the heaviest burden in resisting it and digging the paths of struggle in the homeland and preserving their positions, despite displacement, chases, arrests, ghost houses, killings and what they did not do for three decades. They are the fathers and grandfathers of thousands of revolutionary youth who perfumed the streets with their pure blood carried all their heritage and raised it to great heights.

It was upon him that a joint meeting was held between the Committee of the Revolutionary Pact for the Power of the People and the Joint Committee of the Dismissed, and it was necessary for us together to issue our position and announce it to history and to affirm our alignment with the concerns of our people and their inherent right to freedom, peace, justice and democratic civil rule at this critical juncture in the history of our homeland and our people.

Our support for the People’s Power Revolutionary Charter comes because of its scientific diagnosis and objective treatments of the historical Sudanese crisis, and the emergence of a new era in which the people of Sudan participate in determining the fate of their homeland. And also from blind trust in the resistance committees, our youth, and our people, and their miraculous role and sacrifices that stop death and bullets in their honor.

We declare our signature on the revolutionary pact for the authority of the people and encourage and contribute to every sincere effort to unify pacts, coordinate joint field work and reach a unified pact that represents the political thought of the revolution achieves the aspirations of our people.

We are determined to move forward in our struggle with all the forces of the real revolution on the ground to extract our full rights in a free and healthy homeland with a civil government under a civilian authority without partnership, and for the army to return to its well-known duties and to disband and demobilize the militias and complete integrating them according to the law, and for the police to return to their duties from a long-standing exile, and to work according to the development that has organized the world around us, and to abide by all international human rights covenants, and to return to the public service with its integrity and impartiality And her professionalism is all under the umbrella of the Three No’s, which has become a chant on all lips (No Negotiations, No Illegal Parternship).