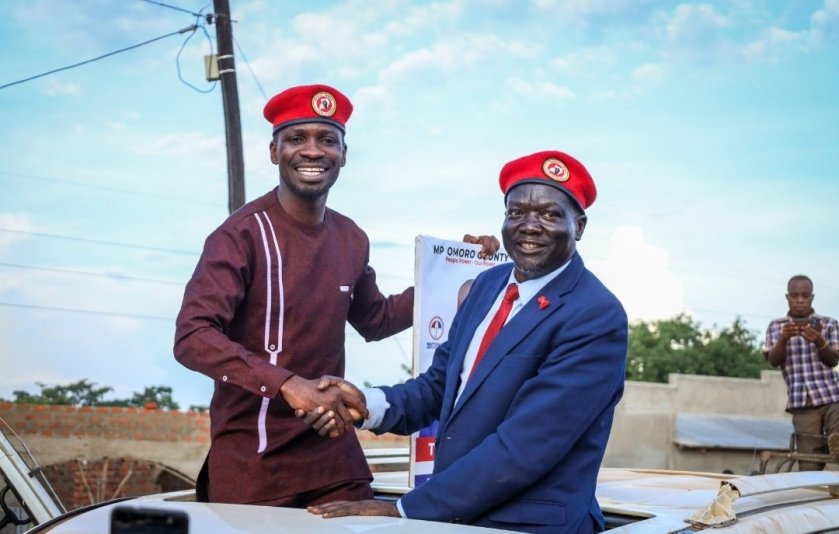 “Police Mount Checkpoints to Screen ‘Strangers’ In Omoro Ahead of By-election. According to the Aswa River Region Police spokesperson, David Ongom Mudong, the checkpoints will help Police to screen people.…especially those who are strangers and entering Omoro District at the time campaigns are ongoing. But NUP Candidate, Simon Toolit Akecha says the checkpoints being erected in the constituency are targeting their campaign teams and supporters” (Unity FM 97.7 Lira, 22.05.2022).

This here was reported about yesterday. Now it is verified from the radio station in Lira. The By-Election in the Acholi Sub-Region we knew would be contested. The authorities and the state is using all their means to succeed.

The checkpoints are clearly made for arresting people associated with the National Unity Platform (NUP). As there are reports of both well-known activists and mobilizers in the area that is kidnapped and kept incommunicado.

“I’m told the army arrested NUP supporters and members on the campaign team last night in Omoro. Some were picked from their hotel rooms” (Kelvin Omukungu, 22.05.2022).

“This brother uses the profile name Maush Mo on Facebook, alongside some others he is said to be held incommunicado in Omoro by the Police. The leadership NUP is making efforts to establish reason for the arrested” (Kato Festo, 22.05.2022).

There was also reports yesterday that the Special Forces Command (SFC) was using violence, beating and brutally arresting people who was associated with the NUP. Therefore, this is a continuation of that and just shows what the NRM is willing to do to “win”.

There is also reports that the NRM is giving away money to villages and their team is spending millions of shillings to buy voters in the Oromo County By-Election. So, the NRM is not “wasting” any resources on the prestige of getting the Son of Jacob elected. Peace.