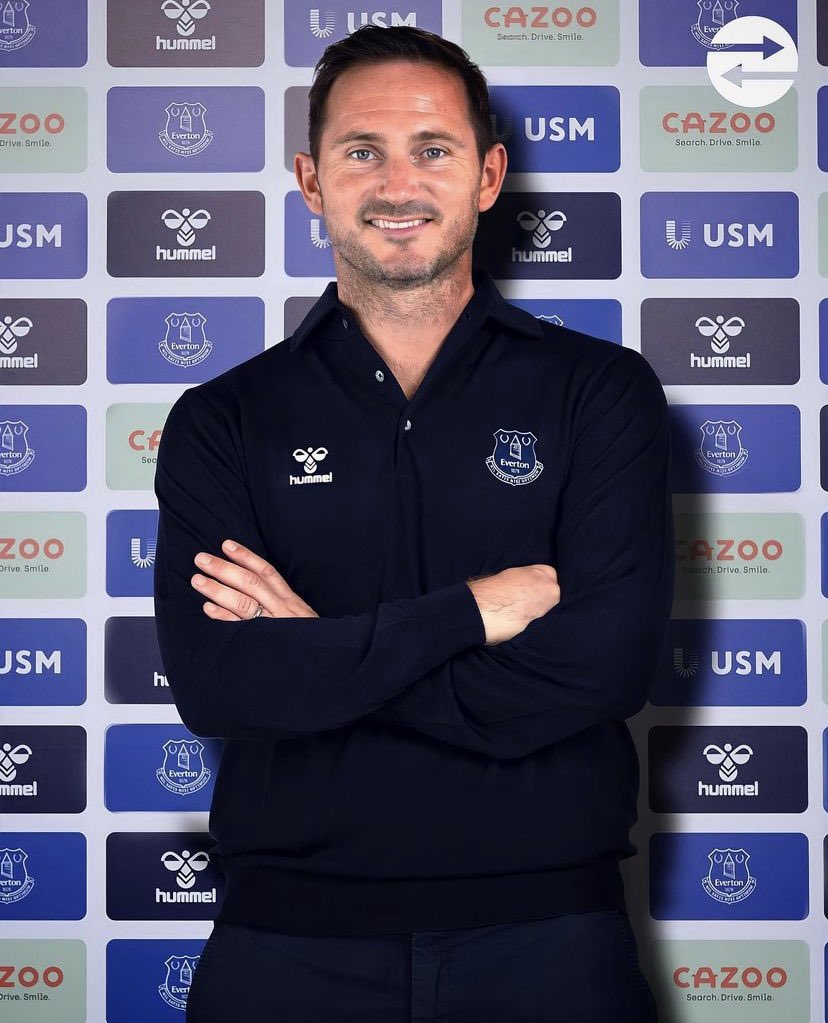 The bet on the novice or less qualified manager Frank Lampard has certainly not paid off. In 12 Premier League matches since taking over. Lampards team has won 3 matches, 1 draw and 8 lost. That is a terrible stat, as the Goodison Park and Evertonians are working to survive the league this year.

What is striking as the management goes along is that Lampard haven’t been anywhere near the pressure or test as manager before. His assistant Paul Clement might be more experienced and even been in hot-water in the past. Still, that doesn’t save him this time around. After today’s loss against arch-rival and losing the Merseyside Derby on Anfield.

Lampard is for the first time in the direct relegation zone. He was only appointed or hired on the 31st January 2022. So, everyone can say he has little to no time to make a difference. Nevertheless, when you are trailing and falling like Everton. There is a need for restructuring the squad and figure out a way to grind out results.

However, we can see that Everton and Lampard haven’t done that. As the rest of the season is a real test for him too. What is striking is that lowest points to ever save a club in the Premier League have been with West Bromwich Albion (WBA) who was able to avoid relegation with 34 points. By now that will depend on the current form of Burnley and Leeds, which is just above the line.

Everton has only two “easier” matches left of the season against Watford away on the 11th May and Brentford at home on the 15th May. While they are also meeting Chelsea, Leicester, Crystal Palace and Arsenal. Which are matches that could easily become bloody for them and be dreadful in the form their in. There is no consistency so these are easy favourites ahead of these games.

Burnley is meeting Watford in the next match and also meeting Aston Villa twice. While meeting even harder competitors in Newcastle and Tottenham. Though these two team will have nothing to play for and Tottenham could already be out the possibility to get into Champions League next season. Therefore, as Burnley is in better form and actually gets points. Their two points advantage can be very favourable. Especially, if Burnley wins over Watford in the next round and Everton loses against Chelsea.

That’s why the next few matches are crucial, but we shouldn’t consider a sudden change or a new football philosophy. Lampard have no time or ability to get that into play. Heck, he don’t have the squad or the morale to make things change rapidly. While Burnley and the players have fought this battle more recent and know how to play this one out. Even when Burnley is without Sean Dyche and has interim player manager Ben Mee.

Frank Lampard took a chance taking this appointment. This was maybe more promising than Norwich or anywhere else. Everton has been struggling and there is no promise on the horizon now. The last few matches proves that and the stats for Lampard isn’t looking great either.

Lampard will most likely have an Everton relegation on his CV. That is not something you want and certainly not being known for doing so either. His bringing the biggest club to the Championship in living memory. The sort of club that talked of entering European Cups and getting possibly into Champions League within a stretch. Instead it is getting relegated with a mismatch of a squad, fallen wonder-kids and a massive wage-bill. Which will deplete the possibility to get much players to ensure a quick return to the Premier League. As the Championship is a tough and brutal league. Where most of them are fighting and spending over revenue to get ahead, and get promoted as swiftly as possible.

That’s why Lampard isn’t a favourable position now and not surely going to get any better next season either. As the club is fatigued, lack of structure and overspending. In the mix of not having a direct and experienced Sporting Director or having any sort of long-term plan on the scouting or transfers.

There haven’t been a plan and each manager of late has done a lot on their own. That’s why the team is filled with players bought and preferred by the previous managers. While the ones gotten in the last transfer window by Lampard haven’t done much either. Van der Beek and Dele Ali haven’t shown much, if any at this point. They are all part of the problem and the trouble will only get much worse as the season is coming to a close.

Everton is in a relegation battle and has little to no hope. Other clubs has to possible save them. I doubt Lampard or any of this players has the greatest escape in them. Burnley seems more fit and Leeds don’t need much to graze into safety. That’s why Everton has to do it on their own. The matches of Watford and Brentford will be the vital ones, but by then… Burnley might have made it a bridge to far. Which should be the fear of Lampard.

He is now in a grim place and nearly impossible to avoid the relegation. That got to sting. He gambled and so did the Everton Directors Board… the club is losing and doing so quickly. The stats aren’t even on Lampard’s side either. That’s why….

Everton is sinking… while no one is finding the reason or trying to figure out how to save the people on deck. No, they are just hoping an act of mercy or luck will save them. This is not going well and the Merseyside derby will be gone from Premier League next season. Peace.