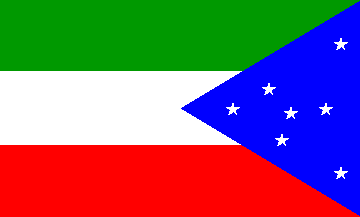 The Sidama’s formidable Human Rights Defender assistant Professor, ‘Tesema Elias Shole’ has been abruptly taken out of his house in the evening of 02 December 2021 around 09:30 pm local time by the federal and regional security forces. His kids who were on his arm during security’s storming of their house, left extremely distressed and traumatised as they do not know what was happening to their beloved father. His whereabouts is so far unknown. It is believed his accusers are Abiy’s and Amhara elites’ Sidama messengers who are trading by the blood and bones of the Sidama nation.
Assistant professor Tesema Elias Shole is one of the Sidama’s remaining True Ejjeettos from among the previous Sidama Ejjeetto leadership. The rest of the previous Ejjeetto become the subjects of bribe as they reverted to supporting the Sidama’s historic enemies- currently fighting for territorial expansion in Tigray, Oromia and in various parts of the empire- under the pretext of keeping Ethiopia united – whilst playing to the contrary as they shake the foundation of the empire that is begging to be remoulded in the manner it addresses the interests of its entire stakeholders.
The Sidama Ejjeetto and the nation’s five decades old liberation organisation were systematically disabled by bribing its leaders. The SLM chair and the other executives were handpicked and ordered to disband the SLM instead joining the PP. The Sidama’s an historic and worst quislings joined nation’s historic enemies to comply with the expansionists’ agenda in an occupied Sidama land. The Sidama Ejjeetto also become the subject of such bribes by leaving their principle behind to join the Sidama’s state president who has been appointed by Amhara elites to do their dirty job in Sidama land. By doing so the regime has ensured the silencing of the opposing voices in Sidama. Apparently, the Sidama land and its capital city became Amhara elites’ second capital after Bahirdar.
The remaining voices for the Sidama nation in Sidama land are now a few intellectuals who are openly voicing their concern on behalf of their nation by rejecting the imposed rule on Sidama’s hardly earned state. One of those true sons and daughters of the nation is assistant professor Tesema Elias Shole. He has been arrested and released several times and repeatedly threatened and intimidated by the Sidama state’s and federal security apparatuses simply because he has rejected their offer to be the slave of the criminal regime committing genocide on its own citizens by inviting foreign fighters. Tesema currently teaches in Hawassa university, School of Law, where he is an assistant professor.
We never forget for a second that the sons and daughters of the Sidama nation have shed their precious blood to unwillingly snatch their rights to self-rule from the hands of unionist dictator and his advisers who are all Amhara elites. The Sidama state that is taken away from the hands of the nation by the unionist gangs is the preciously earned state. Those who have sacrificed their precious lives is not for our enemies to reclaim it from our hands.
Over 247 lives were sacrificed between June 2018 and July 18, 2019, alone (more than those who were killed during EPRDF’s 27 years rule); and over 5000 Sidama were imprisoned during the harrowing struggle of the nation for a statehood. Tesema’s and other Sidama Ejjeetto’s roles were enormous.
Therefore, the Sidama nation of all walks of life must demand Tesema’s unconditional and urgent release. Finally, we urge the Sidama’s Amahra messengers who are trading by the nation’s name to unconditionally release Tesema Elias Shole and all prisoners unlawfully incarcerated in Sidama land. The ongoing imprisonments of the Tigray civilians all over the empire must be stopped; and all nations and nationalities must unite in rejecting the resurrection of fascist king Menelik II’s ideology and politics of slavery. The Sidama nation must rise against the brutal and fascist regime dehumanising the subjects to remain in power.
Unconditionally Release Professor Tesema and The Rest Of Prisoners Incarcerated In Sidama Land!!
December 03, 2021