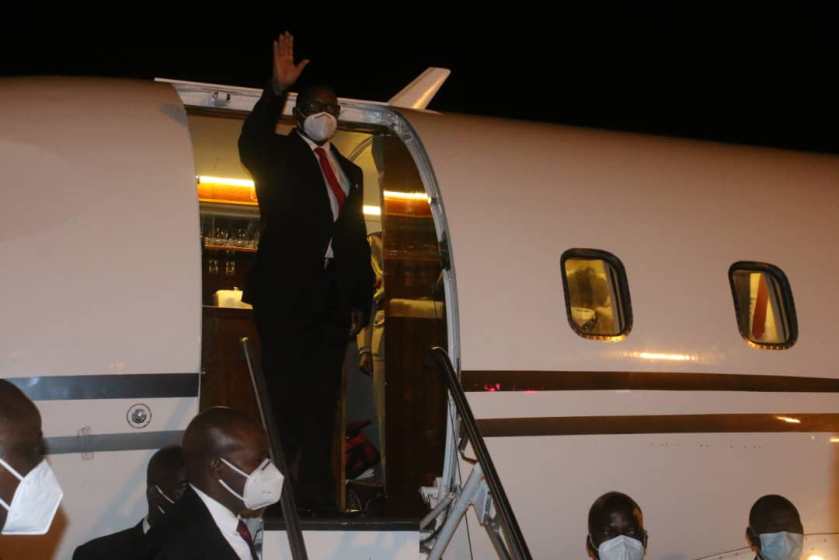 Malawian President Lazarus Chakwera is no different then the ones he took over from. Why do I say that? Well, the President is appointing his family to positions, hiring associates and officials within the ranks of the Tonse Alliance. This has been proven and he does what he promised he wouldn’t do.

Chakwera went after the previous President and his actions towards appointing family members into government positions or offices. The current president hired his own daughter and gave her job. This is why he has already caught flack for that this recent week.

Now to top it off, he is travelling to London, United Kingdom (UK) in the middle of a global pandemic. To participate in a virtual conference. Meaning a conference, which will be held online and be on the internet. This will not be held in a fancy hotel and be like ordinary conference with food, pleasantries and meetings in various of rooms at the venue. However, no… this will be virtual. Meaning, the participants can be anywhere as long as they have the code to enter and be part of the program as scheduled. That is usually sent from the ones running the conference to the speakers and whatnot. Therefore, the President flying to the venue or the nation of the conference is just foolish at best.

The President clearly doesn’t care. As his been mentioned to say the “internet” and the “connection” in Malawi is unsteady and not reliable. That’s why he has to cross half-of-the-world to participate in this conference.

By doing so… he is indirectly saying the ICT sector and the Internet isn’t good enough for him. Not like he has any power or ability to make it better. The President could invest in better broadband and ensure steady electricity. As these things are big investments of fibre- or secure the electricity companies deliver continuously and not have “blackouts”. So, he has a job to do and he could push the other ministries to make this happen. However, that is most likely since he gets a few free rides to other capitals by not doing it.

Chakwera is reckless and doesn’t care. That is clearly the visible message, as he went on the plane yesterday. Because, it is very “rich” that he can spend public funds on a travel like this to London to be a speaker and a participant in a virtual conference. Not like he couldn’t done that from the State House or any government facility. He should have trusted his government and internet connection they have.

The President is mocking his own country and citizens by doing this. It is not a sign of greatness, but of how willing he is to take a plane to live lavish elsewhere. He will enjoy the spoils of London and be a dignitary in the United Kingdom. Where he can eat, drink and spend like there is no tomorrow. That’s what will happen.

The President will enjoy the silver lining and be at a 5 star hotel most likely and possibly eat a Michelin star restaurant every night. If not have specialized procured and made by an expensive chef. So, don’t be shocked if the billing for this trip is out of the roof and the President doesn’t want transparency over this. Because, it will look bad publicly.

Chakwera promised to be different than his predecessor, but his current day actions is copying the ones before him. He is just acting like them and taking the people for granted. Peace.