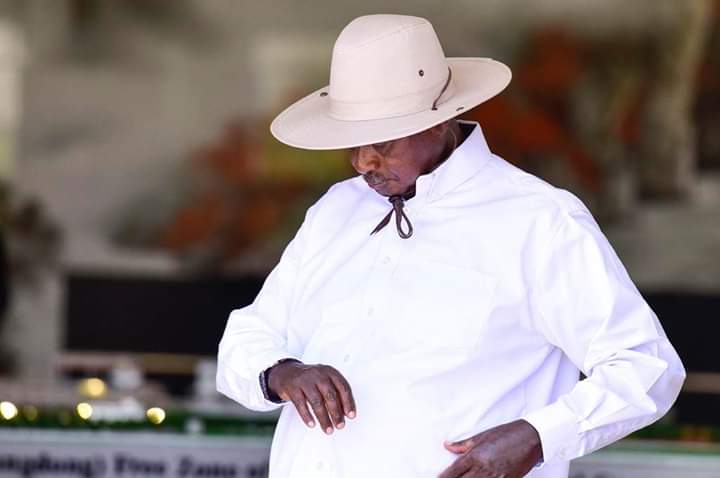 “Let all the leaders stop confusing people by sending contradictory or divergent messages. The NRM message ever since 1966 has been: all homesteads to join the money economy using ekibaro (cura, otita, aimar ─ profitability assessment) to guide their enterprise selection” – President Yoweri Kaguta Museveni from State of the Nation Address on the 4th June 2021

Well, this isn’t a shock, but President Museveni lies. Let’s make things clear. The National Resistance Army (NRA) was founded in 1981. Secondly, before that Museveni had launched a new political party before the 1980 General Election. That was the Uganda Patriotic Movement (UPM) and because of the failure of that party. He went to the bush and founded NRA/M.

Thirdly, as stated underneath here. We can see how his stances was personally in 1960s and there was no NRA/M at that time. He was a student in Tanzania. So, it would be difficult to be a capitalist and believe in the free-market. When you where kicked out of the UPC for your leftist tendencies. Also, Museveni was reading up on Marxism and even formed a forum to study it. So, how come he says the NRM has believed in capitalistic ideals since1966? Who can riddle me that?

This was written about Museveni in 1987:

“Indeed, in 1964, just two years after the country’s independence, Museveni was fired from Premier Obote’s Uganda Peoples Congress (UPC) party, when UPC’s youth league (in which Museveni was an active member) was banned for advancing “leftist tendencies”. This anti-people move was not a surprise, for it was in Uganda where the first genuine and coherent critique of colonialism was made. The critique, not by an historian or political-scientist, but by a poet, the late Professor Okot p’Bitek, one of Africa’s greatest poets to emerge after World Warn, remains a solid 200-page epic poem called Song of Lawino. Around the same time, in 1966, Museveni joined the University of Dares Salaam where he played a progressive role as Chairman of the University Student African Revolutionary Front (USARF) a forum for the rigorous study of Marxism. In Dar es Salaam, he was greatly influenced by the peoples’ historian, revolutionary and scholar, the late Professor Walter Rodney, author of the famous How Europe Underdeveloped Africa. As leader of USARF, Museveni led a group of six revolutionary students on a month-long tour of the liberated areas of Mozambique in September, 1968” (UFAHAMU, A Journal of African Studies, 15(3) – ‘MUSEVENI, THE NEW GENERATION OF AFRICAN LEADERS AND THE STATE IN UGANDA’, 1987).

When you know this and read this. You can just see how easy it was to debunk this lie. The NRA/M wasn’t even existing at that time. That’s shows how he wants to manipulate and rewrite history. Just like he hopes these sorts of records stop to exist.

President Museveni didn’t preach Operation Wealth Creation in the 1960s. Just to further prove the bogus statement of the President yesterday, Dr. Ezra Suruma said this about the economic policy in 1986: “The thrust of its economic policy is a mixed economy in which government and the private sector are copartners in the development of Uganda .. Economic regulation is minimal while private initiative and public infrastructural construction proceed at a maximal pace ..” (Dr. Ezra Suruma – ‘UGANDA 1986: PROBLEMS AND PROSPECTS’ in Transafrica Forum, August-September 1986).

So, even in the beginning of the reign of Museveni it was a mixed economy. It wasn’t even then a fully capitalistic policies. So, the truth is reveal and the lie is so easy to expose at this point. Museveni should know better. He cannot even go back to 1966 with the NRA. Because, that is impossible. The ideals of now… wasn’t the deal back-then. So speak truth, you are lying and your bad at it. Peace.