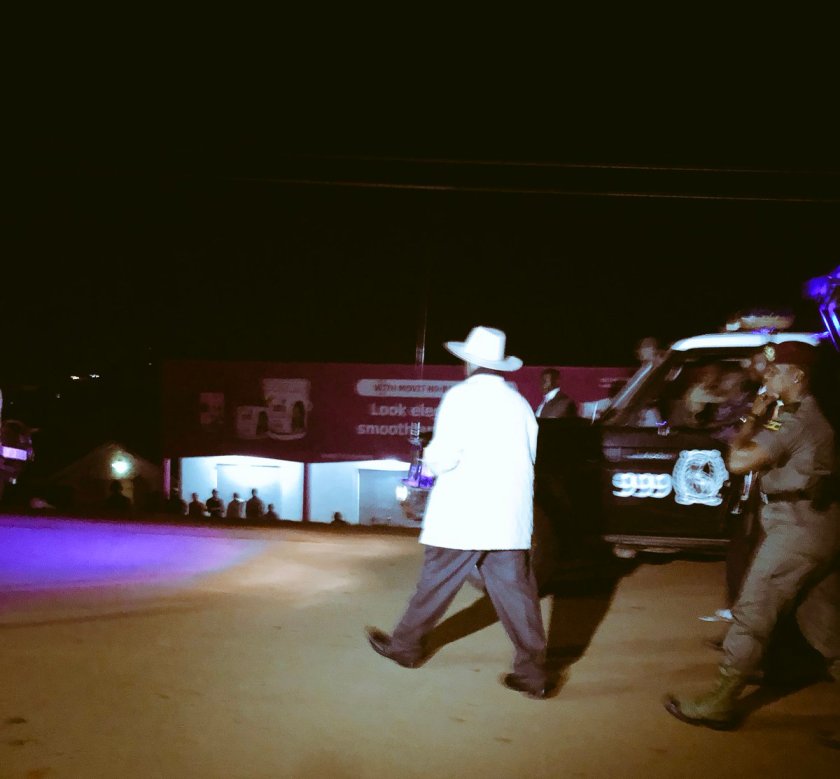 Just like today’s statement on calling the assassins on the boda-boda’s “pigs” in his recent statement. Is only a moment of fury for the online and the ones following reports. The crime that’s committed or the extra judicial killings happening in Bukoto today will not be solved by this.

President Yoweri Tibuhurwa Kaguta Museveni has done this several of times. Promised to find the culprits. Gone himself to the crime-scene. Showed his public and cried crocodile tears the vigil of the deceased. Promised the families gold, silver and retribution. However, not ever seems to happen and the dead, stays dead.

What President Museveni did today… was his stick. Name-Calling, promising action, but don’t anticipate a sincere investigation, criminal prosecution or anyone in connection getting caught. No, because if they investigated this. It might come to close to comfort and a brother like him doesn’t need that. He is already bickering about misuse of funds with his wife, sons and extended family. They have all their games and misgivings to earn fortunes on the state platter. He doesn’t need a additional crime syndicate investigation, which could be knocking on his door. No, that’s not happening.

Which is why he rather speak ill of the criminals and the hired guns. The hit-men or the assassins. They are the pigs that should get slaughtered and not the ones who was with today’s target. No, they should be punished. They didn’t even finish their job and left empty handed. Taken lives that wasn’t accounted for and in the same car as the supposed victim.

President Museveni knows this and we don’t believe his words. He knows perfectly well how many investigations, criminal cases and whatnot that is ice-cold. There is no leads or hope to resolving, as the culprits and the hired guns are in connection with high ranking officials, which cannot be implicated in any sort of fashion. They are untouchable and their orders, their regime and their ways of dealing with this has to be done in complete silence.

That’s why statements like today from Museveni is only done to score brownie points. Make it seems like he cares, though in the end. His just covering over the fact and hoping the assassins will get away. He needs them another day, if not his close associates does. They have the needs for these services and they are willing to comply. This is done in the clear implication of buying him time.

President Museveni knows this game and plays along. Taking everyone for fools. Everyone knows in secret that there are dark games at play at the State House. The President and his men can order killings and murders like others order coffee or a chai. That is just the mere reality and the men who does this for them. Is shielding them from any sort of legal jeopardy or any sort of harm. They are allowed to this and not paying a price for it.

He will not deliver the gentlemen on the boda-boda today. No, he needs them and their kind. They are vital for his business and the way he runs affairs. A man who masters death and who seals the fate of others. That is what he has made a career doing. President Museveni will not find them or get the authorities to find them. If he finds them. He has lost the men who carries out his dirty work and the President cannot do that. It costs him to much.

That’s why his trash talking and promises the heaven’s, but we know this will only be dealt with in hell. Peace.