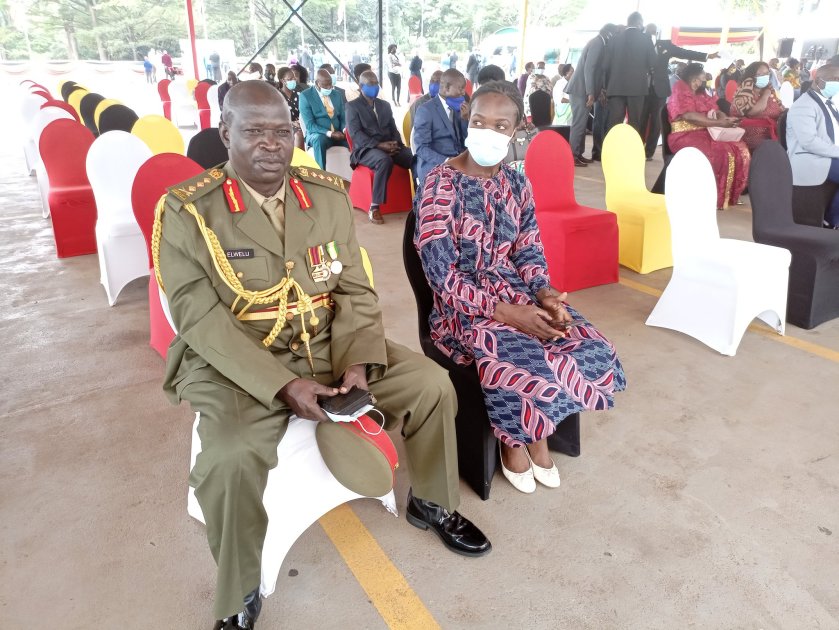 There is already questionable reasons for the Uganda People’s Defence Force (UPDF) aka the National Army having 5 Members of Parliament. This is a “specialized” group by law and to further the militarization of the state in Uganda. The National Resistance Movement (NRM) have these sorts of MPs to secure majority and have the votes in their favour. It is not there to represent anything in particular. This is just a political game fixed in favour of the President and his ruling party.

Within those MPs from the UPDF. The newest member is Lt. Gen. Peter Elwelu. He will forever be remembered for the Kasese Massacre. Where there some numbers of fatalities. However, I doubt this numbers are legit. Since there was mass-graves made after that. People losing their lives, the state went into full mayhem and the supposed group they were fighting has never existed before or after. They just targeted the Rwenzururu Kingdom, which has been in legal jeopardy since then. The king has been in exile and not allowed to return. Therefore, the wounds of Kasese is still open and the lack of proper investigation or trials is the truth of the army, flying squad and special force command attacks on the Royal Palace in Kasese. That is something that I will never forget and nobody else should either. There are 136 lives taken, which have never gotten justice. While the ghost of the invisible “Kirumiramutima” or the “Strong Hearted” never came into fruition.

To this day and as he was swearing-in as MP he defended this. Saying the ICC had clear him and so fourth. Saying it was all justified and so fourth. However, still to this day… there is no evidence of the reasons for the attack, the massacre and the extra judicial killings happening in Kasese. Neither burning the Royal Palace and evidence for the arresting the Kings Guards and the King Charles Mumbere himself. Therefore, the Lt. Gen. better chill and await the turn of the tides.

Right now the Lt. Gen. is rising and promoted by all means. Since Kasese he has shown loyalty to the President and his son. That’s why he has gotten titles and new roles. He has benefited and gotten a pay-off for being a soldier in their causes. Clearly that is visible to the naked eye. This is why he feels superior and untouchable.

However, the Lt. Gen. should check how many generals that has had their demise. They have been close to the throne and suddenly they have died. There is plenty of these in the times of Museveni. He maybe feels unique and being something else, because of his position today. Lt. Gen. Elwelu might think he can get away from his past.

Nevertheless… him as person will sooner or later meet reality. If his ego gets to big or he forgets the chain-of-command. His been able to get promoted and get a bigger role. That’s because of his services and the levels of trust right now.

Well, he should know that this doesn’t last forever. He should read them books and see why so many high ranking officials is gone and had mysterious “illness” or “fatalities” which have never been resolved. The Lt. Gen should be reminded of that. Especially, when he hasn’t answered for the deaths in Kasese. The unidentified corpses that was buried in mass graves. These ghosts will haunt him until his death bed.

That’s why he should know how easily he could ensure their demise. Someone else could order his as well. Especially, if he turns left instead of right. At one point… he might do something wrong and the tables will turn.

Lt. Gen. Elwelu should be careful. He might thinks his the rising star, but that light can easily be dimmed and even be silenced, if the powers to be wants it so. He should be reminded of that and his lucky that he never been touched, because of what happened in Kasese.

At one point these souls will not only be his nightmare, but be reason for his fall. Peace.