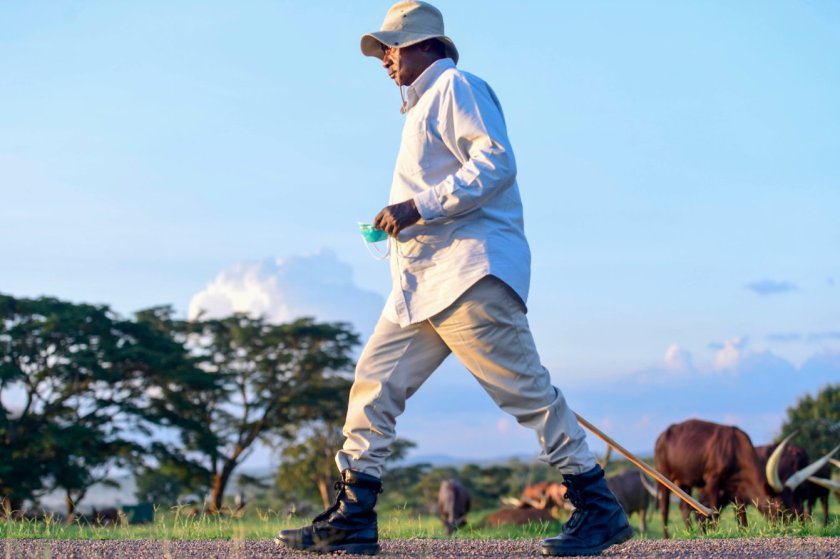 The President since January 26th 1986 should resign and retire. The old man with the hat and advanced age should be humble and hang up his boots. Thought we know deep down in our hearts that this man will only retire when he catches his last breath. This sort of man doesn’t retire or let go. No, his a man who will prolong his stay and overstay in office.

President Yoweri Tibuhurwa Kaguta Museveni will not retire. Though it would be a friendly surprise to see him constantly be grazing his cows at various of farms or ranches he owns. Where he could drive between them in his SUV and not be continuing his overdue time in office. However, this man who came in with the gun, will die by the gun or if not… by age.

Yoweri will not go out easy. That is why his still there and has outlived most of his enemies. The old man has overcome big hurdles and even gotten away from several of wars. This man has gotten rid of people who could have succeeded him. However, that will not be told stories about now. He has also been implicated in changes of powers in the neighbouring countries as well. That has been done to further his role and also wanting to become a “kingmaker”. Where everyone has to be loyal to him.

President Museveni wants a favourable legacy and known as farmer. Though his CV is filled with bloodshed, conflicts and use of war. This man is a General and a Warlord. Museveni will not be known for peace or negotiations. He will only be able to settle the score across the borders, but never within. In his own neighbourhoods or districts he will get rid of the enemies or silence them with compromising agreements. Where he get the upper-hand and sold out their causes to buy “peace” with him. Museveni doesn’t accept to loose, but he will win by all tricks possible.

That is why the pictures of his grazing the cows is fine and dandy. Nevertheless, the farmer should stay on the farm. He should maybe avoid the State House or politics in general. As it seems his now fitting here more and is more relaxed. Instead of stressing with politics and politicking. He could just chill and be out of sight, and out of mind. That would be healthy for the Republic.

After his been for years now the Personification of the State. The President should try to figure out a way to retire or going into another chapter of life. Surely, the President fears to do so. Since, he has created so many enemies. The old man has used power with ruthless force and the general public isn’t really loving the old man.

The President should consider this, but we know that won’t happened. The old man has promised several times of retiring. Promised to not to change the Constitution or laws to fit his prolonged rule. Nevertheless, betray all of those and hope people forgets.

President Museveni should just stay on the farm and leave the general public a rest. We know that will not happen. The President will only bury all of his enemies and use the state for his own benefits for yet another term. We can expect him to continue this scheme until death. That is just who he is and what his reign is all about.

There is nothing else to speculate on and the pictures on his farms is just to make him more a “commoner”. Though his richer than God and has more money than anyone else in the Republic. Museveni and his family owns the vital businesses and keys to Republic. That is the general rule and how things are going. As Museveni micro-manage everything and has to have his verdict before things get resolved.

The “high above” will stay the “high above”. Nothing will change there and he will not change too. That is a cause you can give up. Even if it would be progress and would be huge achievement to have a peaceful transition without guns involved and have a former president grazing some cows. Peace.