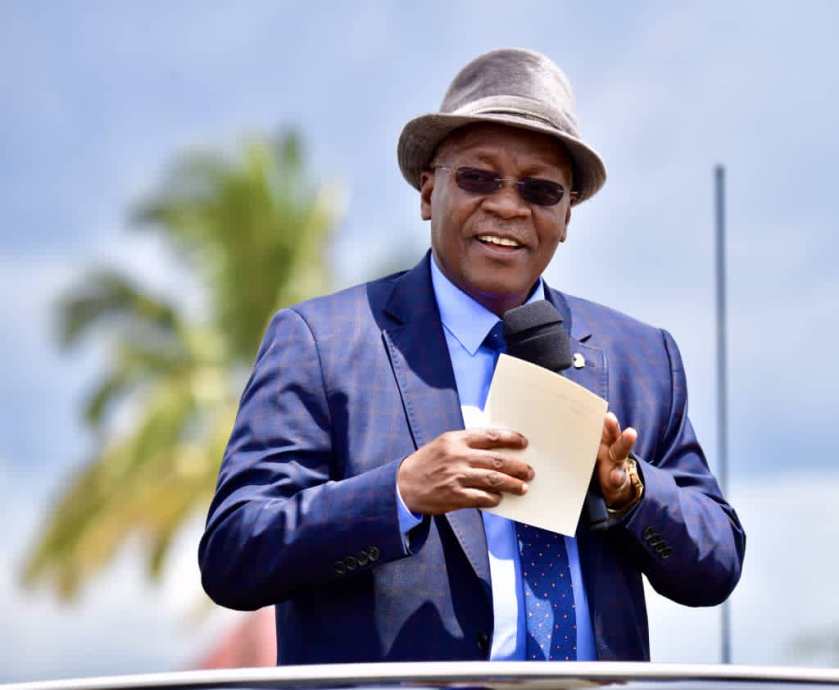 On the 11th March the rumours around the whereabouts and the condition of Tanzanian President Joseph Magufuli had gone spiralling out of whack. There been even more striking rumours since then. Some has even stated that his in coma, cardiac arrest or succumbed to the COVID-19 disease and actually died. Therefore the lack of evidence and proof of his location puts it into more questioning.

There has already been rumours of his stay at the Nairobi Hospital in Kenya. Where he a day later was supposed to leave for India in a ventilator in a helicopter ambulance. While another rumour was that he was flying from Nairobi to Dubai and to final destination of Germany. However, nothing of that has been verified or proven. Not even his supposed stay and treatment in Kenya.

What we do know is that nobody has seen him since the end of February on the 27th February 2021. That is now weeks and its not getting better. The authorities are warning the general public of spreading “malicious” or “fake news” about President Magufuli’s current condition.

This all started with the supposed medical treatment for a possible “breathing problem”. We don’t even know about that, but that could be code for “COVID-19” as that is “extinct” in Tanzania. That is if the words of Magufuli have any value. Then the whole pandemic never hit the Republic and nobody got touched or spread of the virus there. Nevertheless, if the visitors or truck-drivers are spreading it across the borders in the East African Community (EAC).

So we are now 4 more days after the spiralling rumours… still no official verdict. His supposed to sit by a desk and do clerical work. Looking into cases and governmental questions behind closed doors. Nevertheless, the state isn’t delivering any news or proof of that either. They are only arresting people and warning people of speculating about the health condition of their President.

Well, we can only speculate as his incommunicado. The man who usually outspoken. Speaking in churches and on stages. The bulldozer is gone missing. His face should be on a milk-cartoon. Seriously, a man of his character shouldn’t be gone away from the public eye this long. Especially, when the man is the Head of State and its a constitutional question if his in jeopardy. Therefore, the need for proper resolution is dire.

Where is President Magufuli? Is he in Chato, Geita Region? Is he in Nairobi or anywhere else in the world?

The authorities shouldn’t arrest people for questioning or spreading possible rumours about their President. That just shows their lack of information and the lack of work done by the ones in-charge of government communications. The state could have just shown a video or a tape of the President. If not a recent picture and a written statement by the President. Alas, they are struggling to that. So, the minds starts wondering.

President Magufuli where are you and what are you doing? Tanzania Intelligence Security Service (TISS) either has taken detractors on rouse or the state playing a fiddle with everyone. If not they are in a power-struggle trying to figure out a successor. Whatever it is…

It is worrying how little that leaks or is proven. That a man can be gone this long in power. A man who has been so dismissing of the disease.

The truth will eventually come out. Now the rumours are running wild. However, at one point the state and the President have to show up. In one way or another. We just don’t have any idea of how. Peace.