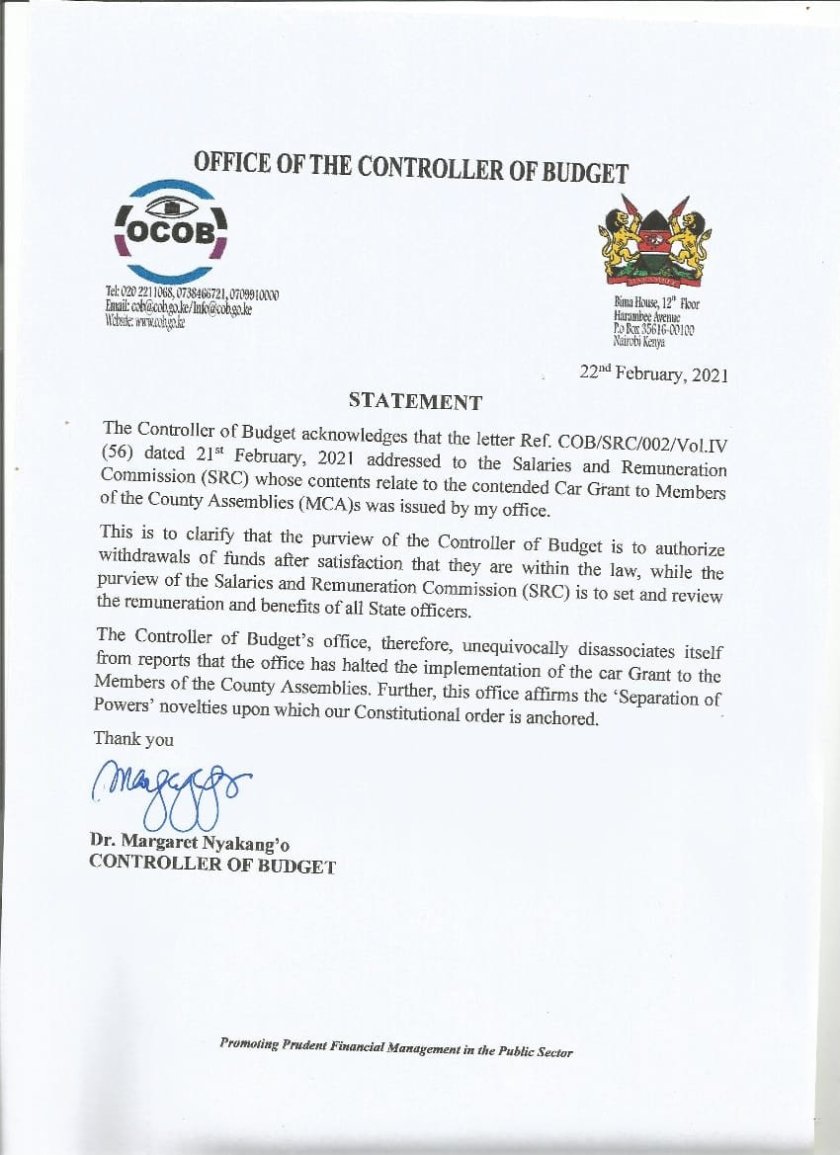 Today, the various of counties is voting on the Building Bridges Initiative (BBI) Report and ensuring the verdict for a possible referendum. That happens after the Members of County Assemblies (MCA) are promised a two million shillings car-grant at their disposal. That is promised to further their resolve and ability to serve their representative function, but we know the drill of this. This is a pay-off and a literal kick-back to get them to vote in favour of the BBI.

It is a sweetener and incentive to get a car-grant. People would not deny that. To get free money or a free car plus allowances and possible higher wages. Is all a sweet deal. That without doing anything for it. Then showing up at the County Assembly and vote for a bill in favour of the government.

BBI is for the dynasties and the elites. The BBI isn’t to better the Republic. The ones who believes that is foolish, as the changes of the Constitution is to give more power to the Executive Branch and ensure some more perks for the closest associates. That is the reality of it all.

Raila Odinga and Uhuru Kenyatta can act differently. They can say it is for the betterment, but that is still not the case. This is just a scheme and a safety-net for them. Also, to achieve the due process they want. It is their bargain and not something the public asked for.

The BBI is the bastard-child of these two. It is the one that will be synonymous with both. The handshake and the arrangement thereafter. This is the deal and what they had to offer. It shows their concern and what they are willing to do.

None of them can say anything else. This is the sort of play they push. They are responsible and it is their endgame. These folks can act a fool, but we shouldn’t get caught by the hype. The reality is the bleak aftermath of the BBI. That the one in power will absorb much more and have a bigger advantage. This is something they will not state, but the proof is in the pudding.

The BBI isn’t a deal for the masses. No, it is for the next President and his Court. It s for the next government and next person to rule supreme. The one who get the throne after Kenyatta. Will eat good and enjoy the spoils the BBI created. It will give more leeway.

Not that its nearly impossible. Since, Kenyatta with the BBI and handshake muffled, silenced and bought his opposition. They cannot go after him and must support him, as they are contained by the BBI. It has been a blessing, as Odinga have been the ‘cleaner’ and the defender of the state. While supposed to be an ‘opposition’ leader. It has been a golden era that way for him. Nobody will get the same satisfaction in the future. However, Kenyatta and his Jubilee fixed it.

Now that its steamrolling in the Counties. The next is the referendum itself. Which will be different, but the IEBC is ready to deliver. Just like it has done with other elections. Don’t be shocked if chickens, goats and kittens votes for the BBI. There always be a friendly ghost in Caspar to seal the deal. The general public don’t even have to support it. They still have the algorithms from the Fresh Presidential Elections to use in their advantage.

So, well… Super Tuesday is a positive day for ODM and Jubilee. Let see how this plays out but expect it to be in favour of the regime. That is how things are going. Nothing else stopping them and that is the truth. Peace.