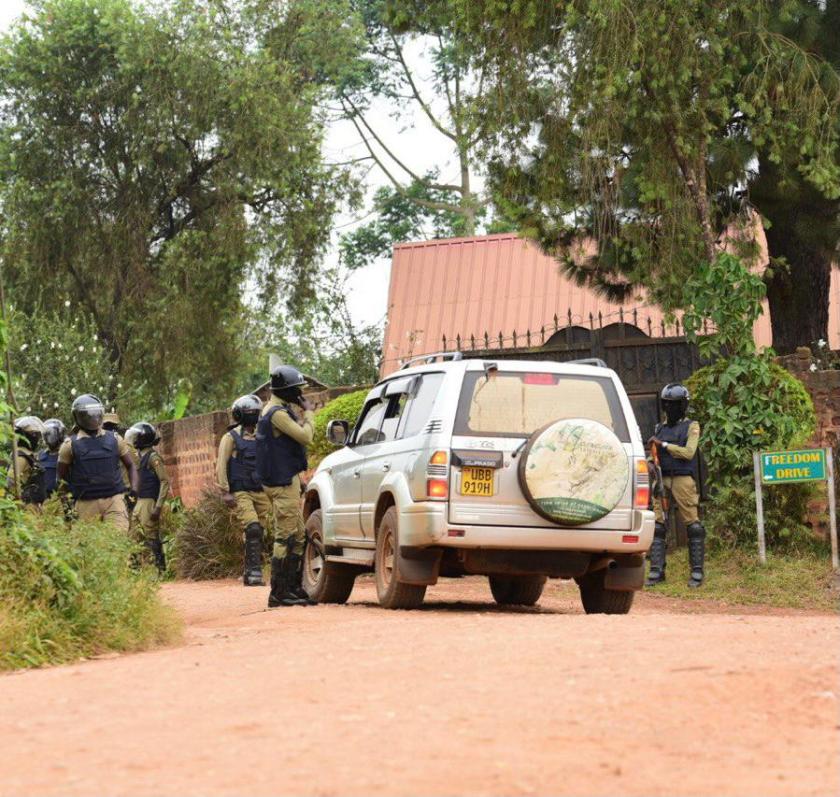 “High court in Kampala has ordered police and UPDF to vacate Bobi Wine’s home in Magere Wakiso. Police spokesperson Fred Enanga says they are waiting for copy of this court order” (91.2 Crooze FM, 25.01.2021).

Since the 14th January 2021 the presence of Police Force and soldiers been stationed at and around the home of Robert Kyagulanyi aka Bobi Wine. Some reporters did state that the military presence of Magere in Wakiso district dated back three weeks of the polls. So, the state had planned and did issue more security details in the area. All in order to surveillance and monitor the National Unity Platform (NUP) Presidential Candidate.

“We shall withdraw the deployment from Hon. Robert Kyagulanyi’s home as per the High Court ruling issued this morning. However, we shall maintain surveillance on his movements – Fred Enanga (Police Spokesperson)” (91.8 Boona FM, 25.01.2021).

This here proves that Bobi Wine isn’t free yet. They might take away the soldiers on the compound and around his gate. However, the checkpoints from Kampala to Magere in Wakiso district. There has been put up several of checkpoints on the way to his home. These will be there. It will also be several of areas in the nearby his home.

Bobi Wine isn’t yet totally free. Not until the Police Force is stopping the surveillance and monitoring his movements. Because that is done without court orders and charges. They are still treating him as a “enemy of the state”.

The “No. 1 Terrorist” and danger to society is Bobi Wine at this given moment. Especially, when the citizen is followed and usage of surveillance to know everything he does. That is only done to a person like that. If he wasn’t a big-man and someone in the spotlight. Bobi Wine would already dwell in a safe-house somewhere. That is what the state does to minor candidates, activists and civilians in military confinement.

This is why today isn’t the end. The “house-arrest” and illegal arrest of Bobi Wine will continue in one way or another. The state will not stop this. The same state held Besigye under House Arrest for over 40 days. This is Day 11 … so expect more. There is more to come. Peace.