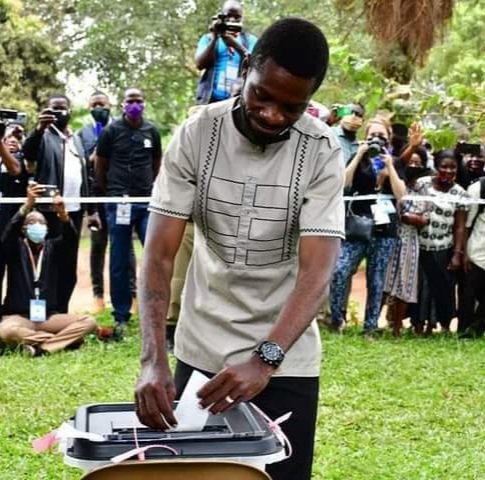 Today, there been more reports of either slow opening of polling stations across the Republic. The Biometric Machines haven’t worked properly and slowed the voting. Polling stations has lacked ink to dip the fingers to prove the people has actually voted. There is little signs of trust. As there is reports of pre-ticked ballots and filled ballot boxes. That is from various of districts.

There are even districts where polling material haven’t arrived to the polling stations, hours after they were opened. In the same districts there reports of stolen equipment and this further questions the usage and the trust in the process. As they have it, but not giving it to the public to honour their will. No, they have stolen it to tick the ballots in favour of the regime.

It is bad enough that the Internet is off. That Social Media is blocked and only one entity is having open gateways. There are reports that Uganda Telecom is up. The Mango is working, because the EC and authorities needs it. However, MTN and Airtel is off.

There are even reports that polling officials have signed off Declaration Forms ahead of the polls for their Polling Station where they are stating that NRM candidates are winning it. That is happening while people are still waiting in line for their turn to actually vote.

This election is the worst and nothing proves to be trusted. Even with not to much deployment of soldiers and police officers at the polling stations at the moment. Expect more to come. As leaders will be house arrested and be in legal jeopardy soon.

This election is a fraud, a charade and as fake as it can be. There is no level of trust or reports of the state and EC even trying to convene fair elections. It is just a heartache and there will be justice here. Only a one man game and his cadres doing their tricks to get ahead.

We don’t even need to wait for the awaited results about 48 hours after the polling stations closes. Some started late and they should also be allowed to be open until the last voter has gone home. However, don’t expect that too happens. In many districts it started late not because of lack equipment, but because of the rain.

We just have to wait and see, but I’m awaiting worse than Kiggundu Math and other tricks to ensure the Mr. 1986 another term, his eight one actually. They will also secure the mandate and total control of the Parliament too. There will be a game to secure the NRM all power, yet again. That was to be anticipated. Peace.