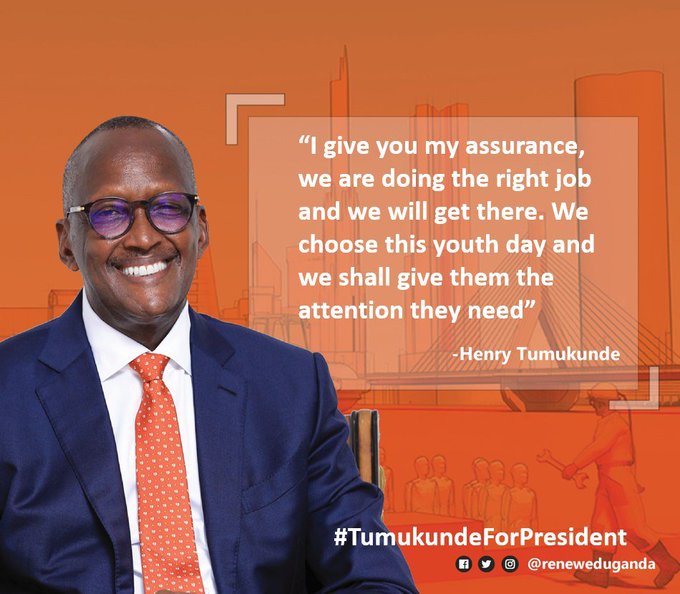 “Being a president is a challenging task which calls for advanced experience which the NUP leader does not have” – Lt. Gen. Henry Tumukunde in Bubulo East, Namisindwa district on the 15th December 2020.

From a man that has failed in several position in government. The high and mighty, the man who thinks his ego and his entitlement is sky-rocketing. It is like these NRA historicals and NRM stalwarts thinks only the ones going in the school of Museveni have the edge or ability to take over. Because they have sit around the round-table or taken out the sword of the stone. So, these folks have followed the personal cult of Mr. 1986.

It is like these NRA and NRM big-men thinks they have the secret codes to the treasure chest and can only open it up. Not like anyone else can ever succeed the President. Tumukunde is mocking Bobi wine, as he thinks you need a certain skill and entail on thing. Heck, if this is like that. Why haven’t anyone in the ranks of NRM succeeded Museveni?

Well, he doesn’t think anyone of you are good enough or popular enough. It is a reason why Bobi Wine is mentioned. They use his profession … and his past. Not like the same folks saying this hasn’t skeleton in the closet and proven failures. Like Tumukunde himself. It is a reason why he gotten sacked and axed by the President. However, he still dismiss someone else.

It is like these guys needs a special training. It is not supposed to be institutions, laws and a constitution that the President have to uphold. That he will have advisors and have people around making him better. Not like he will rule supreme alone. That is if he cares about governance and service delivery. As it shouldn’t be a one man circus, but a government governing. This is if the incoming President.

However, that is not something Tumukunde thinks off or considers himself. Because, everyone is on an island running the state. A President is supposed to be the “Fountain of Honour” and “His Excellency” without any safeguards or oversight over. This is what the NRM is used too and that is why the President at this point is untouchable.

Tumukunde is mocking the wrong man and showing ignorance. That is not new. That is why his bitching about the state crashing his rallies and blocking him from campaigning. The man who took a chopper and crashed Mbabazi at one point. This man is a token loyal NRM cadre. He will be that, because he hopes for a plum-job when this is over. That is why he says this. To prove to his master that his still one his guys.

Tumukunde is showing his loyalty. As he see no prospect of a Bobi Wine presidency. However, Tumukunde would have most likely said the same about anyone else. Initially stating that Museveni is the only man. Therefore, just showing his a pawn in the game of the Entebbe State House. Peace.