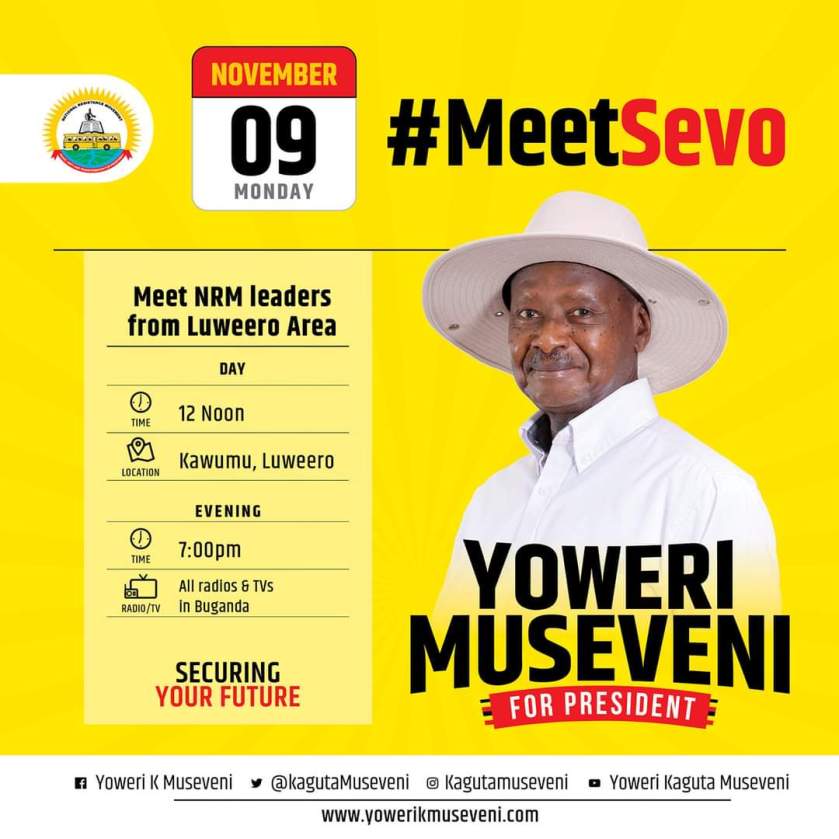 There will never be free and fair elections. Not as long as Museveni rules.

As long as President Yoweri Kaguta Museveni is in power. The authorities will have one law for the ruling regime and another for the opposition. That is why the Forum for Democratic Change (FDC) has one rule and National Resistance Movement (NRM) have another one. The same can be said about National Unity Platform who will have another rule, than what the NRM has. This is just the sad reality and will be like this as long as Museveni rules.

So, if you campaign against the President and his party. Expect no mercy and all things working against them. This is why the opposition will taste the tear-gas and get arrested. It is there where the police officers are using live-bullets and dispersing the crowds. While the NRM can drive through in similar fashion and only see law enforcement smiling as bystanders.

So, please don’t be shocked by this. What is happening in and around the main opposition candidates is all natural. This the election violence that the state is sponsoring on behalf of the President. They are making people and candidates into political prisoners. Because, they dare to challenge and be viable in comparison to the regime itself. If the state didn’t care about their candidacy. They would let them traverse and hold rallies, because the “high above” doesn’t fear them.

The polls will happen in 2021. The NUP and FDC is usual suspects here. This because of their ways of campaigning and challenging the state. Yes, Lt. Gen. Henry Tumukunde is feeling this too, but we all know that his campaign is futile. Robert Kyagulanyi aka Bobi Wine and Patrick Oboi Amuriat will face open oppression and hardships. These will be blocked from venues, radios and road-blocks. That will never happen to Museveni.

Museveni can campaign where-ever. The Presidency can travel across the nation and go into any media house. The NRM party is allowed to do anything. They can sing songs on the streets and use whatever means to campaign. While the opposition have to be careful about what they do.

What is happening now isn’t new. The actions made is following the Modus Operandi of the state. The ones who has seen campaigns and monitored them. Know that this is what happens and what the state does. They are targeting and intimidating the opposition. They are using all means and showing force. Because, the state is not willing to have a level playing-field.

So, when you see headlines and see POA and Bobi Wine into trouble these days. Know that it was bound to happen. These two are under fire. Because they dare to aim at the throne. There will be no other way out of this. This is just the way it is.

NRM got one rule,

the opposition got another one.

The NRM can do whatever they want,

but the opposition have to live by strict rules.

So, as we are going into 2021. This is the rules of the game. The game is rigged and we all should know it. Peace.