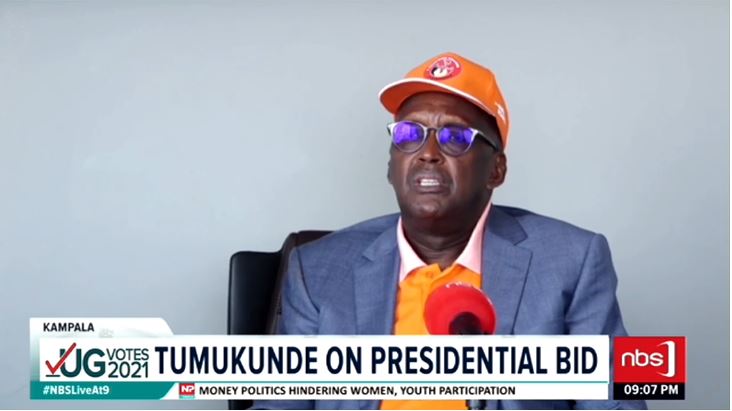 “I am the one causing sleepless nights in this general election not Bobi Wine. People know me. They know Tumukunde as far as I am concerned that is what matters” – Lt. Gen. Henry Tumukunde

Today, the Presidential Candidate Tumukunde, the former minister and former high ranking official in the National Resistance Movement (NRM). He thinks his a danger to the NRM, which is ridiculous.

Nobody in the NRM fears Tumukunde. Neither, does the NRM really cares about him. His a cadre and one of them. His the puppet playing for the circus. The class clown for the school theatre. Because, Tumukunde isn’t dangerous.

Good Ol’ Henry isn’t a man the NRM fears, neither Museveni. They know his tricks and what he knows. There is nothing he can do or say, which will hit a real nerve. Tumukunde will be like a sugar-free Amama Mbabazi.

If he was a danger to society, a real vagabond and a big-man in the waiting. The army and police officers would follow his every move. The intelligence would use all means to gather intel on him.

These folks will leave him alone. The NRM knows this is their guy. He left the fold, but after this election. The man hope he has sparked enough interest to be appointed somewhere and get a plum-job.

Tumukunde can act like his a big-shot … but he is really not. That is why his just playing games. Henry knows this and we knows this too. That Tumukunde tried to become a Presidential Candidate for a minor party and fail. Says a lot. They are not even thinking his viable.

His the small fry playing in the big league. Neither, has the ability nor the finesse to be a scary for the authorities in any way. Unless, he wants to leak internal documents and secrets from within. Alas, if he did that. He would not get a plum-job after the campaign, which is the whole point of this anyway.

Tumukunde is this seasons Go Forward. The man for a whole lot of empty promises and even more of flex, which will get to nowhere. As it was intended to do. Peace.