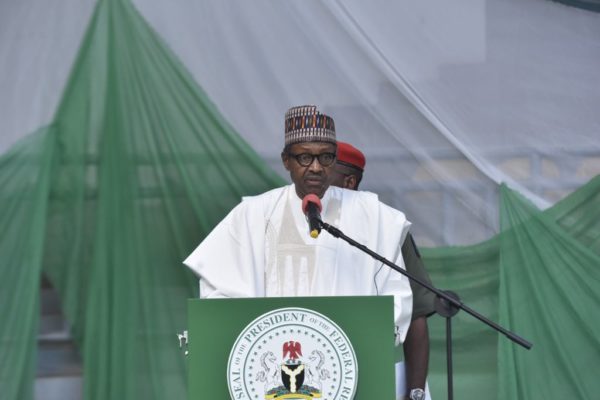 “Regrettably, it turned out that Major-General Muhammadu Buhari was too rigid and uncompromising in his attitudes to issues of national significance. Efforts to make him understand that a diverse polity like Nigeria required recognition and appreciation of differences in both cultural and individual perceptions, only served to aggravate these attitudes” – General Ibrahim Babangida on the 27th August 1985

It has been years since the first term of President Muhammadu Buhari with his Supreme Military Council and the Federal Executive Committee, which lasted between 13th September 1983 to 27th August 1985. This period clearly didn’t seal the fate of Buhari, as he was elected again to the Presidency on the 31st March 2015 and won a second term on the 27th February 2019.

Therefore, the warning signs should have been there, as there must have been valid reasons for the toppling of him and the lack of progress after his own coup in late 1983. The man rose to power was toppled, but was able to return to power 30 years later. Which is a rare occurrence and maybe the public had forgotten about his first term.

Buhari is clearly missing the edge. Only spoken once was about the Special Anti-Robbery Squad (SARS). His spokesperson saying it has to be dealt with due process and isn’t a overnight affair to dismantle the unit. Alas, the Federal Government is initially saying that the outcry isn’t that important and it has to be done with slow working protocol. Instead of initiating change and make people trust law enforcement.

The President Buhari have used the common term “of a few bad eggs” but when the system is built against the public and is tormenting them. Then it isn’t a few bad eggs, but a whole organization that needs reform and swiftly too.

When we knows this, maybe Gen. Babangida warning about Buhari 30 years comes back to haunt the Federal Republic of Nigeria. As they are living under his reign yet again. Maybe what Ibrahim saw is true of the character of Buhari. That his to rigid and uncompromising to make changes. Only his will and stern ideas gets play. While the others have to go through hoops to get things done.

This explains his reluctant way of now navigating through the public outcry and demonstrations. As there is more violence, arrests and police brutality served the public. Instead of actually listening to the pleas and the organizers behind the #EndSars. That would have been smart of him. Alas, that wasn’t in him.

I’m sure some would have preferred the “android” version of him or the legendary “Jubril of Sudan”. That would have at least given hope that someone else would have fixed Police Force and ended SARS.

President Buhari and the authorities should listen to the days of demonstrations. The voices of concern and exposing the police brutality. Which shouldn’t be a thing, but is persistent in the Republic. The President should see this and make actions to make it stop. As he represents the public and not himself.

Buhari has two ear and only one mouth. Clearly, he doesn’t use neither much. Only for publicity stunts and damage control. However, he doesn’t use to make a difference. That is apparently too much to ask. He rather preserve the bad eggs. Peace.