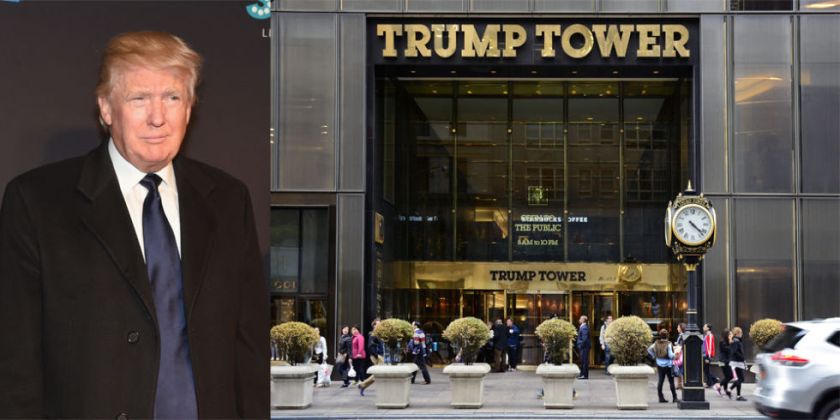 For someone living on image and on PR. What the New York Times piece did to President Donald J. Trump. They shattered the glass, they broke not only a story, but broke a fragile, piss poor businessman and shown his true character.

President Trump have lived on a lie. That his Trump Organization was a giant conglomerate. A corporation with many ties, a hectic financial structure and a supposed viable real-estate portfolio. Alas, that is clearly not the case.

His businesses like so many cases in the past is practically bankrupt. His living on a loans, rates for licencing deals and hallow points of extortions of the properties he does have. This isn’t a viable business and the model of profits is on idea that he can offer them something. That is why he has had favourable foreign dignitaries on his properties. It all makes sense now.

That Trump is morally bankrupted has been known. His a despicable racist-in-charge. It has been proven time and time again. Trump has proven that he doesn’t care about others or only does it when it has favours him. Also, if they possibly have liabilities or leverage over him. Then he might bend rules or regulations to ensure he gets the cut he needs. So, these things can possibly go away.

If the Saudis have paid him money. I am sure he will do their dance. Surely, through several of shady loan to the Trump Organization. The Organization possibly own “Moscow money” and that’s why he sings show-tunes to them. The Ohio Gang and President Harding created a lot of scandals because of their financial ties back-then. If they could that, what would the finances and fiscal character of this President do?

I believe he would do whatever it takes to get from red to black. The President would ditch international agreements, destroy ties with other countries and change the balances of power within a war. Just to ensure his estates and his accounts are saved. He doesn’t want to sell the Trump Tower. The President doesn’t want to loose his golf-courses or several of hotels. That will hurt his pride and his business acumen, which is clearly not stellar. This we know, because of all of his bankrupties in the past.

President Trump hasn’t only tricked the taxes and possibly broken various of statutes, which is the reason for the audits of his taxes. The reason why the Attorney General of the Southern District of New York (SDNY) have filed cases and is investigating the President and his Organizations.

This all make sense. The man can be bought, because he has nothing. The man wanted to be branded as a rich billionaire! While he was broke and carrying water over his head. This is why he cannot loose the office. Because, he needs the office and the powers of it. That gives him leverage and the abilities to please both his creditors and get foreign dignitaries to bankroll his businesses. This is misuse of his office, but that is the only way he can fix his failing corporations. That is really not ‘The Apprentice’ style, but more the broke broker who is high on his own supply. Looking for the next deal to fix the former failing deal.

Who knew Harding could be run circles around by someone like Trump? Trump is misusing the office to save his ass. The President apparently needs the office to save his business. He is neither rich nor smart. The man can easily become someone’s donkey, because they are giving him the carrot and the stick. The whole motivation for his actions can be to save his “empire”, which is burdened by loans and lack of revenue. That is also the reason for why the IRS Tax Forms never was released into the public in the first place. Where the supposed “billionaire” didn’t pay much or little, to no taxes for years.

Some would call what the President has done using Foreign Policy to cover his businesses, loans and lack of taxes as a racket. I could see that too and wouldn’t be shocked if he did. Because, the man doesn’t have scruples, but wants to save his failing enterprises. While he can use the Office and the Government to salvage the hurt. That is maybe why he has stayed so many days at his estates as the President. To cover more expenses and ensure profits to the bankrupt Trump Organization.

He owns $421 million in loans and $100 million in penalties to the IRS, which means there is enough motives to do what he does in office. He needs salvage and what else can he do than trade Foreign Policy for Financial Favours. That is very simple to equate and makes sense.

President Trump is broke and needs a windfall, but first he needs to answer to the SDNY and other pending cases. Which been looking into him… for various of reasons. This “empire” will fall and his businesses will crumble, unless he has some oligarchs bailing him out. Peace.