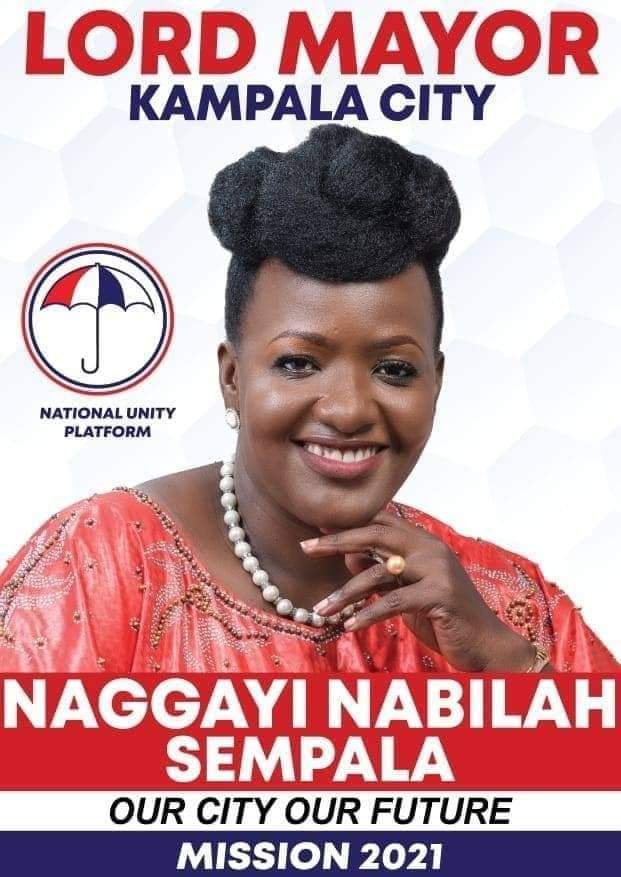 “In politics, stupidity is not a handicap.”– Napoleon Bonaparte

I find the stages of the second round of aspirants for the Lord Mayoral position Kampala to be obnoxious already. This is the second party to make a fool out of itself by the first round about it. Dodging several of candidates and having the main candidate Latif Ssebagala dropping out of the race to favour Forum for Democratic Change (FDC) Erias Lukwago.

Nabilah Naggayi Sempala shouldn’t get this National Unity Platform ticket. She has already gone for it in the Forum for Democratic Change (FDC). Already, dropped out her incumbent-seat of Kampala Woman MP. Where she would meet head-on with Dr. Stella Nyanzi. A race she knew would be tougher than ever before. Therefore, dropping out before even trying.

In that regard, she has been fishing for relevance after losing both the option of becoming the Lord Mayoral Aspirant in the FDC and losing the Kampala Woman MP candidacy too. This while she has been throwing shade against her party since 2018.

In the previous election cycle she was also fishing a secure ticket and party. She was running around with Go-Forward one day and the day after running back to the FDC. That happen in 2015. Not a to far distance time, but enough that people have forgotten that.

So, Nabilah is clearly shopping a seat. She is fixated in being in this race. Even, if by most margins and levels of trust. The way she has used her platform and her political games. We can see, that she is savvy, but only for personal gains. She is not there for service delivery or pushing any agenda.

That is why she can cry havoc and bring all the tears. As she was out manoeuvred in the FDC earlier in the year. However, now in the second round of nominations for Lord Mayoral Aspirants. She suddenly shows up…

We know she has been vying for this for months. Alas, it is because her own seat was suddenly contested and she wouldn’t even try to face Dr. Nyanzi. Nevertheless, the same person thinks she’s capable of bringing down incumbent Lukwago. Which is foolish to begin with.

Nabilah’s case within the NUP is as strong as Jose Chamelone was. They are both in it for the same. These people are not in it for the struggle nor the betterment of the Republic. They are there for their livelihood and their own pockets. Chameleone was shopping the best ticket for success. The same is Nabilah now.

That is why Nabilah was waving between Go Forward and FDC in 2015. She wouldn’t be like this, unless she tried to fish in every pond. Hoping people wouldn’t catch onto her game. Alas, we do and the game is getting old.

The reasons for failing to be viable for Chameleone should be nearly the same reasons Naggayi Sempala wouldn’t be up to par. She isn’t it and isn’t even the second best. Neither is she the third best. It would be better to follow Latif example and back Lukwago. Than, send a false prophet. A meal-ticket politician and an empty shell of an politician.

She isn’t in this for the NUP. The NUP is only a platform and a ticket to give her hope. It isn’t done for Kampala. Neither is it done to help the opposition. She just needs a home and fast. Suddenly, ditched the FDC and became NUP overnight.

Nabilah is cutting it, unless the NUP is fine with a sell-out. However, then they could have just settled with Chameleone in the first place. Peace.