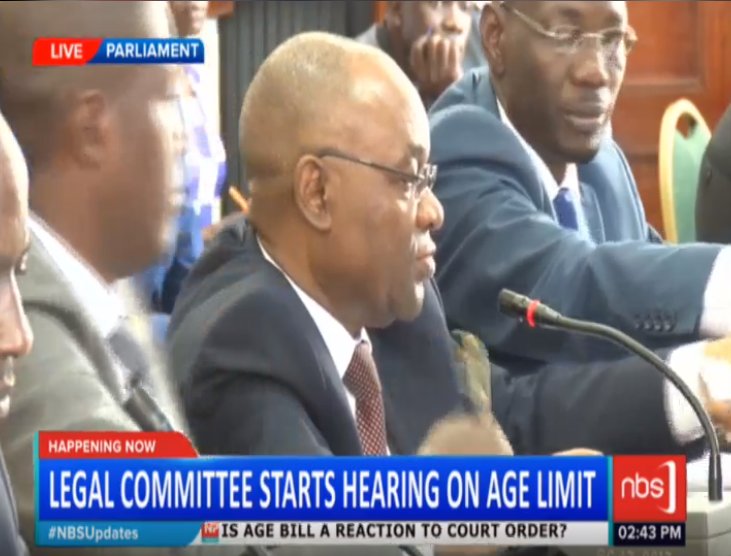 “To a lackey no man can be great, for a lackey has his own conception of greatness.” – Leo Tolstoy

I cannot feel sorry for a man who is willingly and defending a private motion to change a constitution to create a President for life. In that regard, Raphael Magyezi have been in parliament for Igara West County since 2011. So, when this second term ends in 2021 he got ten years as a lawmaker and representative for National Resistance Movement (NRM).

Magyezi is a lackey, a proud one too. Who cannot understand why people hate him. He has made his bed and now he got to sleep in it. When you launch motions like the abolishment of Age Limit and preaches to the choir that the President needs more time. You are selling your soul for that cause.

Magyezi isn’t a victim, but a man feeling the consequences of his actions. That he did this and stood high is now costing. The MP for two terms has become synonymous with life presidency. That he wrote the motion and got it voted in.

The man can ask for sympathy and well wishes, but his a lackey. A loyal lackey who have delivered everything the President and his associates wants. If it was life presidency: check. If the president wants more gerrymandering: check.

The man always delivers to the needs of the Movement and the President.

Magyezi is tainted by his own actions. His bleeding yellow and cannot run away from it. Agent Yellow will flee the parliament and not run for a third term. The locals have thrown stones at him after the abolishment of age limit and he knows this was a unpopular move. However, he did it for selfish reasons to gain momentum with the President.

He has pulled out of the race for 2021. However, don’t be shocked if he get appointed to the cabinet or even a state agency. This man is done with politics. Just a man who knows his yellow heart isn’t appreciated.

Raphael did something great for one man, but he did not serve the whole republic. The MP did that for selfish reasons and it has backfired. The State House loves the man and NRM CEC vouches for him. However, in the streets he cannot walk in peace.

Magyezi MP has done this all to himself. This is self-inflicted and that why its hard to find mercy for the man. It is different if he had stumbled or fallen by mere unluck. However, the man did it all on its own and stood up like a champion for it.

In the end his just a lackey. Magyezi and the abolishment of article 102(b) is who he are. He stood on the pedestal and preached sermons for this matter. That is why he has to find solace on his own.

Magyezi MP is wounded, but he will not go away. He will be appointed or get a hack-job elsewhere. As the throne appreciate the loyalty and will offer some tokens for favours done in past. Peace.