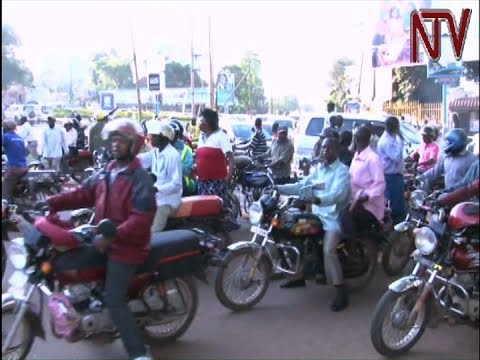 On 25th July 2020, State Minister of Kampala Betty Amongi launched the Boda Boda Free Zone in Central Business District of Kampala, which was legislation and decision made by the Cabinet. Which was to be implemented within reach of 2 days on the 27th July 2020. We are now on the 29th July 2020 and Minister of Works and Transport Gen. Katumba Wamala announced that the Free Zone will be implemented instead on the 1st November 2020.

What we are seeing is a reappearing act of the government. They implement new legislation and new policies, but have not thought through the implications of it and how to actually do it. This happen a few years ago with SIM-CARD registration. When that happen it was postponements and changes over a long time, before it evidently was able to do it. Also, getting all the ducks in a row and secure the process, which was not possible when announced.

The same might be felt now. That Kampala Capital City Authority, the Ministry of Kampala and Ministry of Works and Transport wasn’t prepared for the ramifications. That it would cause issues in the CBD. That the drivers are stopped and not allowed entering. That there was no clear guidelines for the certified package delivery boda boda companies. These should be able to pass, also if it is not a passenger service, but a personal motorcycle, should they be able to pass into the free zone?

The gazetted areas of boda boda stages. We can wonder, if the owners, stakeholders, drivers and the public really knows about these places too. Or if they are put on random and suddenly need to move around differently all across the city. Just like the Free Zone, the Boda Boda and all associates should have time to move and know the new regulation. Not just over night change, because the cabinet said so.

If you wonder why Lord Mayor Erias Lukwago struggles to reign in the capital. He has the Cabinet ordering and micro-managing without his input or no knowledge of connection to his team. The elected representatives should feel baffled, that suddenly the City changes without votes or outreach. Later, they will throw blame at his administration, even if all decisions was made from the Cabinet and Ministries, while not even consulting the elected leadership. Except they maybe do something with KCCA as they were involved in the launch on Saturday.

We are now on Wednesday and the implementation has been postponed. Maybe now the causes and effects can be scoped in. The costs and the ability for both commuters, boda boda’s and Taxis can be put into play. Also, the possible stages and need U-Turns for the boda boda’s needs to be considered. Especially close to the zone. If not they will cause more traffic chaos, as commuters have to switch to either walk, taxis or bicycles. This has to be considered, as in rush-hours the boda boda’s are a gift to dip through traffic. In the CBD it will not be possible from November. That is why the state has to secure a safe passage and safety for everyone involved.

When you push out policies to quick without considerations or checking effects. Than you get work like this. They are pursuing changes, which will change the traffic flow and where people can cross the city. However, that is done quickly and now the state backtracks. Maybe, they should have a sit-down with stakeholders, ensure the passage and policy actually working. Instead, it has backfired and that is why MoWT had to postpone the Free Zone.

It proves again, that the minds in-charge are sometimes reckless. Not thinking about consequences and just pushing through. Alas, that is not how life is and therefore, they have to retract and secure afterwards instead. Peace.