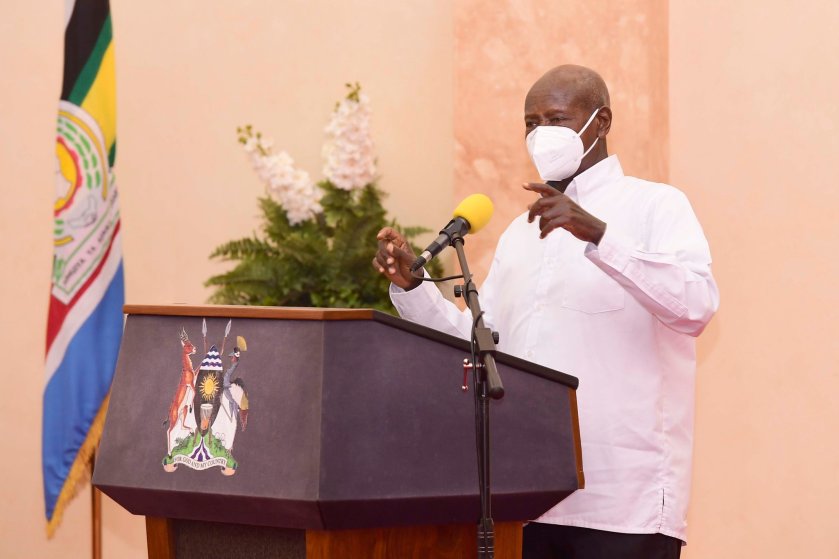 These things appear to be happening quick. Todays launch of his candidacy as President and Chairman of the National Resistance Movement (NRM). It is just all protocol and more of the same. It is neither funny nor insightful. Just another day in the Republic.

That Yoweri Kaguta Museveni is a Presidential Candidate was written in stone. It was in the hieroglyphics and in the ancient scrolls long before we were born. This is a way of life and how it treats us.

The removal of both term limits and age limits has all been in favour of one man. The man who proudly put these mechanisms in the new Constitution but deleted it when it didn’t fit him anymore. He didn’t change the law for the betterment of the Republic, but for his own selfish gain.

We can act like today is special, that the announcement is shocking. Breaking news. Read all about it. Well, we knew this was happening. Only the blindfolded, the ones with naïve thought someone else would pass the throne. That would be a miracle and a sensation. This would have sparked amusing tones and wonders. Because, it would not concur with the legends of ancient times.

This has been the case since the takeover of Kampala, 26th January 1986. Since then it has been all Museveni. He has ruled supreme. Been the Don and the Kingpin. The man in-charge and the only man with a vision. The one who is only fit to rule, and the rest must beg for mercy. That is what it is.

That’s why today isn’t special. His been selling the same story since that day. The day of fundamental change, the correct line and all of that. It has been his mustard seed of hope, which has turned into despair. We can act like everything is cool, but the man who will drop a manifesto for his 8th Term. Will most likely promise similar things of the past. The same sort of promises and possibly new lingo, but still the same tools from the shed.

It is a revised 10-point programme. The same sort of pledges and promises of a dream never succeeded. Because, he never intended to put the work in or deliver any of those. Just by mere luck that donors paid the duties and costs for a while. To keep the charade going.

Now, we are in 2020. In a time where his preparing for 2021. Alas his legacy is distorted, as people are arrested for poems, Facebook posts and jokes. There is no bottom, only an endless pit of suffering for the ones who oppose this man. Sooner or later the law catches up with you and give you a phony charge. A charge that you will keep and will haunt you.

So, will you believe in the man that has given out promises all his career and all his life? Only to determine or not even prioritize them. A man who has decided his own reign counters all other obligations of the state. Everyone must be jolly that he rules, and that his words are divine.

Today, was all ready prepared. Everything was aligned with it, the stars, the moons and the nsenene. Everyone was ready for this. It was inevitable. This wasn’t a journey; it was a road already taken. We have been here before and we just repeating the same thing over, and over again. Peace.