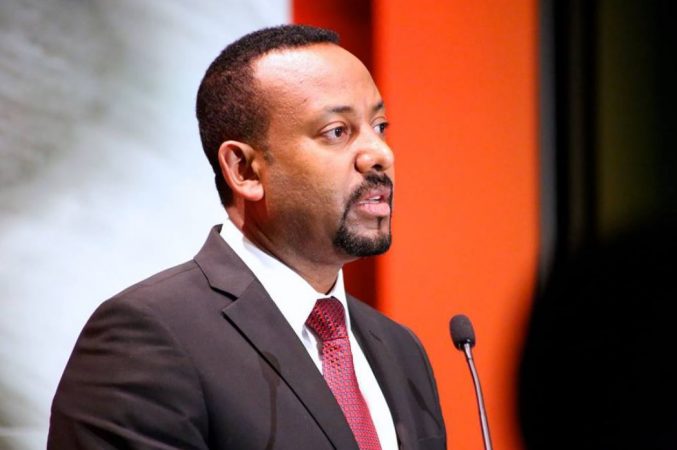 “I don’t believe the Oromo people need an armed political struggle, as someone who spent all his life for Oromo. The people of Oromo are free, what we need now is development. There is no shame in being Oromo in Ethiopia, what we need is prosperity” – Prime Minister Abiy Ahmed Ali in Parliament (07.07.2020).

Within the last 24 hours alone, there is reports of 10 more dead in Haramaya (Alem Maya). The authorities killed them and buried them in the night without the families of the deceased present. This is the sort news and stories, the Prime Minister and his allies doesn’t want out.

The verified numbers of killed protester across the Federal Republic is still at 160. While unverified numbers is at 320. It is hard to know the truth, as the internet is blocked. Phone lines is jammed. Command Post in Addis Ababa and Oromia.

While the media houses friendly to the Prime Minister is spreading his message and their propaganda at this point. The PM isn’t caring about the deceased at this point. He just want to be king and want people to listen to his orders. The peasants are just peasants anyway, why listening to them?

That is how it seems, as the assassination of Haacaaluu Hundeessaa on the 29th June 2020. The protests has continued. The deaths have spiralled, while the government working to defend itself. The state sponsored violence is going to another level. Innocent civilians are dying in the hands of soldiers and police officers across Oromia and in Addis Ababa.

It is just like Prime Minister enjoys the pains and suffering of his citizens. He says in the midst of the bloodshed, that they have freedom? What sort of freedom is it do die a blunt death at the hand of law enforcement? What sort of death is it knowing the last thing you did, you battled injustice and more of your brothers dies of the same. Endless blood on the streets, because you as a Prime Minister calls this freedom.

You call it freedom, while leaders of the Oromo gets arrested. There are so many leaders within the Oromo Liberation Front and Oromo Federal Congress detained. Radios are closed, Media Houses closed and the Prime Minister speaks of freedom.

The Prime Minister speaks of freedom, while his propaganda peddlers are spewing out allegations of direct violence of Oromo against their own. While using the former oppressors as scapegoats in the Tigray People’s Liberation Front (TPLF). Claiming they are also peddling dangerous content in sowing diversion between Muslim and Christian Oromo.

This while they want Amhara, Tigrai and Oromo all to fight each other. So, they will all look away from the Command Post, Army who attacks the citizens and people are dying.

For me its insane to write this. There is even some speculation that the PM did all of this to please, the ones who defies him all the way. The Tigray Nafxanya (TN) to beat the Oromo, arrest the leadership, kill their voice and spew hatred between the Oromo and Amhara. Which is just bonkers considering the TPLF is working alone in their region and not following the PM. The PM is just hurt they are not his allies and working with him.

The internet is down, so a lot of information is not coming out. Hopefully, more of that will return when the authorities are opening the airways, the internet and telephone-lines.

Abiy is sowing hope. Abiy is not sowing prosperity. He is enraging the public. Instead of healing wounds. Trying to listen to grievances. His trying to provoke and anger parts of the public. For a man of supposed “peace”. This is just the wrong way of handling it. Unless, he wants to be king, the emperor, who rules by decree, but not popularity. A man who rules by the gun, but not by consensus. That is the sort of man he is now. Peace.