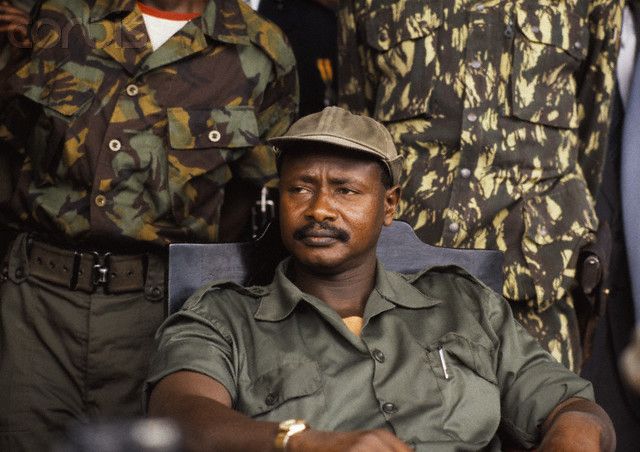 “Uganda’s economy had collapsed completely during Amin’s time. There is no economy in the world that collapsed completely like Uganda. To revive this economy, our priorities were different from other neighboring countries. As a country, we budget to build a durable base and a viable political unit that will defend us. It’s like building the armed forces, if you don’t have an army, you don’t have education, security, health, etc” – Yoweri Kaguta Museveni to US and Belgium Ambassadors at the Entebbe State House on the 25th June 2020

Sometimes I wonder, how come these folks are still in power and leading nations? Yes, we should never become so ignorant or forget our history. That is not my point here. History is important so we can learn and not do the same mistakes as our forefathers. Also get enlighten to create a better tomorrow.

However with that in mind, the statement released from yesterday’s meeting with US and Belgium Ambassador from the President is worrying. Since he needs to go back 40 years in time. He needs to go back to the time before the second stint of President Milton Obote. That’s how far he goes to give himself credit.

The President wouldn’t have gotten all the goodwill and the revival of the economy if it wasn’t for donors, grants and direct aid for years. The President was a donor darling in the 1990s and was blessed from everywhere. He even started some positive initiatives, which he never really finished. Just like the Standard Gauge Railway, Universal Primary Education for all and so fourth.

There are plenty of pledges and promises never realise or actually do. The President has promised the world, a fundamental change, but that hasn’t come. The King never let thy Kingdom Come, thy will be done. He has eaten in office and forgotten his vision, his vision and the 10 point programme.

That he praises his economy, when the budget is mostly financed with debt, raising loans and grants for development projects. There are over half of the budget covered with debt and already paying trillion of shillings a year only in interests alone. Therefore, him praising the economy is a bit far-fetched when deficit financing is the key to operate. You know something is up and that is why he needs to sweet-talk the dignitaries yesterday. They are the ones giving him the needed funds to cover his life-style and pay off his cronies.

The state have not the capacity nor the revenue to continue at the current state. That is why its loaning itself to oblivion. That is why the budgets are crushed and suddenly lacking funds for salaries, arrears and whatnot.

If he had so many achievements he wouldn’t need to beg foreigners for donations and grants. He has done this for over 3 decades. If he was such a great head of state the state would have been able to gain natural revenue on itself for its expenditure. However, we know that is not the case and his not interested in that.

I think if Amin’s reign is relevant for his achievements. today Yes he made peace, but a fake peace. A peace that is fragile, because he needs the army in every instance and at his beckon-call. There is very little remaining of his achievements. They are dwindling away and his merits on civic, social and political levels are being traded away for the cost of his prolonged reign. It is like he wants to burn the little efforts of the past on the glory of being the ruler at present day.

The rest wasn’t all him, but he tries to take credit for everything. He wants so badly to be the father of the nation, but lost his grip. Since he lost foothold of reality and of the course the Republic needed.

So in this regard, should the old man with the hat still be claiming greatness in comparison to Amin in 2020? Does the younger generation, the new electorate really care about that? Does the future hold another destruction of society and another civil created out of the space post-Amin?

If so, then the merits of Museveni is all at question. As the warnings that he might rejuvenate a similar fashion of elections like in 1980. That is how we are repeating the same ills of the past and letting one tyrant continue the tyranny. This is why the President wants to praise his achievements after him. Everyone will look golden if they are trying to compare themselves to Amin at this point.

Mr. 1986 should be careful about talking about his record, his achievements and his reign. The President has had his time. The time that he hasn’t spent wisely, except for finding ways to overstay.. Peace.