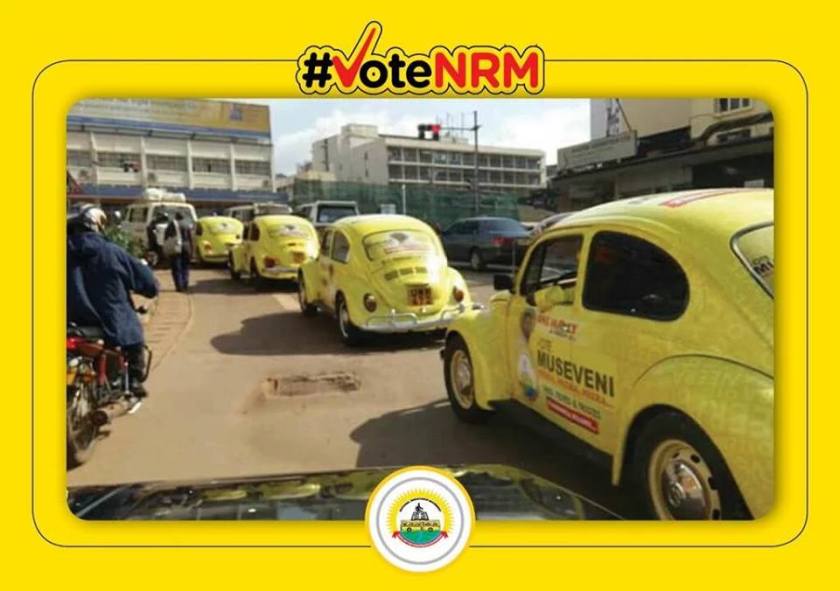 Last year in 2019, there was reports of a new Social Media Task Force for the National Resistance Movement (NRM), which had up to that point hired 49 people. The NRM already had their Social Media Activists (SOMA). So, they had two units work in co-ordination with each other. This is all attempts to steer the narrative and control the air-waves. Not new in that regard, but using modern methods to hit the public with information.

Just like all the other entities, which are government friendly press like the New Vision Group. The UBC, Government Citizen Interaction Centre (GCIC) and Uganda Media Centre to name a few.

In these COVID-19 lockdown times. The NRM together with the leader of the pack of the NRM Social Media Task Force, Duncan Abigaba have shown that they are feeding 245 bloggers. This is done through the kindness of Muhoozi Kainerubaga or the friends of him. They call them “Yellow influencers or bloggers” because that paint the picture. Even the blogger of Ashburg Katto is in the mix, so it seems its not far from the prison-cell to eating of the hand of the system.

These people will be instrumental to get the right vision ahead of the General Election of 2021. This is why they are even now doing deliveries and feeding them food. They are getting serviced by the state for a purpose. Because, these influencers can sway public opinion on social media and various of platforms. That is why Promoter Baalam and the Social Media Task Force of Abigaba is involved in this.

This is ensuring loyalty, as the payment of some rice and other foods during the pandemic. Will remind these Yellow Influencers whose their friends. They got to eat in the midst of it all, because hey are useful right now and in the future. Their platforms on the various of social media will be vital.

Its like 120 personalities on Social Media and about 120 bloggers, which is getting this treatment. This means these people are included and selected out, because of their writing and their content. This is because Duncan handpicked them and know what their up too.

That is what is striking is the amount of effort and to show their names on social media. These is our folks and comrades. Just go into Duncan Abigaba page on Facebook and the whole list will appear. It expose the ninjas writing and working directly for the NRM.

The Yellow Influencers if you may. The friends of Muhoozi is allowed to give these foods without any reinforcement of police nor any meetings with authorities. Because, they are working in-directly for the efforts for the state. This is partisan politics at its best. That information is being dropped on the day the UPF disclaim everything about Zaake whose healing after torture. That is the sort of state the Republic is in.

Where Yellow Influencers can get a food-drive by the Son-of-the-President. But opposition doing the same to his constituents are healing in the hospital after meeting the authorities. That is the double standard and the realities on the ground.

That Baalam and Abigaba is above Zaake is now clear as day. That the Yellow Influencers are important is clear too. They will be a tool into the elections and the campaigns, spreading the message of the “Yellow Bastard”. Peace.