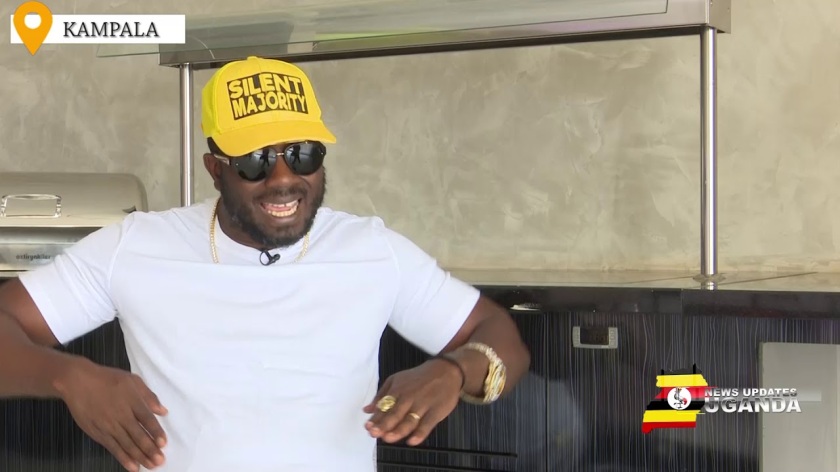 “We make example out of you haters runnin’ your mouth

Bebe Cool aka Moses Ssali came into issues this weekend as he participated in a concert in Kampala. Not that this is shocking, as the National Resistance Movement (NRM) friendly artist and mobilizer. We are talking about rowdy youths and civilians throwing bottle at someone who defends a tyrant and supports the tyranny he runs. Therefore, my sympathy for the man is very low.

However, this is the recent report on the matter:

“The police have arrested 11 suspects for attempting to disrupt a music concert at Lugogo Cricket Oval over the weekend. Police says the suspects are accused of booing and pelting Bebe Cool with bottles while performing at the Boom Party Music concert” (09.03.2020).

We also know that Senior Presidential Advisor on Special Operations Muhoozi Kainerubaga came out in defence of the musician and wondered why the Police Force hadn’t arrested anyone in association with this. Clearly, they got the memo and captured 11 people from the event.

What is special about this, is that it is a non-issue. It is side-show. This is not important. Not at all. There are people who are arbitrary arrested, tortured and killed by the authorities. While, Bebe Cool asks for sympathy and good vibes.

Like we should feel sorry for this man? Really?

Yes it is bad throw bottles at someone. First, at least he gets to performed, get to spread his message and show his loyalty to the President. If your a critic and wants to grab the mike, you get singing into the pen. That is just the way it is, if not you get taken away without any warrants, moved between prisons and suddenly dropped off with bruises and needle holes. That is just what the state does to you.

It is not like Bebe Cool doesn’t deserve free speech, nevertheless, so does everyone else. The same day he cries foul over the weekends actions. There is reports that a opposition sporting event was cancelled, because VP Ssekandi was holding rallies or whatnot in the same area and the old man couldn’t have competition. The NRM is allowed to do everything, while the others are blocked. This is why there is little care for the likes Bebe Cool.

Bebe Cool can do everything. He can knock-up the daughters of the President even. He can do whatever without any consequence. His one of them. His the loyal water-boy. They threw a few bottle on him, but not like he needs treatment in India for the torture. Neither is he mentally fatigued by it. No one has blocked him to pass through Kololo or pass through any neighbourhood in Kampala. Not been arrested or even had people associated with him detained.

No, everything is just COOL with Bebe Cool. The man of the hour, the man of the 86ers and the whole brigade of Yellow. The Silent Majority, which isn’t that silent. They cry like babies over banana flies, but wouldn’t save a famine, except if it hit Mbarara. That is just the way it is.

Call your master up Bebe Cool, You can be like your name sake: “Let My People Go”. Maybe even cross the river and see the promised land. Because, your enemies never seem to get there. You should ask your man to stop these bottle and maybe block them from being at the venues. No more bottles at concerts or rallies. They are banned from entering. Just like People Power and FDC is not allowed to operate. That seems like fitting the bill. Peace.