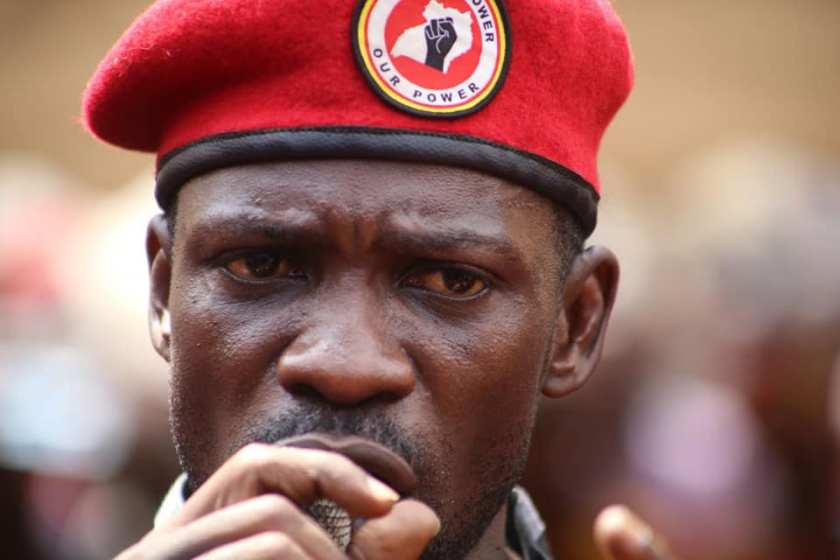 The Lieutenant General Muhoozi Kainerubaga, the son of the President entitlement has been shown all week. His presence and his stance on social media, as well as his paid handlers to promote the “Project Muhoozi” is a drive to stand as a future candidate. This combined with his sentiment of talks with People Power Movement and Robert Kyagulanyi aka Bobi Wine. Just shows his lack of finesse and understanding of it all.

His grown in the State House, his a Presidential Advisor for Special Operatives and former leader of the Special Force Command. His military training, but has never represented anyone, other than being part of the clan and being next in line to the Ssabagabe of Rwakitura. This is really it. The man should know what troubles, what issues the state has inflicted on Bobi Wine. However, that is not obvious to the man, whose living in a glorified bubble. Certainly either in Kololo or somewhere else in affluent suburbs of Kampala.

Muhoozi should praise the Gods for the reluctant response of Bobi Wine. Bobi Wine could have answered with all guns, he could have retorted with a fierce message. The one scorned by the state is him and his people. He is charged by the state in various of criminal cases, he is charged with treason and awaiting trail for dozens of them. Bobi Wine has been tortured and needed healing, even was blocked for a while to travel to the United States for treatment.

Muhoozi should also not forget all the associates, all the activists behind bars. All the ones who sudden vanished, killed and disappeared. The ones who is close to Bobi Wine get caught and suddenly stop breathing. Because, that is what the state does to them at the moment. Either in the pen or dead. This is the manner of which the state approach him and his people.

Muhoozi when he speaks of war and peace, his father and the agencies around him is in direct warfare against People Power. They are assaulting and directly using all arms of government to oppress and silence them. It is not like Bobi Wine doesn’t know that or doesn’t feel that. Not like he can perform, have meetings or be active. Muhoozi can play a fool, but that’s not cool.

Lt. Gen. Muhoozi is a bubble, a bubble of entitlement and braggadocios flair. That is who he is and seems to be. He got handlers promoting his every breath and former stints. While, the ones rising with popularity is going through hell and fire. The hell and fire created by the state, which let’s the Lt. Gen self-promote himself because of his lineage and not because of anything he has produced or created himself.

Bobi Wine deserves credit for his retort. However, he shouldn’t discuss or participate in talks. Unless, the state changes it ways and the way it oppress his associates. Since, there are to many lives lost, to many behind bars and to many hurt. Just because of association and not even acts of criminality. This is why Muhoozi should think for a little moment, but don’t anticipate that. Since, his is so shielded and highly regarded because the Ssabagabe elevated his stature to the stars.

So, Muhoozi do yourself a favour. If you want to talk peace. Get the commandos and the officers around Bobi Wine to back-down, get the soldiers, LDUs and the police officers to not assault, kill and arrest civilians in association with him. If you do that, then there might be a will. Especially, if the ones killing and torturing civilians get punished in courts of law. That would be even better…

However, Mr. Muhoozi, I know you will never do that. Because, then you would offend the Don. Peace.