Kabendera is free: However two articles published right before [his arrest] shows why he was detained… 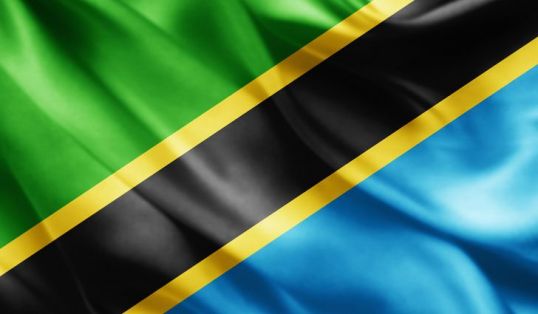 Erick Kabendera, the freelance investigative journalists who was arrested on the 30th July 2019. Whose been in jail ever since. First they looked into his citizenship, which was a non-started. Than later he was charged with Money Laundering, tax-evasion and criminal racketeering. That happen later in the year. Since, then he has been detained until 24th February 2020 as he paid a bond of a hefty sum of $125k US Dollars.

Before his kidnap, arrest and detaining of him. He had written two big articles questioning the CCM and President Magufuli. Both of these articles was in The East African. Like on the 6th July 2019 ‘Electoral body now moves to seal the fate of Lissu’ writes this:

“But, irrespective of the outcome of his push for his reinstatement, political pundits say Mr Lissu’s return to the country will likely currently limping from the effects of a campaign to close all political space and shut all avenues for anyone to mount a credible challenge against President Magufuli for the presidency next year” (Erick Kabendera, 06.07.2019).

Later in the month before his arrest, this was co-written with Christopher Kidanka in The East African, which is titled ‘Could Tanzania’s Magufuli second term bid face opposition?’ on the 20th July 2019. Where he states this:

“Former CCM secretaries-general Abrahman Kinana and Yusuf Makamba last week issued a letter alleging a plot by powerful people in government seeking to frame former CCM and government leaders for treason. The letter has attracted counteraccusations from President Magufuli’s loyalists who stand by their claims. The president’s supporters accuse former party leaders, including the authors of the letter, of ganging up to undermine the party and go against its tradition of allowing two terms in office for the presidency.” (Kabendera & Kidanka, 20.07.2019).

Clearly, these sort of reporting is humiliating to the President Magufuli whose expected to be praised to stars, the moons and the above the skyline. The CCM is supposed to be unison and follow the President blindly. That’s why Kabendera’s articles are earth shattering. Because, this is the sort of written scoops, President Magufuli doesn’t want to have out.

He wants headlines of brilliance, greatness and be the glorified bulldozer. The man who makes changes, big-business and generate wealth for the United Republic. He doesn’t want to look foolish, ignorant or stupid. Neither does he want any dissent in the CCM party. That is why these two articles are a reminder of what Magufuli hates and had to make-up charges to get Kabendera behind bars. Peace.