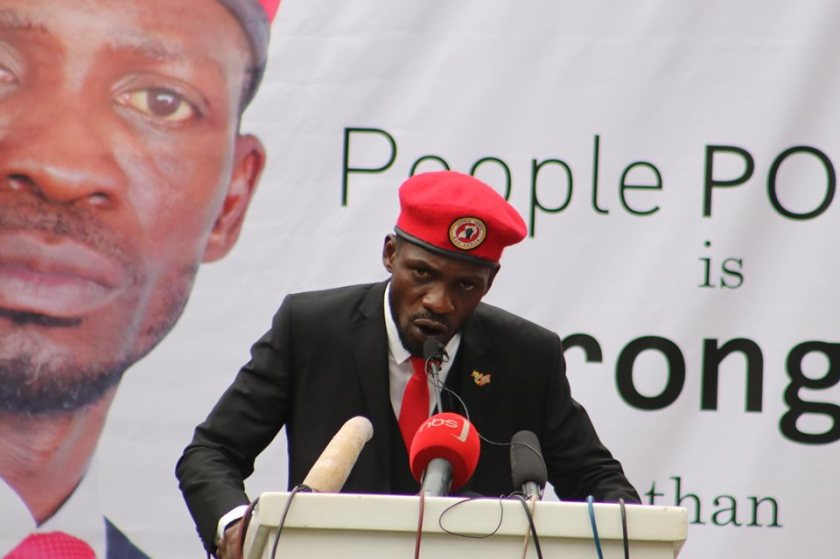 At this point of time, we can establish one fact. That it isn’t really about Robert Kyagulanyi aka Bobi Wine nor his pressure group, the People Power Movement (PPM). No, it is all about the President and his fellow loyal authorities. That is what its all about.

As a Presidential Candidate, as a newcomer trying to comply and follow directives is impossible. Because, the goal-posts switches, not only has he to follow Presidential Elections Act and Public Order Management Act, but also the Electoral Commission Elections Road Map in coordination with the Police Force. All of this is blended together in a mix, which is a distasteful arrogance of the state to stifle his and their efforts of actually ensure a steady campaign ahead of 2021.

I wonder, why doesn’t any other candidate go through this mess? Why isn’t it this hard for the National Resistance Movement (NRM) and their candidates to hold rallies for Jim Muhwezi or Sam Kuteesa’s daughter? Why are they off the hook?

Well, it is because it’s not about them. It is about the President and his lack of popularity. Bobi Wine has a popularity and a swagger, which the President cannot replicate. A sort of political finesse, which he doesn’t have. Even if he appoints every single from the ghetto and pays them off. He will still not have the flair nor the ability to gain support like Bobi Wine.

That’s why these hardships for the PPM and Bobi Wine. Is initially all about the President and the President’s Men. Who are all fighting to show their support of the President and his cause. They are making it impossible for Bobi Wine to do his bidding and his consultations. Because, that serves the State House and the Kitchen Cabinet. It all makes sense.

It is not like the President could win in a free and fair election. If so, he would be gone a long time ago. He has to trick the stats, rig the ballot boxes and have all his appointed buddies in every single government body to ensure V-I-C-T-O-R-Y. Because, it is not like he would win it by his message, nor his track-record in office.

So, the struggles of the PPM and Bobi Wine isn’t really about them. It is about the President and the orders from “high above”. Bobi Wine and team can comply all they want, but it won’t amount to anything. Only prolong the agony and shed more tears, as the time is spoiled ahead of the 2021 elections.

An election where the results are already cooked, ready made and soon served. Peace.