Opinion: Lungu and Magufuli are two sides of the same coin 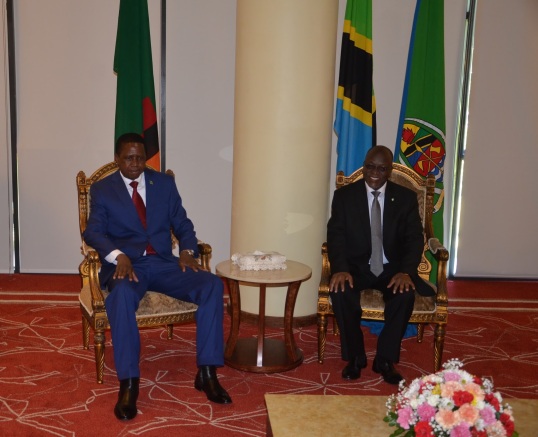 This week has been a lesson, people should be aware that the Zambian President Edgar Lungu and Tanzanian John Pombe Magafuli are using similar tactics to stifle their opposition leaders. These two gentlemen in power is using their authority and state apparatus to stop them.

President Lungu will most likely target his main competitor Hakainde Hichelema (UPND), expect that HH will be in trouble regardless. HH was not only targeted by the Police and used tear-gas on the crowds as the President wanted to hold his rally at the same town. Lungu instead of being a statesman. We couldn’t expect that ahead of the elections in 2021. As the Zambian authorities have blocked rallies just because they lack space in their prison locally last year. So, don’t expect HH to not get into legal trouble and somehow get the blame for the violence ushered from the state. Because, that was a guy like Lungu does.

President Magufuli will continue with his rampage and oppressive behaviour towards the opposition. This will be centred at ACT-Wazeledo Zitto Kabwe and CHADEMA’s Tundu Lissu. They will struggle to hold rallies, to get people to be candidates or even charged with money laundering. So, that they cannot be on the ticket against Magufuli. That is what the likes of Magufuli does. He will do it in the election year and all justification is national security, but they always hit the opposition and their candidates.

Lungu and Magufuli are using their tools, the state and their office to ensure yet another election. Don’t expect this men to play fair. Neither do they have any ideals, mythical ethos or a paradigm shift that will make a difference in their republic’s. Why do I say that?

Well, if you cannot compete in the political sphere on ideas, manifestos or political framework in general. Because, there is no space to do so in these respectable places. Since they cannot accept a fair competition, neither free nor fair elections coming up.

HH in Zambia, Kabwe and Lissu in Tanzania will all be in trouble as the elections are getting near. Their Presidents cannot manage to deal with opposition, neither with someone who has character or has the ability stand their ground. That is why, they got to make their ways illegal. To silence them and stop their movement. They will charge them with money laundering, treason or whatever thing they pin on the gentlemen. That is what the likes do.

If these presidents was sincere, they would have made them able to campaign and do internal party works. Even hold Press Conferences and so-on without meeting the courts. However, they are not allowing it. That is why they cannot stand for anything else, than themselves and their own glory.

A glory that will fade, a lack of acceptance and understanding of other human beings. Because, everyone supposed to follow the Presidents without any consideration. If they question them, you better keep it silent and not talk about it. Since, they might track you or let you into the same trouble as the opposition leaders.

These leaders doesn’t target goals or development at this point. They target their own will to stay in power and use any means to do so. If you think otherwise. Check their track-record and their platforms. Peace.