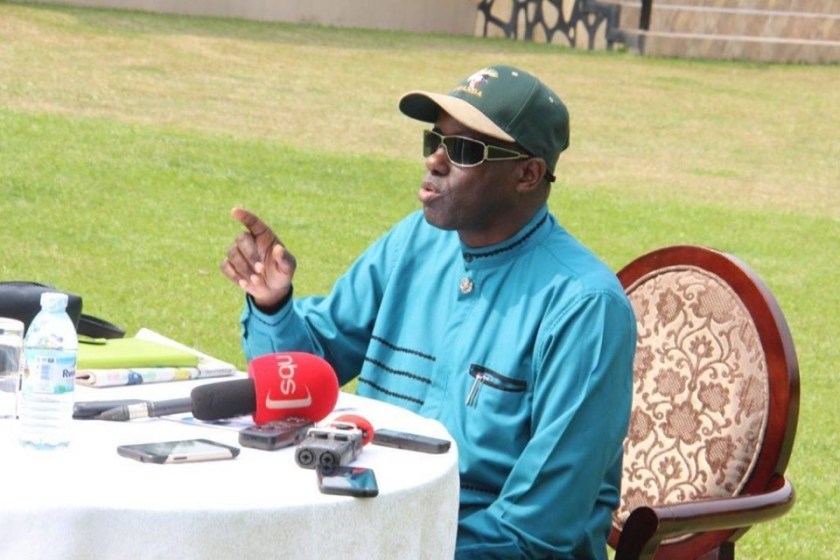 “What I know is there is safe houses but you (MPs) will not be allowed to go there because the laws does not permit you” – Gen. Elly Tumwiine on 28th August 2019

General Elly Tumwiine, the Security Minister and the one who has the oversight and governing role over the safe houses, the Police Force and so-on. The General has blocked the Human Rights Committee from the Parliament to access the Safe Houses. As they should be able to assess and report on the works of the state.

Alas, the General has denied that and even asked for the MPs to ask forgiveness for doing so. As they humiliated the owners and the ones whose running these houses. What is out of this world and lack of understanding of his role as a Minister. His not a higher ranking, above the people, but a servant of the public. His Security Ministry is in-charge of Internal Security Organization (ISO), External Security Organization (ESO) and Chieftaincy of Military Intelligence (CMI).

The National Resistance Movement (NRM) apparently needs these Safe Houses, as they are still keeping Nalufenya Prison also. The NRM are not interested in disclosing or stopping these practices. That is why the Parliament and the Committee are doing this to the General. Since, the General are not willing to let them overlook the acts of it.

“Parliament has adopted a motion to censure Security Minister Gen Elly Tumwine for blocking the committee from visiting safe houses and repeated contempt of parliament and the office of the speaker. This follows a report of parliament’s Human Rights Committee that faulted Tumwine for blocking the committee’s work on safe houses, before also stopping the Director of Internal Security Organizations Col Kaka Bagyenda from appearing before the committee” (NTV Uganda, 05.02.2020).

The Parliament is not wrong looking into it. The General should be worried, when you easily access horrific stories of people whose been taken into these places without trial. Tumwine might think he can do it, because there is no repercussions for his actions. Neither will the NRM take any hits for this. Even as they continuing the post-colonial legacy of it. This practice was before the NRM and will hopefully be abolished after it.

“The word “safe house” has now almost gone out of use in Uganda, but multiple sources within the police and accounts by people who have been subjected to torture recently suggest that such places still exist. In his narration to the MPs, the tortured Byamukama said the beating that nearly ended his life did not happen in Nalufenya, for instance. He was blind-folded and driven to a location within Kampala City where he was tortured and was only dropped in Nalufenya after the fact” (Eriasa Sserunjogi – ‘ON WHOSE ORDERS? Torture as an instrument of repression in Uganda’, The Elephant, 29.07.2017).

Gen. Tumwiine knows these stories, there been several cases in Court, which the state has lost. As they are breaching the Constitution and their own laws. By not abiding to it, as they are not gazetted neither are the detained and tortured individuals following the courts nor the rule of law.

That is why Nalufenya is still a thing in 2020. He might be censored, but that will not change the fact of the innocent behind bars and tortured in ungazetted safe-houses across the Republic. Where people who dissent or who are troublesome to the NRM are put. Without trial, without justice and without answering in courts of law. They are guilty before even proven innocent. Instead of being innocent until proven guilty. Peace.